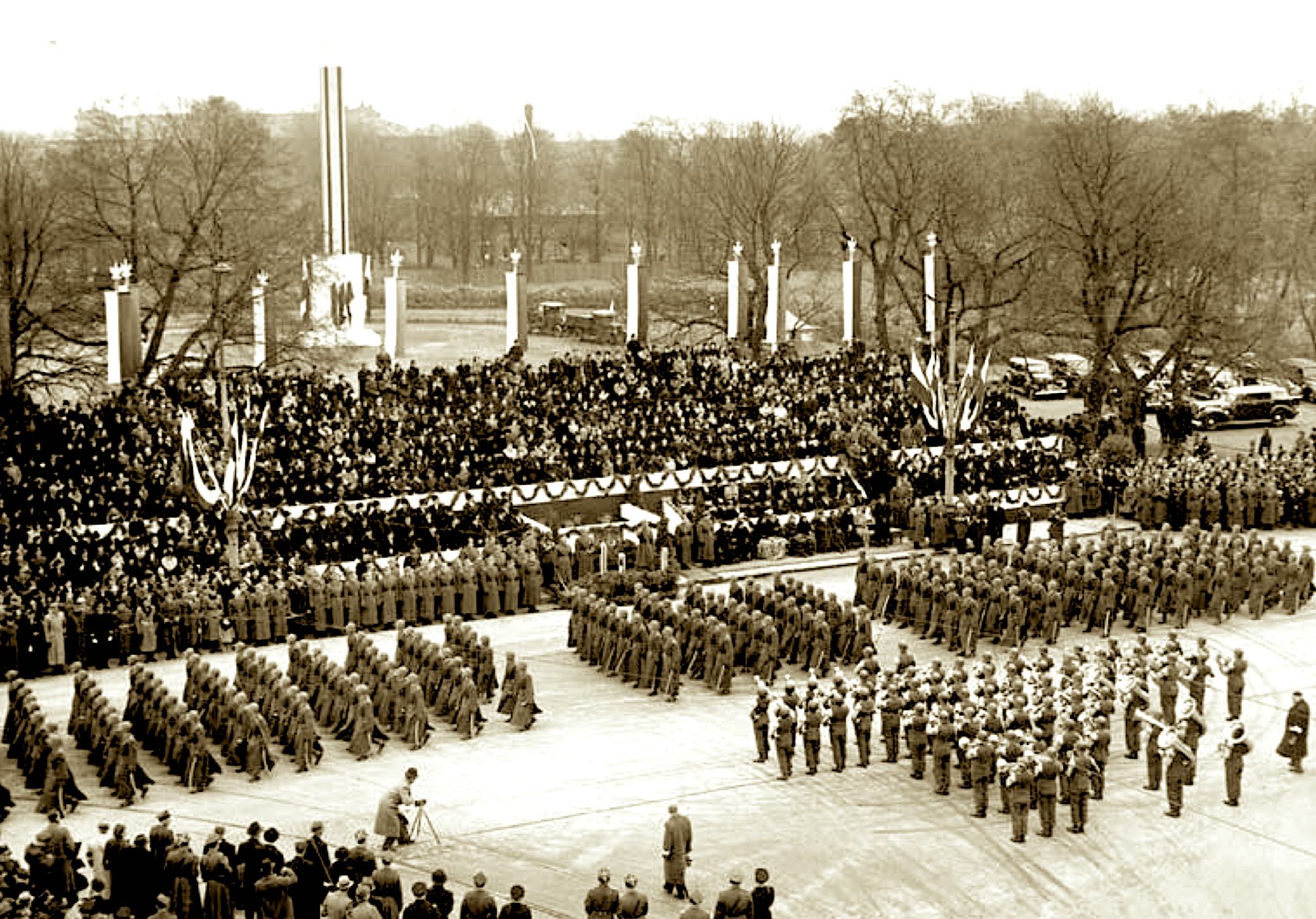 For those of us brought up on 11 listopada (11 November) concerts in which we were often on stage and attending obligatory patriotic masses, this day linked to Poland’s regaining of Independence in 1918 always brings back memories. You’d be surprised to find out, however, that the day wasn’t confirmed as a public holiday of celebration until nearly 20 years later in 1937.

Only after the death of the national leader Józef Piłsudski in 1936 and with threat of Nazism in bordering Germany, was the notion of a national holiday for Independence Day born. Due to political differences, there was never agreement on when exactly the day of independence should be honoured, given Poland continued to fight for its borders after 1918 and although military events had  been organised, it continued to be a divisive day depending on which side of the political camp you belonged.  In spring 1937 the government, sympathetic to the deceased national leader Józef Piłsudski finally declared:

“November 11, as the anniversary of Poland regaining its independent existence and as a day forever associated with the great name of Józef Piłsudski, the nation’s victorious leader in the struggle for the freedom of the motherland, is to be a solemn Independence Day.”

This film of Warsaw is from 1938, the second and last time the day was celebrated in the II Polish Republic due to the outbreak of  World War II. Military chief Marshal Rydz-Śmigły, leads the procession through Krakowskie Przedmieście with the church of the Holy Cross on the left. In hindsight the great enthusiasm of the public for the soldiers fills one with sorrow as these very men were to go to war less than a year later, some to perish in the September Campaign, others to be shot at Katyń by the Soviets and many more escaping to fight with the Allies in World War II. The most enthusiastic applause was for the processions of groups in regional costumes including the Górale (Highlanders).

Wilno (now Vilnius in Lithuania) like all cities of the Second Polish Republic, developed its program for the day in line with the national slogan of  “Unity of the Nation and Army”.  A Mass on the newly named plac Marszałka Piłsudskiego (previously Łukiszki square), an army parade was followed by a grand ceremony and military orchestras playing in four parts of the city. All academies and the university-organised events and religious services were held for all denominations. 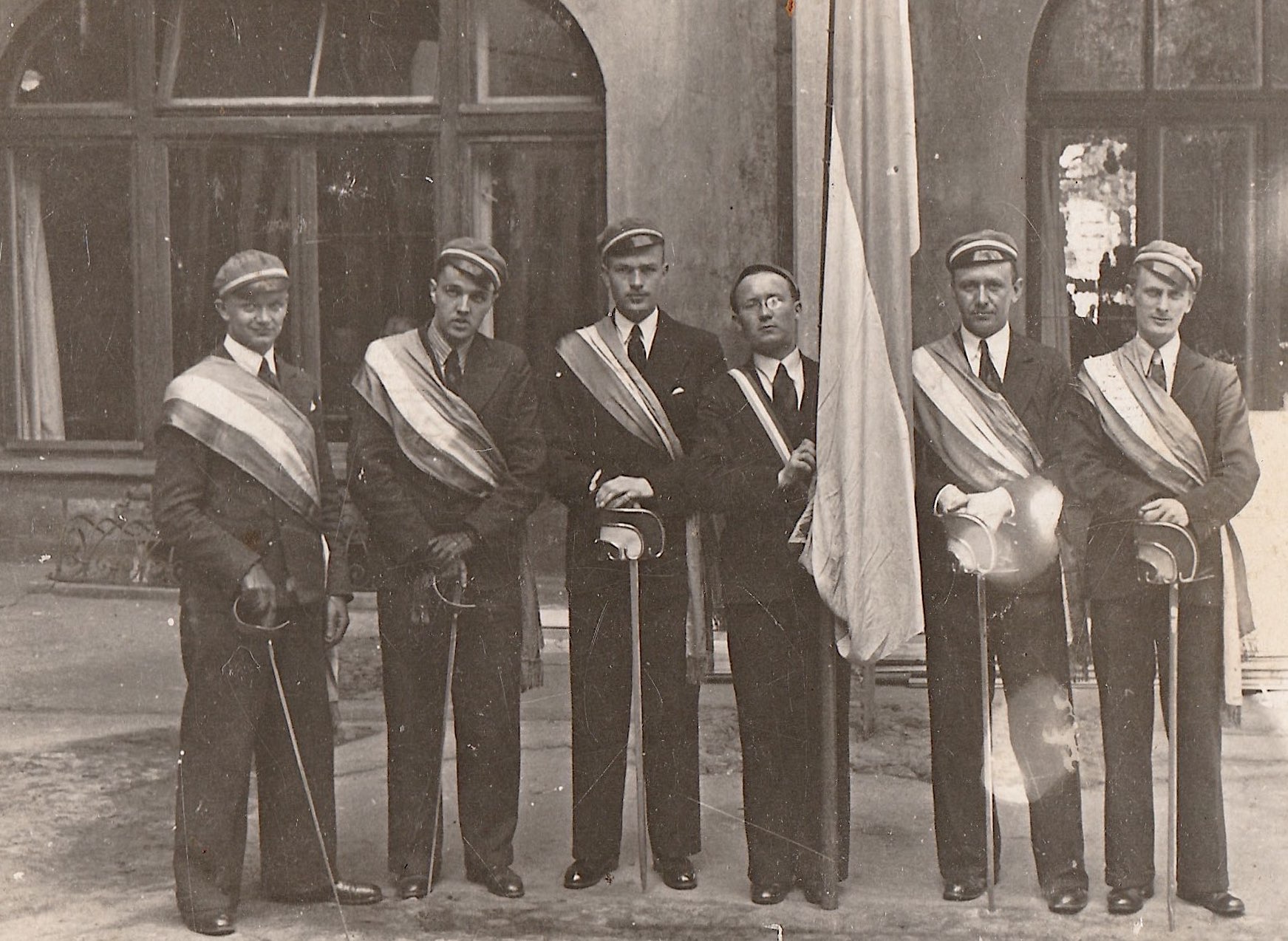 I’m adding a personal note here as this photo of my grandfather and colleagues gathered in their university club finery, preparing for a ceremony outside the Stefan Batory University in Wilno could have been for this event. Unfortunately there is no date on the photo so I’ll never know, but certainly the size of the flag would indicate an extraordinary event. According to participants, there was more silence, reverie and reflection than in other parts of the country but apparently the weather wasn’t ideal as like many celebrations in the preceding years it had the bad luck of being carried out in the pouring rain.

The most spectacular celebrations were held in November 1938 on the 20th anniversary of the defence of Lwów (now Lviv in Ukraine). After a mass in the centre of the city, a procession several kilometres long headed for the Łyczakowski Cemetery. Set to the music of the 19th century hymn “Boże Coś Polska” – God who for centuries protected Poland.

Another film here shows the celebrations in Łódź, once described  as the Manchester of Poland because of its textile trade. It’s heartwarming to see so many women’s groups and army training corps marching in the procession, showing the beginnings of a modern Poland.

Following a period of over 50 years without such celebrations due to the war and post-war communist government, it was only in 1989 that the newly formed III People’s Republic of Poland restored the state holiday of November 11 as the National Day of Independence.   Now it is celebrated each year with ceremonies across the country, with the main event held on Piłsudski Square in Warsaw, as it was before the Second World War. Divisions, however, continue as to how it should be celebrated and perhaps only with time, will this day evolve to be a day of unity.

This article was written on the basis of the following sources:

Warsaw Uprising: Why I stand to attention at 17.00 on 1 August
"Stańcie do Apelu” - stand for the roll call always sends a shiver through my spine. The silence just before a soldier or scout reads this at 17.00 on the...
205 Likes 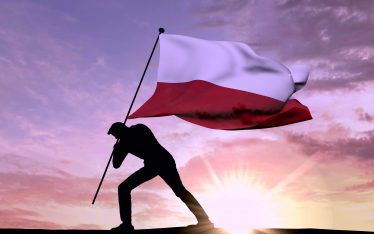 11 November – Pride in Poland’s rise from the ashes
Here's a few things every Pole should know about 11 November. Firstly, that it’s nothing to do with the UK Remembrance Day, it just happens to be on the same date!...
102 LikesLeave a comment
We use cookies on our website to give you the most relevant experience by remembering your preferences and repeat visits. By clicking “Accept”, you consent to the use of ALL the cookies.
Cookie settingsACCEPT
Manage consent