A glimpse into the UK’s ‘old’ Polish community 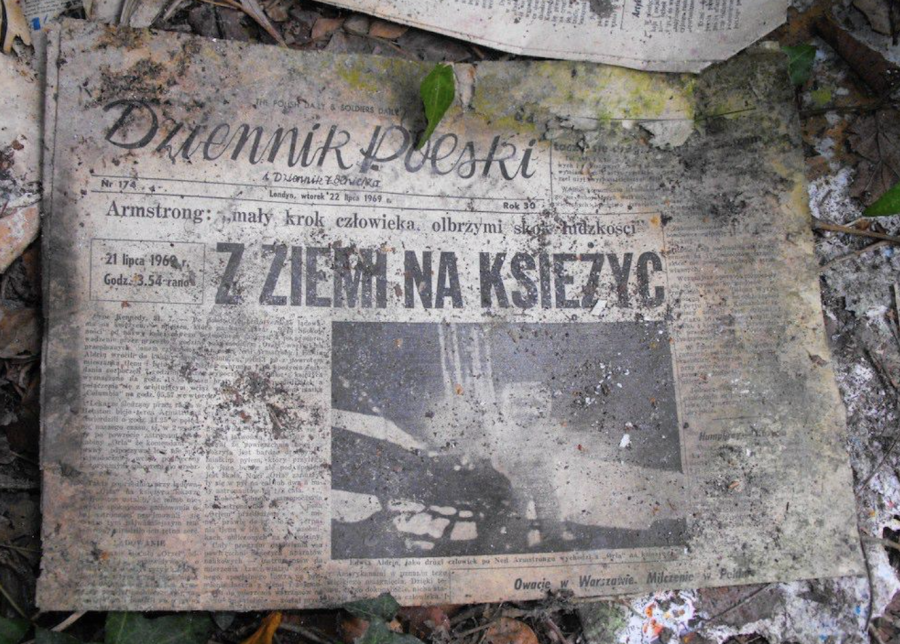 With planned changes at the Penrhos Residential Polish Home (near Phwhelli in Wales) in mind, I came across a gem of a film about another residential home, Ilford Park in the depths of the Devon countryside.  Both homes have been home to hundreds of  ex-combatant Poles and their families, many of whom represent the last Polish veterans of WWII in the UK.

While the Penrhos site was bought and run by its own charity in the 1960s, Ilford Park has its own, different history and in 1986 a documentary by BBC South West (over 30 years ago!) provides a glimpse of the sort of people I remember being surrounded by during my childhood. Children accept their lives as they are, without questioning: I wish I’d asked these wonderful people about their lives then. I miss them.

Ilford Park is the last remaining home run by the Ministry of Defence (MOD) since WWII. Originally there were many resettlement camps around the country, most handed over by the MOD to be run by a variety of organisations. Built for expected D-Day casualties amongst American troops it was repurposed to resettle members of the Polish forces into a new life in the UK; over the years it evolved into a residential care and nursing home for Polish veterans and their wives, many of them living with the unimaginable mental and physical scars of wartime.  Split into four parts on YouTube, it is full of characters we may not have met but have known many like them. The sight of one lady cradling and tending to a doll demonstrates the delicate care these people need. They feel very dear to our hearts.

The second part of the documentary covers weekly shopping trips to Newton Abbott market (the prices!), the lady who collects golf balls, parcels to Poland from a Duchess and family visits where we see the assimilation of younger members into British society.

A performance of Polish song and dance, playing cards around the vodka bottles and dressing up for Polish church.  Do you remember the effort that went into looking our best for church?

Finally, the documentary looks at funerals and includes a newer report about the move to the more modern Ilford Park buildings from 1992, built and funded by the Ministry of Defence.

We are reminded by Lord Henley, then Minister of Social Security during the building process, of the commitment made by Winston Churchill to look after the Poles. He had declared in 1945 that:

“Her Majesty’s government will never forget the debt they owe to the Polish troops who have served them so valiantly and for all those who have fought under our command. I earnestly hope that it will be possible to offer them citizenship and freedom of the British Empire, if they so desire.”

In the event, it took another two years of stressful limbo for the Poles before the Resettlement Act was enacted, enabling them to stay under a wide range of conditions including having registration cards naming them as aliens (in line with the Aliens Registration Act 1914) rather than being categorised as refugees of the nation which had been the first to fight in WWII.

While Penrhos is to be run by a local care company instead of the current Polish charity due to dwindling numbers of Polish residents,  Ilford Park is still going strong and I would dearly love to visit it. The current premises provide a home for 98 residents with a  residential care wing, a 14 bed nursing home and 3 independent bungalows.

The wife of the last President in Exile, Pani Karolina Kaczorowska still lives at Ilford Park. Deported to Siberia by the Soviets, after the arduous treck to Persia following release, she shared the fate of refugee children first in Asia then in the Koya settlement in Uganda, coming to the UK as a teenager.

It is now these children of servicemen and women who live at Ilford Park, having long ago buried their parents. Time marches on. Memories remain, but this documentary, to historians like me and of the future, are a priceless record of these anguished lives.

This article was written with the help of the following resources:

You may also want to visit the extensive site about Polish Resettlement Camps for first hand accounts.

For post-war Polish refugees, learning English was about so much more than words
Do you recognise a cultural divide in your early life between the Polish and English languages?
333 Likes
We use cookies on our website to give you the most relevant experience by remembering your preferences and repeat visits. By clicking “Accept”, you consent to the use of ALL the cookies.
Cookie settingsACCEPT
Manage consent