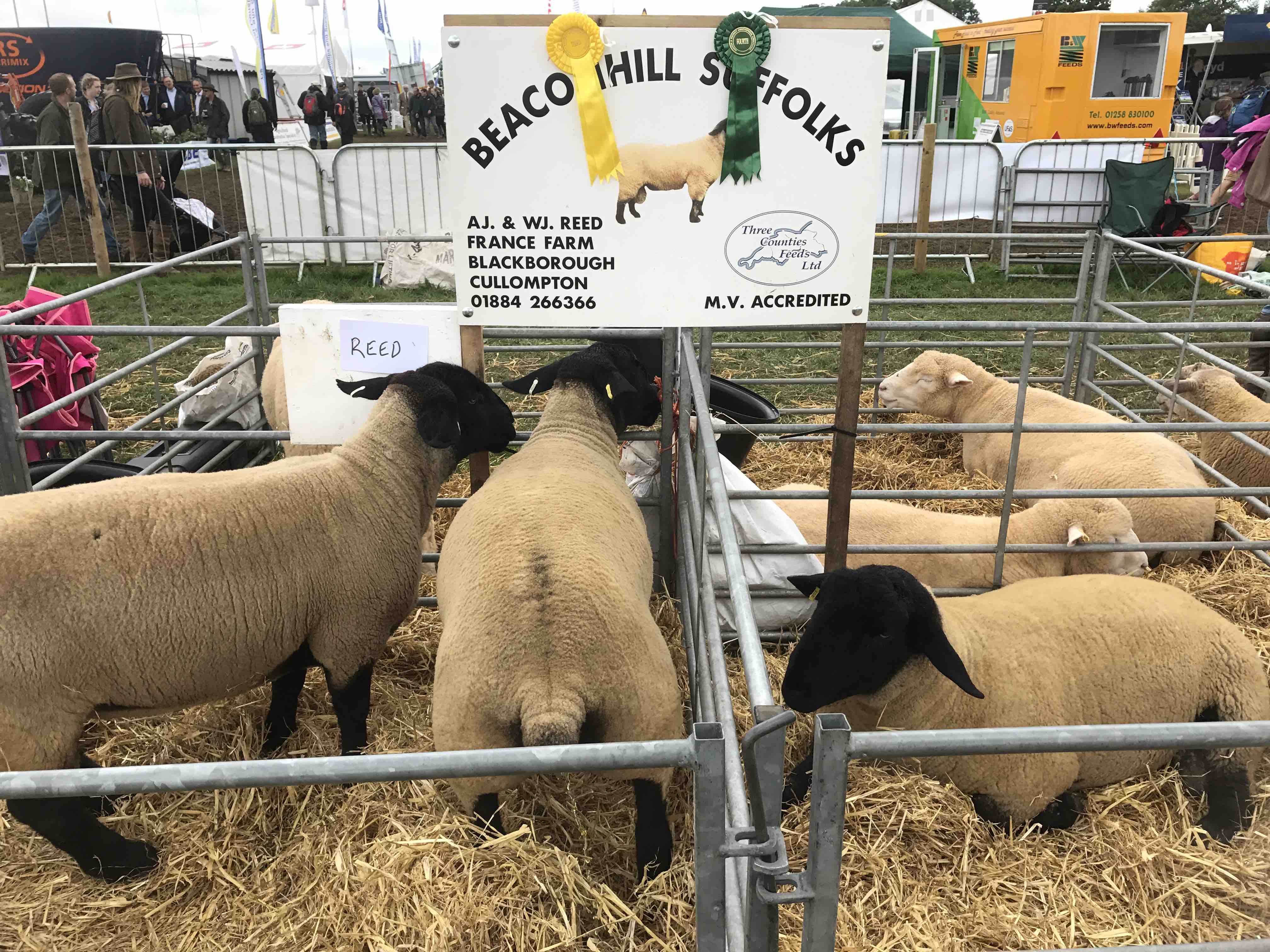 Here in Britain we love the idea of country life, to see cows and sheep in the fields around our towns and cities. Many dream of one day being able to buy a little country cottage to settle in, yet often buy the cheapest supermarket milk or meat (sometimes out of necessity), not knowing or really caring where it comes from, or realising how incredibly hard a farming life can be.  Even Poles, who came from the countryside have settled in towns and are losing these precious links.

In Devon this week I experienced a real agricultural show at Honiton, a showcase of local farming, working crafts and rural life. It was quite unlike other ‘country’ shows I’ve been to, which tend to be full of people in spotless Hunter wellies and immaculate tweed outfits, without a splodge of mud in sight. 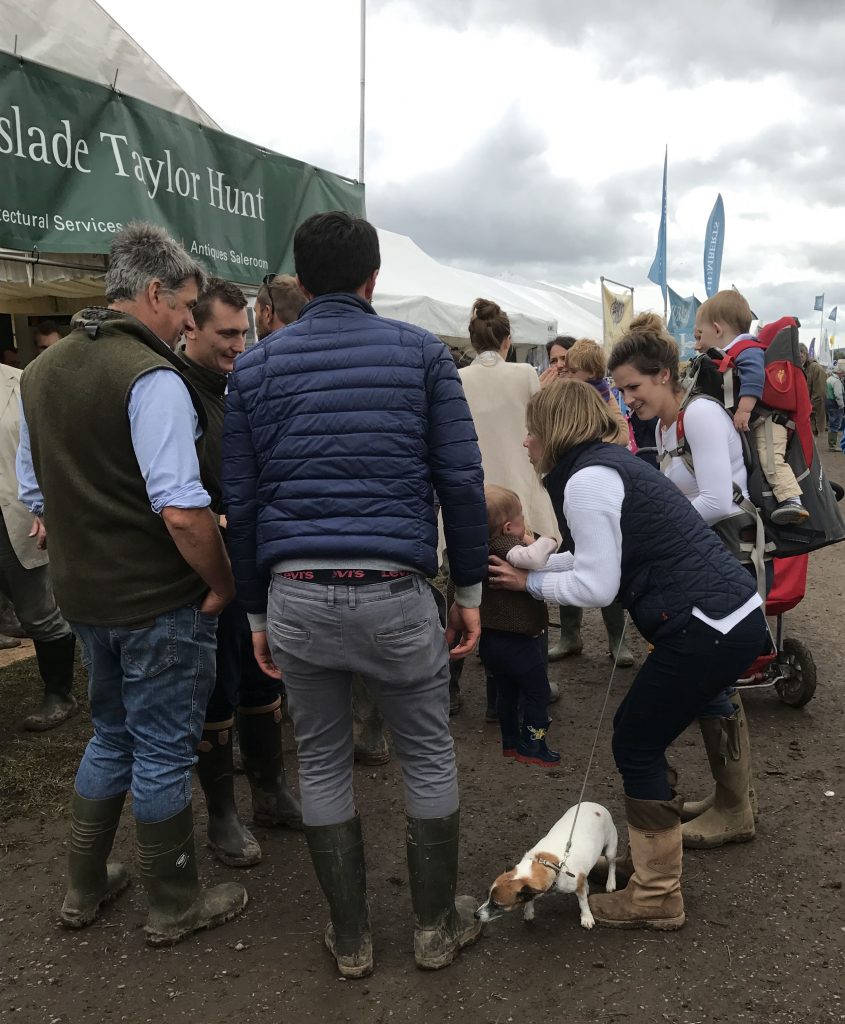 Not a Hunter welly in sight here, just hard wearing muddy boots and clothes, other than worn by those invited into the President’s enclosure for lunch or the bowler-hatted judges. 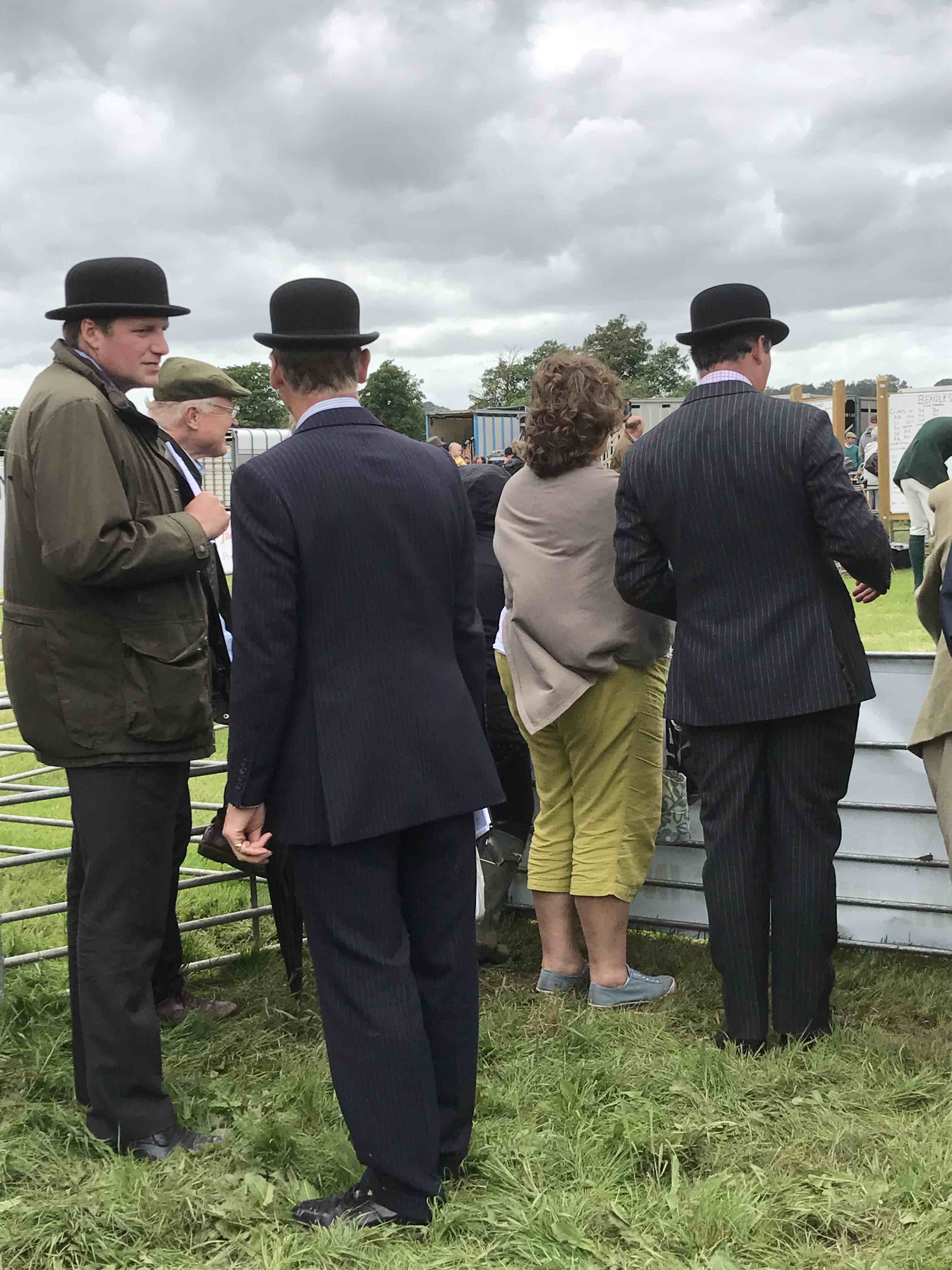 This was the real British countryside, hard at work.

One of the largest exhibitions was the tractors, which stretched as far as the eye could see. 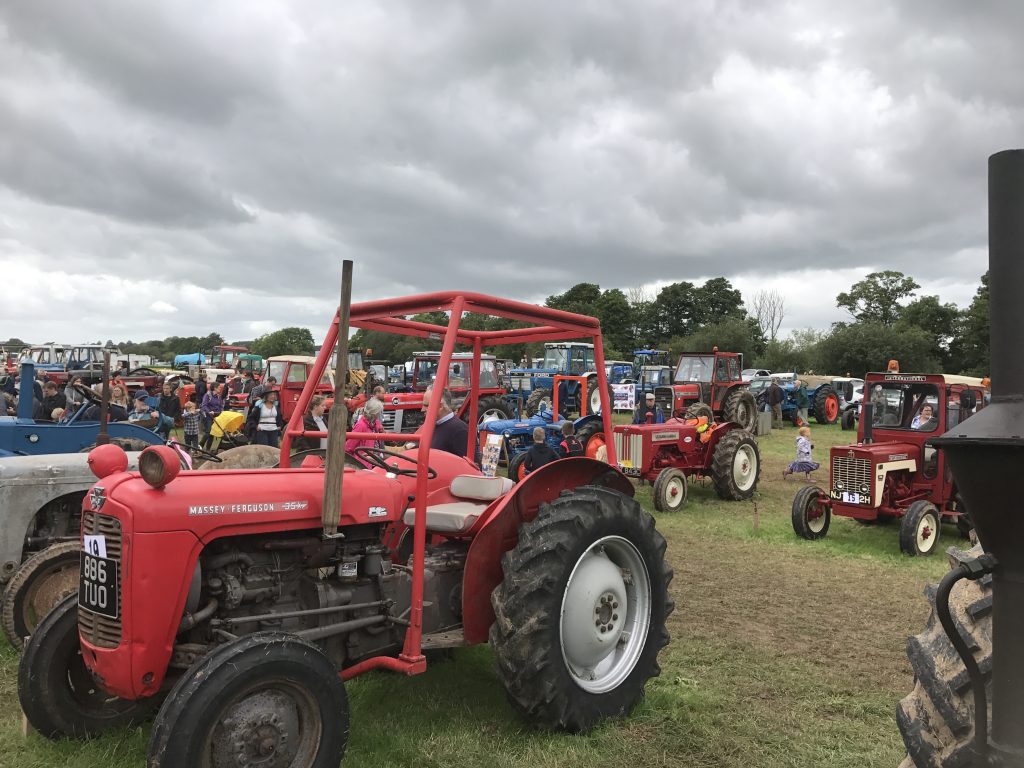 Traditionally held on the first Thursday in August each year, the Honiton Show has grown to become one of the largest ‘one day’ shows of its kind in the country.  Over 20,000 people attend the show and in the region of 1500 livestock entries are received. That’s a lot of judging to be done in one day! Despite other shows being cancelled due to rain battering the country, everyone managed the thick mud with British resolve.

Farm machinery, immaculately groomed cattle, sheep and horses were on show. Plenty of trophies are awarded each year and it’s a long day for many, as you can see here. 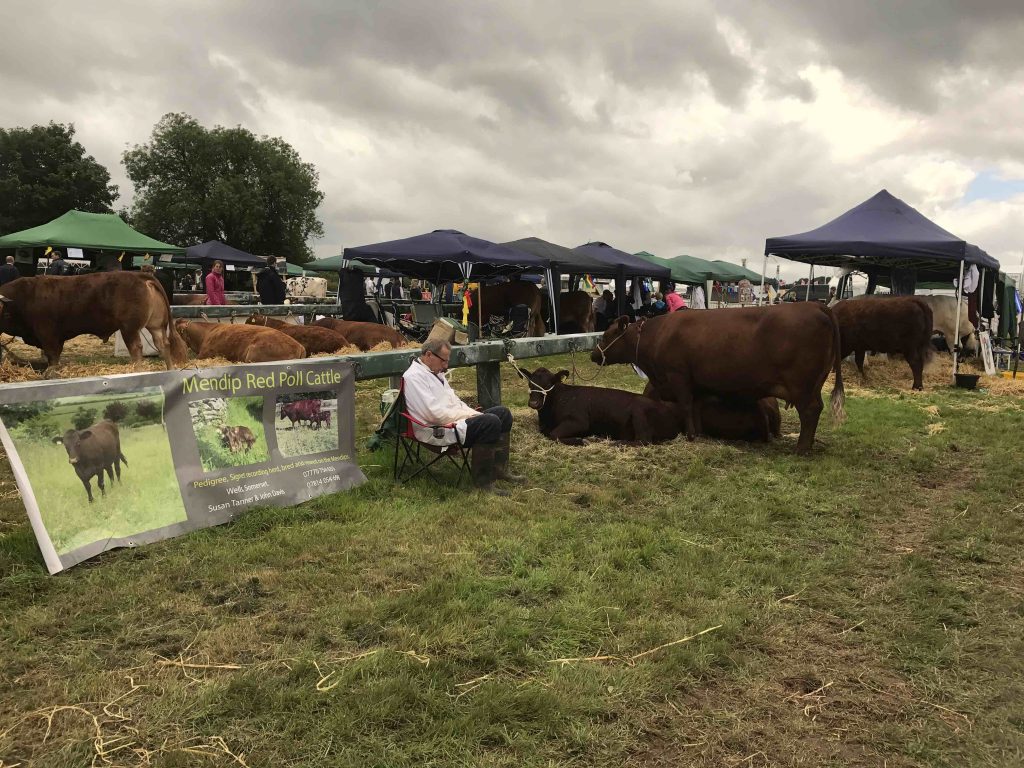 Prizes are generally no more than £30 or a commemoratory plate for a first place. But that rosette means a lot when you’ve spent a huge amount of time preparing your livestock to such immaculate condition (plus the bragging rights for the year ahead). 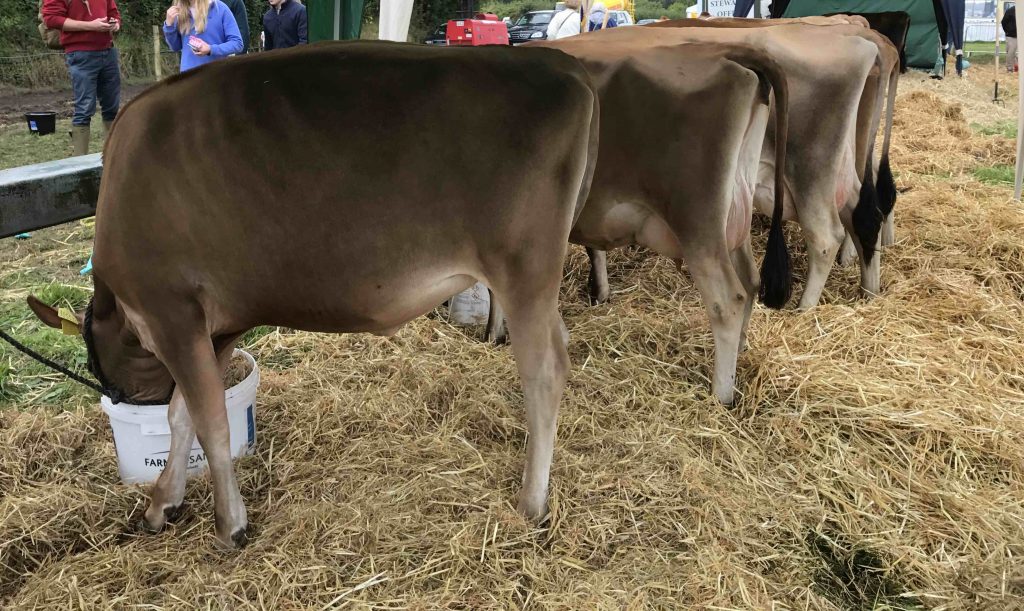 And if you wanted to win something, prizes at the show are far more useful than a bottle of bubbly: how about a load of logs? 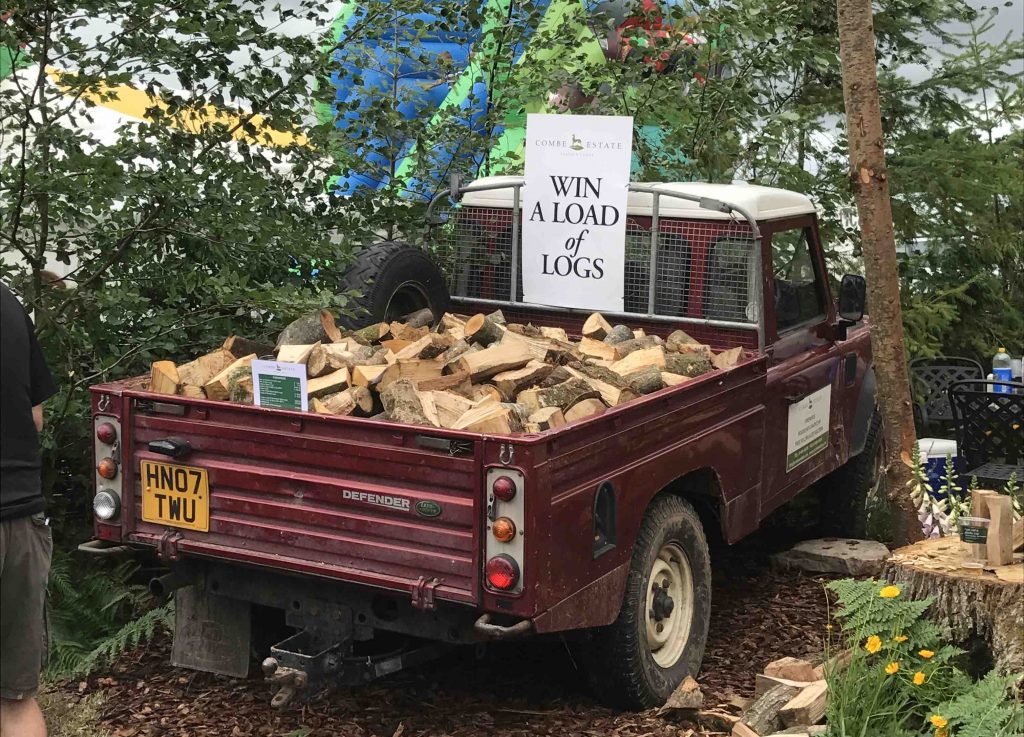 The show also includes the West of England Hound Show with entries from more working packs of hounds than any other event in the country. Whatever you think of fox hunting, these hounds are beautiful creatures and an impressive sight. 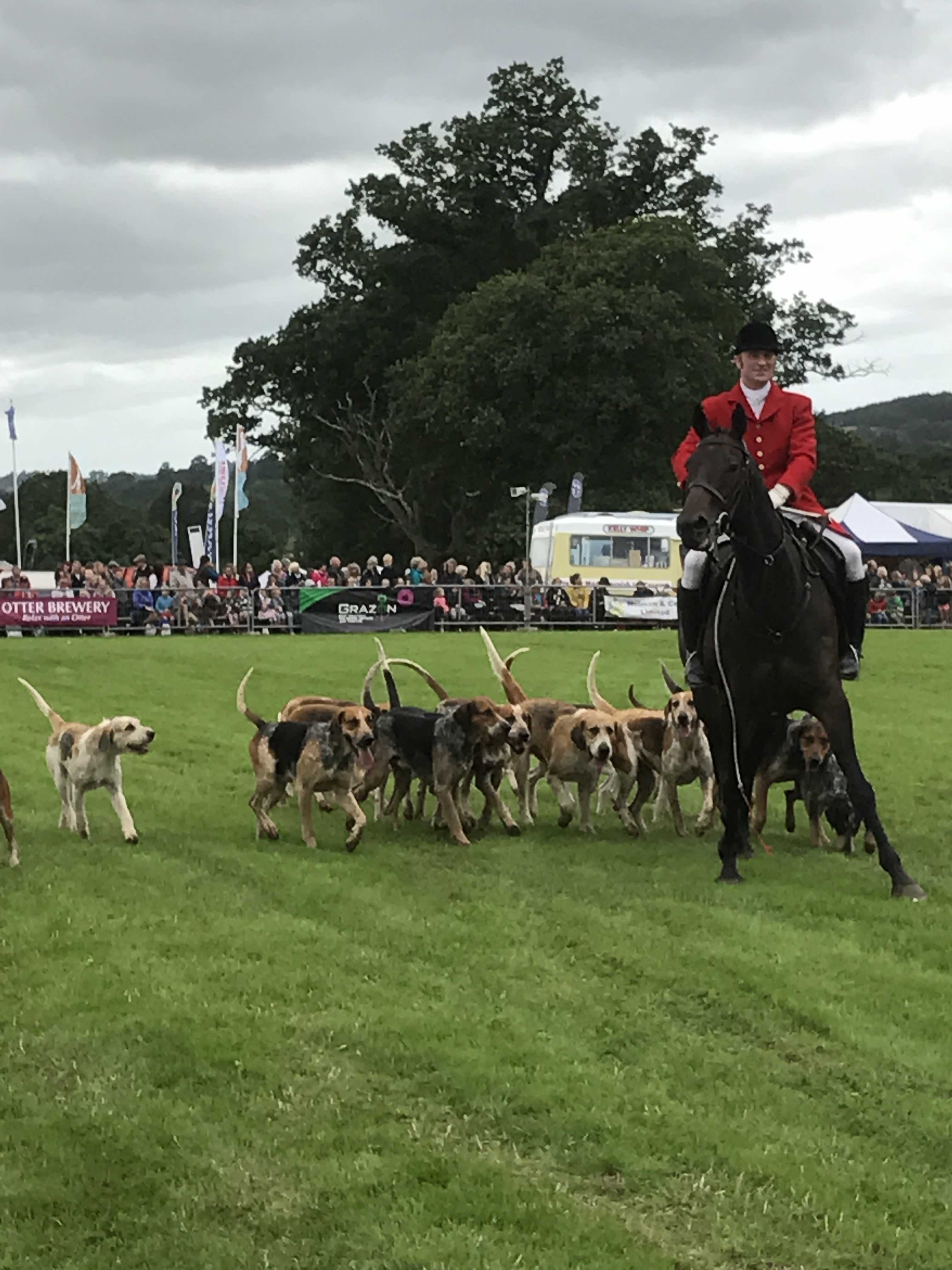 There was a huge tent displaying the achievements of young farmers – eggs, cakes, flower displays, baskets of home-grown vegetables and funny faces made out of all manner of produce. 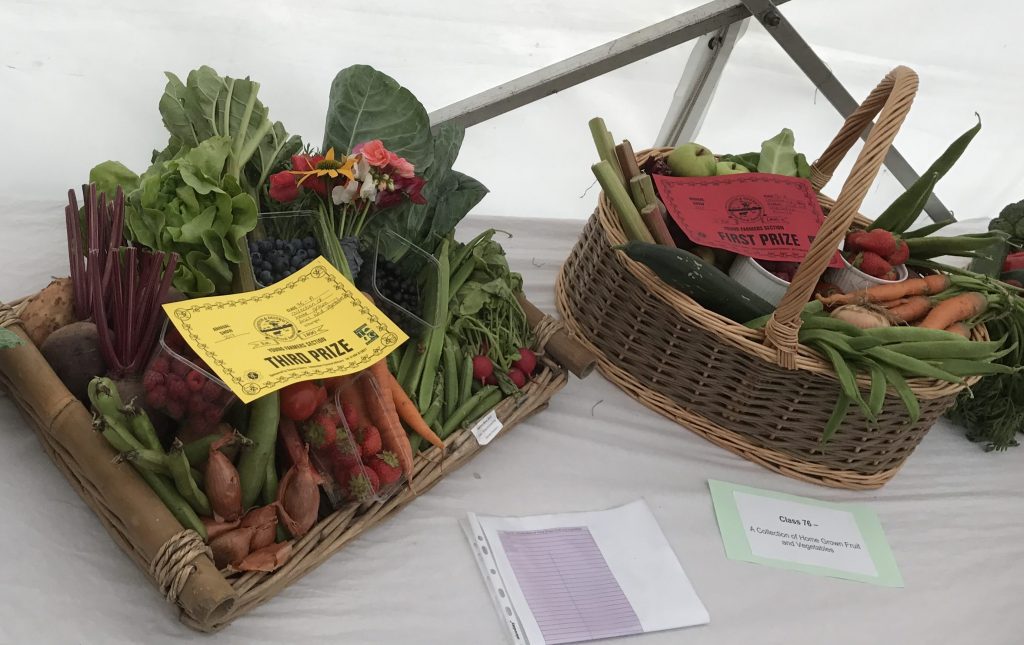 I missed the sheep-shearing (and the dancing sheep?), but there was something for everyone including a children’s area, a Motorcross team and two skilled aerobatic displays from Viper Aeorobatics in a Pitts stunt plane. 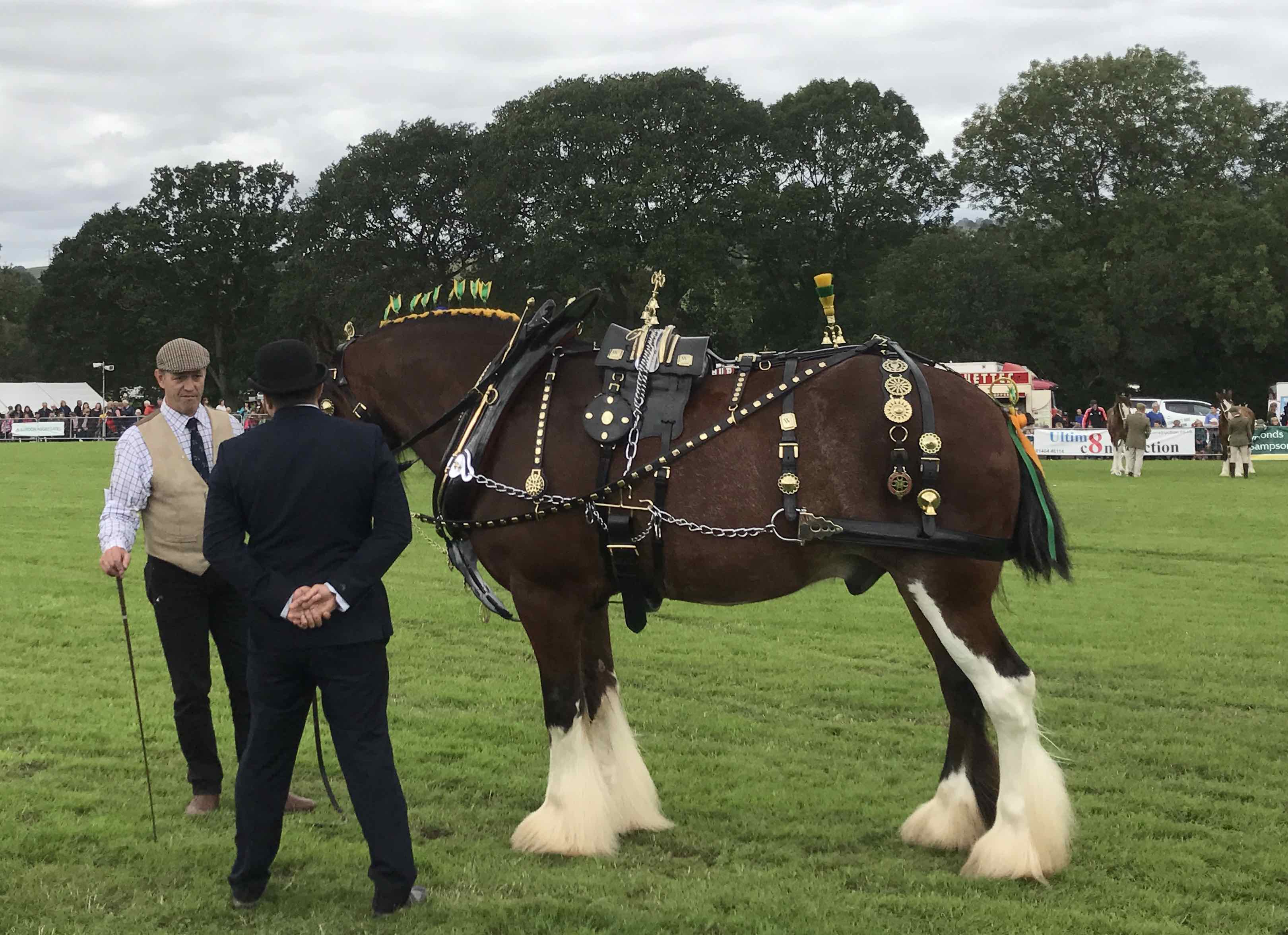 My favourite event was the heavy horse display. I remember the Tetley brewery carts pulled by shire horses in Leeds until 2006. Shire horses played such an important role in British history down the ages, including hauling cannons across First World War battlefields. These gentle giants are part of this nation’s heritage and sadly are in decline. Heavy Horse societies around the country just about manage to keep traditional skills alive.

There are still a few agricultural shows around the countryside to go to this year but there’s always next year and if you are interested to know more about British Farming, check out the NFU’s Countryside online Buying Guides – and support your local farmers!

A Polish/Scottish tale of Bonnie Prince Charlie and three Clementines
As the winds howl and the rain lashes against our Galloway steading (farm building) in south-west Scotland, I'd like to share with you a tale of three ladies. Their stories...
291 Likes
We use cookies on our website to give you the most relevant experience by remembering your preferences and repeat visits. By clicking “Accept”, you consent to the use of ALL the cookies.
Cookie settingsACCEPT
Manage consent