How did you first hear about the Holocaust ? 75 years since the liberation of Auschwitz

Which books or films influenced your knowledge of the Holocaust?  Although I had heard a little of World War II from my family by the time I was at primary school, the war felt like a taboo subject, a shadow that seemed to lurk behind all the members of my wider community. Like a double character, every Polish Saturday school teacher had a daytime occupation, never mentioned, but who they had been before the war – a schoolteacher or student, during the war – an officer, soldier or prisoner – was in that long shadow. No one was just themselves.  I grew up surrounded by Jewish families, I passed the local synagogue daily and enjoyed eating halva and delicious chałka bread from the Jewish bakery. But beyond a vague knowledge that they had also suffered, I wasn’t aware of much other than that they were relative newcomers to the UK like my family as a result of the war.

Aged 9, having moved to a new school with an amazing bookshelf in the classroom, I avidly read “When Hitler Stole Pink Rabbit” by Judith Kerr, and this book changed my life view. Suddenly I began to glimpse a little of the terrible, terrible history that had engulfed Europe before I was born. As I read I became very admiring of little Anna learning French so quickly when they arrived in Paris having escaped from the Nazis. I remember feeling sad for her too and the poor rabbit.  Years later I was delighted to find that Judith Kerr (author of “The Tiger who came to Tea”) wrote two sequels which I happily read, as I had always wondered what Anna did next and that the books were indeed a semi-autobiography of Judith herself.

Later, in secondary school I read about another Anna – “The diary of a young girl” by Anne Frank writing of her teenage difficulties and relationships with those around her in the claustrophobic Annex, hiding from the Nazis. She wrote with such feeling and hope for the future, that I have never really got over the hard facts of her slaughter aged just 15 at Bergen-Belsen.   I also read Leon Uris’s “Mila 18” about the Jewish Uprising in the Warsaw Ghetto, long before I should have as it is not for the faint-hearted, the utter cruelty of the Nazi regime once read about, never forgotten. It made me wonder about humanity, its strengths and weaknesses and I’m frightened at how quickly humans can be corrupted to commit such depravity. Whilst on reflection, the book has its own strengths and weaknesses, it was one of the first to bear witness to the events, published only 15 years after the Uprising.

Years later, when the Holocaust was much more widely talked about, I picked up Jan Karski’s “Story of a Secret State” in a bookshop not knowing anything about him. I was truly horrified that someone had risked everything to tell the western world about the fate of the Jews in occupied Poland and the Allied governments did nothing. I watched documentaries about him,  interviews he gave, a distinguished elderly man with military bearing who still cried at the recollection of the ghetto and I still cannot believe he is so little-known.   Finally only several years ago, as an avid fan of Kristin Scott-Thomas, I saw the film “Sarah’s Key” which follows a journalist’s investigation into the Vel d’Hiv roundup of Jews in German-occupied Paris in 1942,  again, a rarely talked about period of France during the war. The book by Tatiana de Rosnay on which the film was based stunned me, making me aware of the absolutely heartbreaking effects on survivors and how historical events which cause massive rifts between communities can be swallowed up by contemporary events and be truly forgotten. It summed up the trauma and pain that survivors carried with them, long after WWII had ended.

Of the many books I have read on the subject, these are the ones that have stayed with me. There’s another one I would like to read of which I only heard this morning on the radio, “The Choice” by Dr Edith Eva Eger, detailing her experiences and life path which is described as “an incredible journey and victory of the human soul over the pain of human degradation.”

I wonder what shaped your understanding of the Holocaust? Each person has their own journey through the horrors of knowing about it, of the many nationalities who died,  of the survivors and of the absolute necessity for memory.  75 years after the liberation of the concentration camp Auschwitz, memory is the only way to honour the lives that were lost, the people who have no shadows and of those who have had to carry those shadows with them throughout their whole lives. 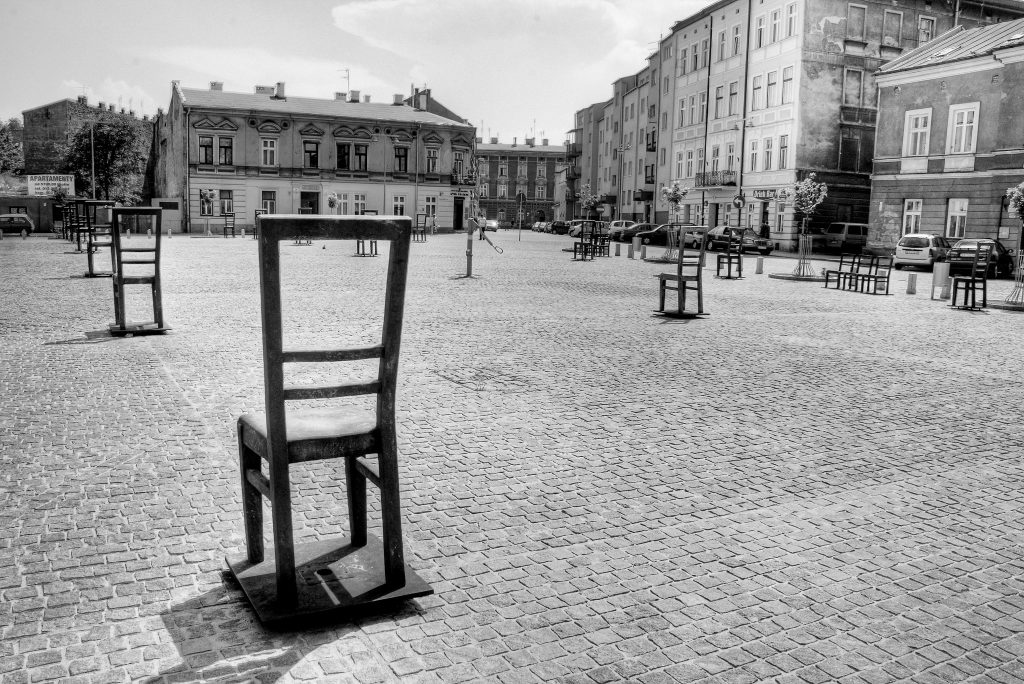