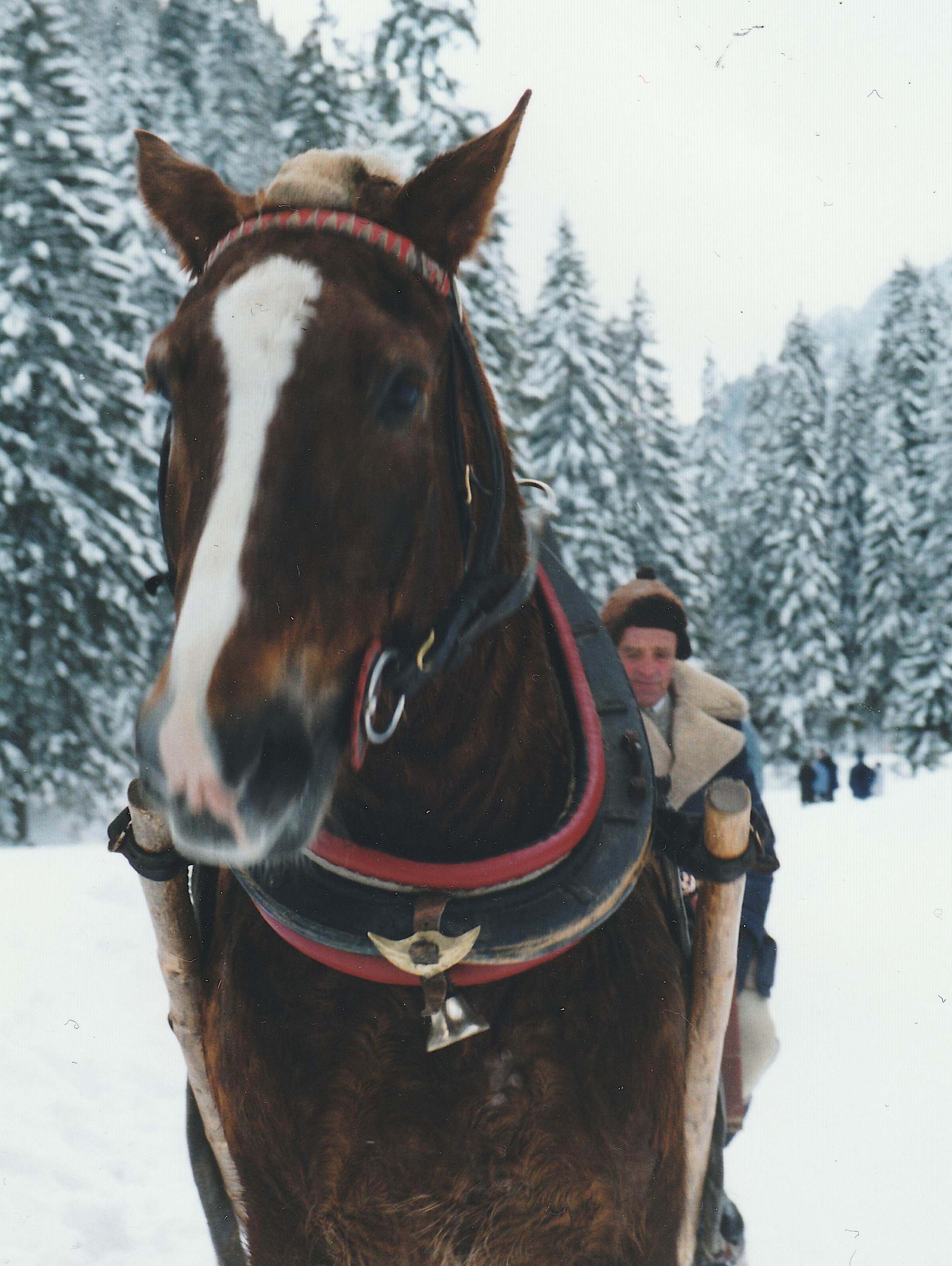 This Christmas I’ve been dreaming of the Polish tradition and romance of kuligi (sleigh rides). Who wouldn’t want to be sliding swiftly through the night underneath a frosty sky, behind horses trotting along with their harnesses merrily jingling in time. But did you know they were once a sign of defiance? 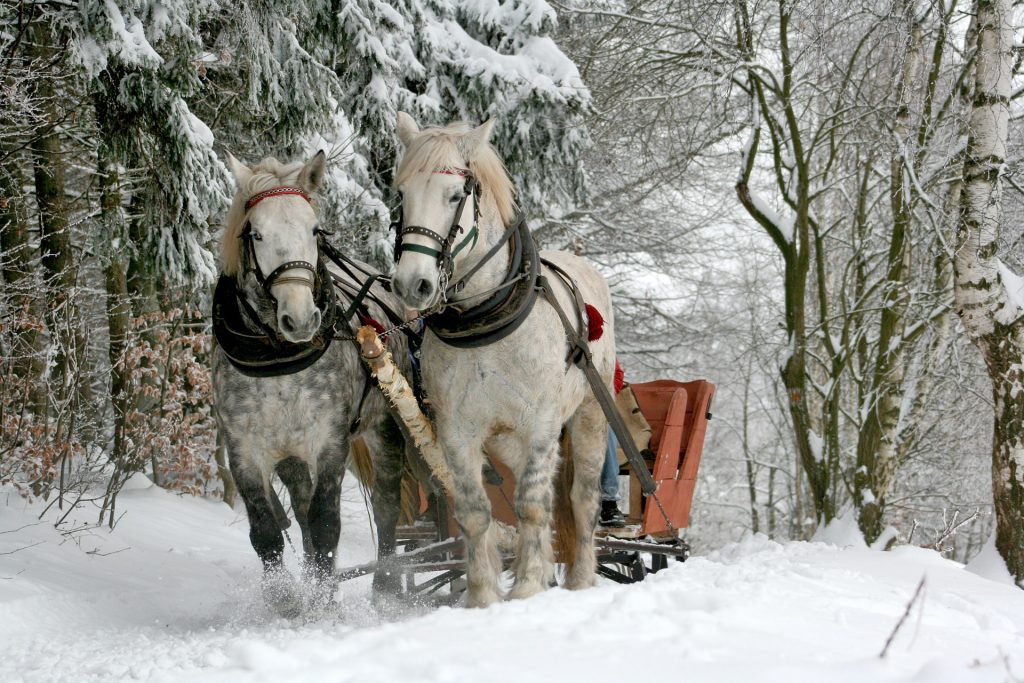 In the  19th century, such sleigh rides were occasions to discuss sabotaging the administration of Poland by its invaders, especially the Austro-Hungarian Empire which had taken over the south and east of the country. No one could eavesdrop a conversation on a sleigh ride and groups could discuss subversive actions on garrisons and offices. National costumes were compulsory on rides, to underline patriotism and only Polish dances could be initiated when participants visited a Manor. Julisz Słowacki even wrote a poem about the Kulig encouraging others to take part in the November Uprising:

Further! to the friendly cottages
wake up sleepers, to take with us.
Ballroom garb’s not needed,
nor head covering in grief.
Go as we are, further and further!
Where do we stop? At the border… the stars lighting our way.

Tradition since the 16th Century 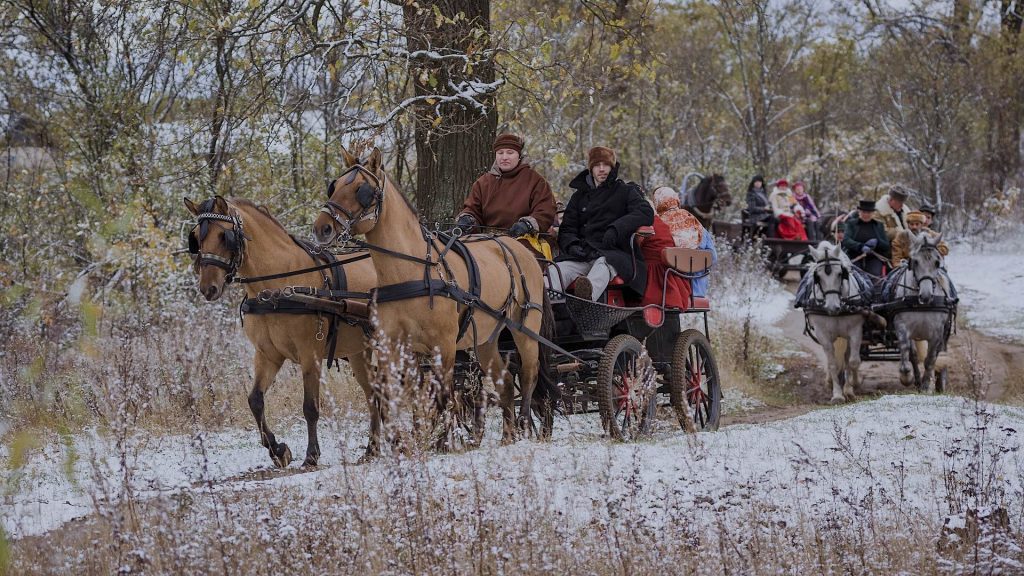 With cheeks tingling and breath sailing by, young people have been organising these rides since the 16th century as part of the Carnival season between Christmas and Ash Wednesday.  Kuligi would take place at night, for groups of young people particularly from the local nobility. The planned route would  be led by an Arlekin (Harlequin) which came from the Italian Commedia del’Arte.  He would jump out at the manor houses along the way, shaking his magic wand, shouting “Hey Kulig, Kulig, Kulig “ to warn them that, according to Polish custom and hospitality, they should feed the revel makers. Manor houses inhabited by young ladies were particularly well visited and this was another way young people could meet.

It was a delight for royalty as well as nobility.  The secretary of Queen Maria Sobieska (Luwik Clermont) wrote about the fun enjoyed by the court of King Jan III:

“A cavalcade led by 24 Tartars on horseback set out from the palace of the Daniłówicz family on 20th January 1695, followed by a group of Jews with cymbals, a group of Cossacks with lutes, foot soldiers playing on pipes (…) everyone on a sleigh, the pageant preceding the guests and entertaining them.”  Behind the musicians there was a column of 107 sleighs full of people in colourful outfits.  Alongside rode the cavalry, entertaining themselves by “jumping from their horses to the sleighs between the young ladies and by feigning they might fall, embracing the ladies mercilessly”. 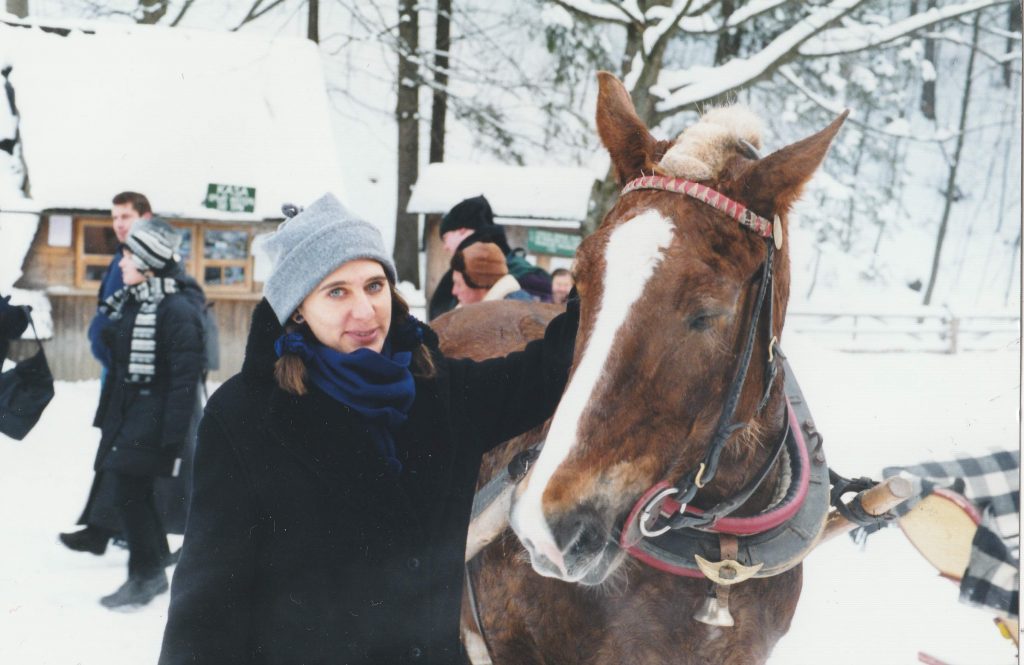 Nowadays kuligi tend to be something you pay for, as many moons ago I did in Zakopane. Often they are booked together with a campfire at the end of a night, with a larger group of people you don’t necessarily know, but the romance of it is still there, the bells, the crisp air, the cracking of the snow under the sleigh, as long as you are tucked up tight.

And these days it’s something to imagine, as we shut our eyes and hope to fly down the slopes soon on our sledges.

Where do your Wigilia (Christmas Eve) dishes come from?
As we gather for our Wigila (Christmas Eve) supper, the dishes we prepare are a mixture of traditions from our families. By repeating these customs, we create memories for future generations...
53 Likes
We use cookies on our website to give you the most relevant experience by remembering your preferences and repeat visits. By clicking “Accept”, you consent to the use of ALL the cookies.
Cookie settingsACCEPT
Manage consent