Polish Easter dishes from our grandparents to the future

Did you know pre-war Polish cuisine, that of our grandparents or great grandparents was quite different to current dishes? For Wielkanoc (Easter) there were no faszerowane jajka (stuffed eggs), no żurek (sour soup) or russian salad but a whole pig or joint and serownik similar to sernik.

A well-known cookbook from pre-war Lwów written by Maria Disslowa in 1931 had this list of recommended dishes for Easter Breakfast:

Babka queen of the table

Babki (yeast cakes) and butter or sugar baranki (lamb figurines) are still, however, a constant and form the centrepiece of the table. Polish women have been baking babki since the 17th century and King Stanisław Leszczyński contributed to making them popular in the whole of Europe eg.Rhum Bhaba in France. In Poland there were babki made with egg whites, with yeast, with almonds, they were boiled, steamed, fluffy and piaskowe (sandy in texture). In the 19th century manor house they presided over everything. 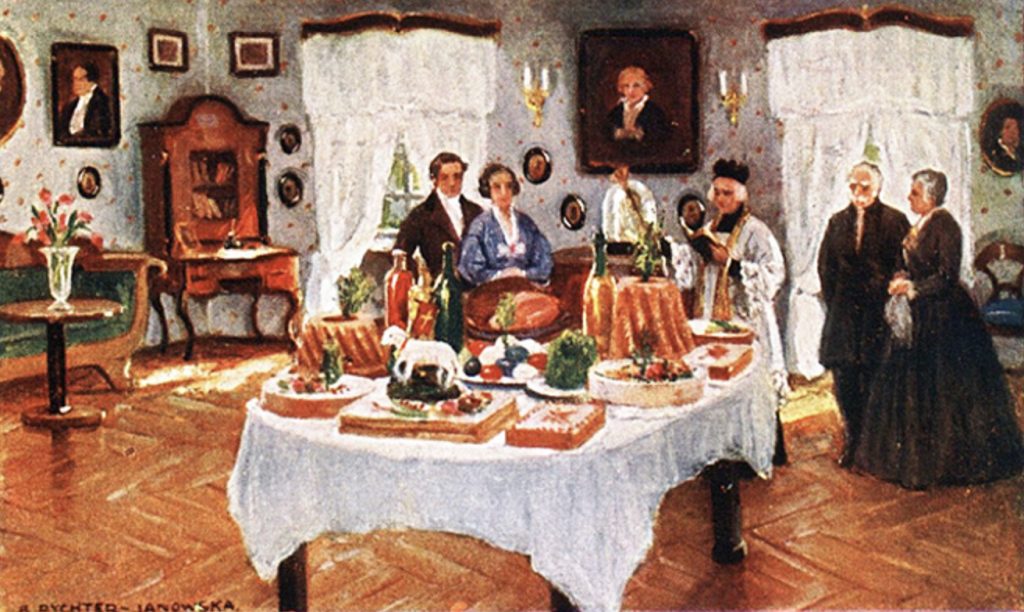 This memory from the inter war period of the 20th century: “The Easter table stood out, covered with a snow-white tablecloth, decorated with catkins, hyacinths, periwinkle, while pisanki (decorated eggs) and blessed eggs were surrounded by evergreen box wood. In the center of the table was a large decorative pot with oats, within it, the white lamb with a red flag by its side. Wawrzynek wilczełapo (daphne mezereum, a tall woodland flower) stood modestly in small bottles giving off a lovely scent to let you know its presence. This plant was one of the traditional decorations for our family Easter table. Of other dishes there were mainly babki (yeast cakes), large, fluffy cakes. There were very sweet ones to have with coffee or hardly sweet for eating with cold meats, as ordinary bread was only there to accompany studzienina (Żimne nogi – savoury jelly).”  From „Wspomnienia lat szczęśliwych” by Janina Augustyn-Puziewicz.

Babki, often made with saffron needed half a litre of egg yolks! This Babka staropolska (old Polish) recipe comes from Maria Disslowa’s cook book! Many others have 10 or 12 egg yolks in them. Baking was a deathly serious ceremony. If it didn’t work it was seen as bad luck starting from this moment. In 1937 a magazine reminded women it was their role to guard these manifestations of national culture. Mazurki meanwhile, whilst named after the central area of Poland Mazowsze may have come from Turkey around the same time as Babki, decorated exquisitely and seen as a rich reward for keeping lenten traditions.

Święcone, the Easter blessing was carried out not inside churches but in villages, the priest travelling around his parish to bless the baskets prepared by local families. He would also visit the homes of the nobility who displayed their food on tables. The contrast above is quite shocking. Easter dishes laid out on a sideboard were just a dream for many.  During the interwar years, women were used to difficult times, a world war, conflicts with neighbouring countries were followed by an economic crisis. Whilst there may have been some fine dining in this time, the majority of homes would have had very little on their tables though cakes and some meat were obligatory. Local churches, the police or other organisations would put together parcels for the poor, with sugar, fat, eggs and a little sausage to which households added decorative elements, especially flowers and greenery. 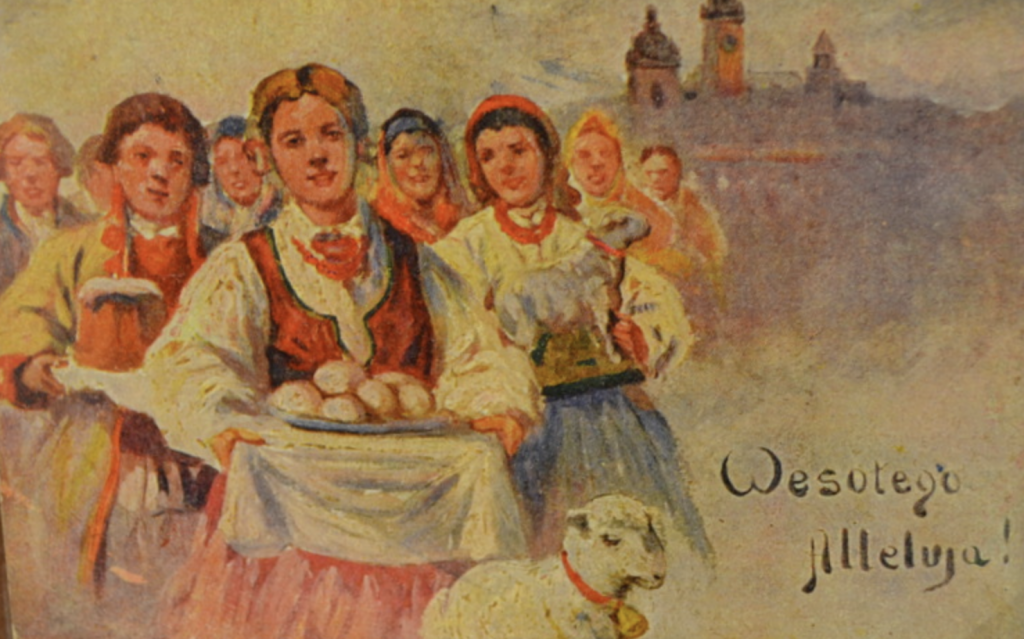 Many of the nobility would be equally as poor, clinging onto their position in society, having had land and money confiscated during the Partitions of Poland especially in areas previously under Russian rule. Yet the postcards of the time showed an optimistic view of Easter with plentiful and colourful food.

Kuchnia Polska, the cookbook known to many of us was first published in 1959 when the Polish palette changed quite significantly due to supply and change of customs and taste, for instance the popular kotlet or schab wieprzowy was by no means a staple part of pre-war Polish cuisine, nor particularly was rosół z makaronem or zupa pomidorowa.  For Easter the suggested dishes are: 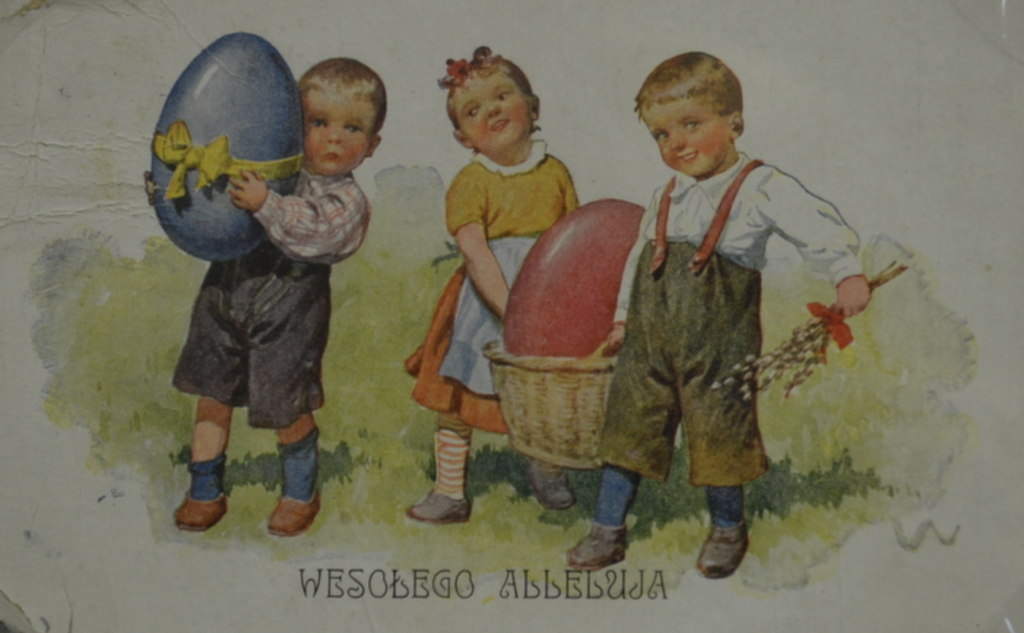 This is closer to what we eat today when pasztet (pate) and biała kiełbasa are now seen as absolute musts for Easter in Poland. As for Maria Disslowa, her  book was only republished outside of Poland, in France, Germany and the UK in the late 40s and 50s but never in Poland until 1989 – quite telling in itself given Poland regained its independence that year.

Across the world after World War II, Poles struggled to settle down into family life after years of trauma. Teenagers experiencing starvation or making do with what was available in India or Africa had no idea how to host celebrations or making Polish food from foreign products. Finally in 1958 Maria Disslowa’s book was republished, explaining exactly how to continue these pre-war traditions.

Passing on the national traditions

“Forced to live in exile, we have not only a special sentiment to these dishes which remind us of our childhood and family home and we realise that we should keep and pass them onto our children together with other national traditions.”(Editors of Maria Disslowa’s “Jak Gotować”, London 1958).

What forms our culinary traditions? Is it only the tastes and recipes handed down through the generations? We often find new recipes which may be old and try them out. I never made mazurki until one year my parents were in Poland for Easter and I was invited to a Polish house so I phoned my Aunt for ideas and she told me how to make a mazurek, which I have been making ever since. We mix old from our childhood and new to form new traditions for our children, adapted to our times and this is how traditions continue. 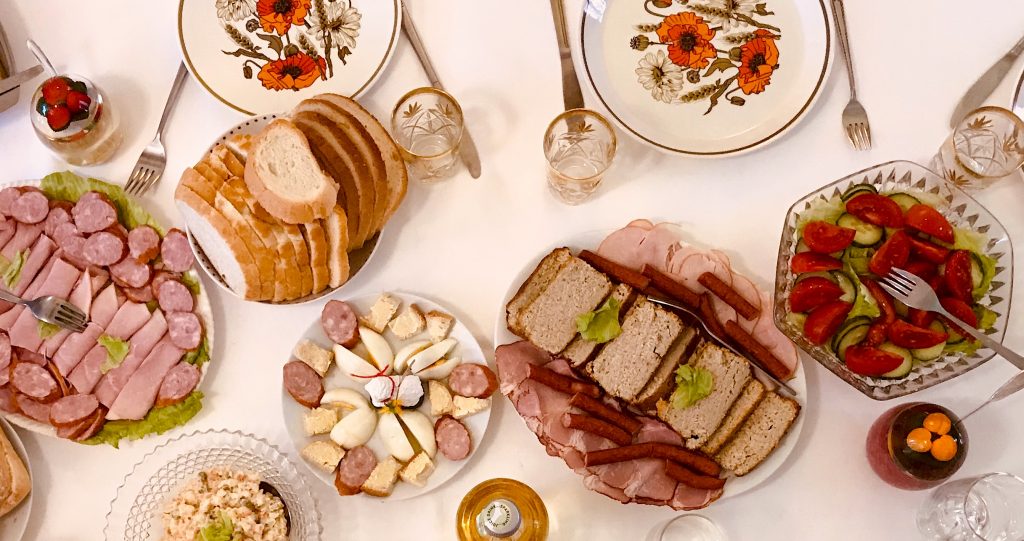 The fact that you make certain dishes to certain recipes usually from scraps of paper worn to shreds by years of use, means that you are keeping the traditions taught to you.  I am currently making pasztet (pate) for the first time in line with my mother’s and grandmother’s recipe which I can add to my handwritten collection, meaning much more to me than the cookery tomes I also consult. They, like the ones I saw as a child as my mother and grandmothers cooked and baked, keep me in mind of what’s important this Easter and that is a traditional family celebration.

Polish Palms for life and health
With Easter approaching, Palm Sunday for Poles, is as colourful as any feast due to the "palms"- bazie or palemki made from fresh branches of willow with catkins or "kotki" (little...
461 Likes

Polish St Joseph’s Day and breaking of Lent
If for you Lent is already dragging on and worries about coronavirus are getting you down, there's one day coming up when all Lenten obligations are thrown off and weddings,...
324 Likes 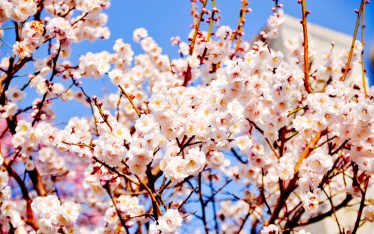 Spring clean like a Pole
In Poland it’s difficult to consider Lent and preparations for Wielkanoc (Easter), without also thinking of the annual 'spring clean' at home. The aim is indeed for your house to gleam with...
519 LikesLeave a comment
We use cookies on our website to give you the most relevant experience by remembering your preferences and repeat visits. By clicking “Accept”, you consent to the use of ALL the cookies.
Cookie settingsACCEPT
Manage consent