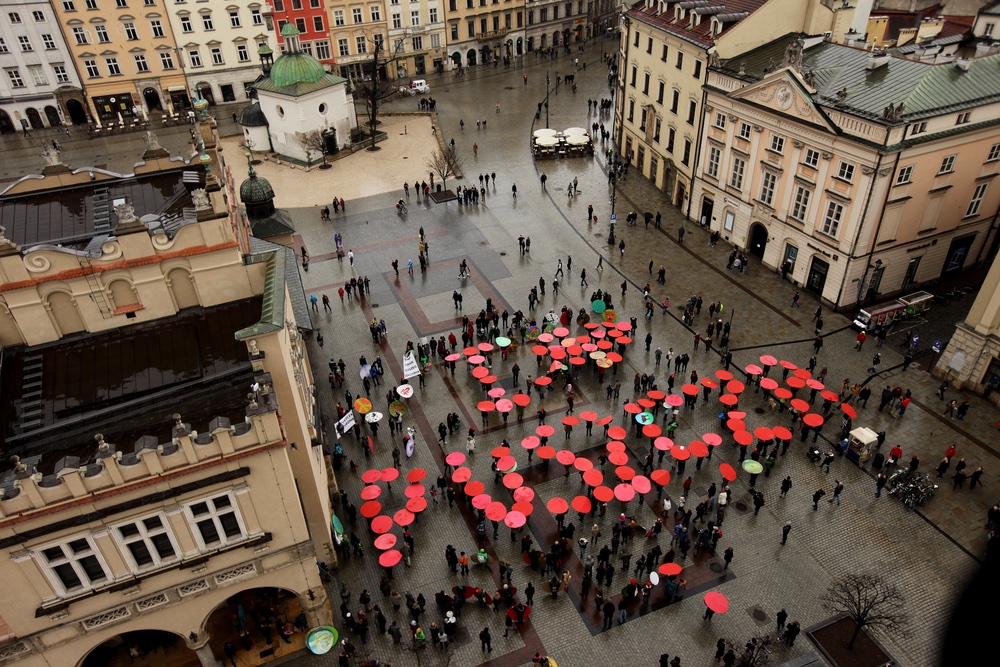 Many years ago I visited the UNESCO-protected Puszcza Białowieska (Białowieża Forest) in eastern Poland with a group of scouts.  It was the most serene experience: the raw beauty and hush of ancient forest practically untouched by man for thousands of years was truly amazing.  So it upset me to read recently in the papers that this forest is at risk from its own government.  On my doorstep in Sheffield, there is an ongoing campaign to prevent our local council cutting down many of the trees that make this city one of the greenest in Europe.

But what’s going on in Poland?

Dramatic changes in Polish law since 1 January 2017 have allowed landowners to cut down trees – without permission as long as it is not for commercial gain.  Many reports allege wide-scale logging, including near Krakow: whole forests are being felled without local councils having an opportunity to refuse permission. Public protests are escalating as logging has also spread to unprotected areas of the globally important Białowieża forest in the south-east, home to the continent’s last wild herds of European bison. Across Poland, mothers have been raising the issue of excessive logging by taking selfies of themselves breast-feeding their children in cleared forests – I love this idea! The  ‘Matki Polki na wyrębie’ campaign is viral and translates roughly as ‘Polish mothers in the clearing’.

What do environmentalists say?

In April 2017 , seven groups – including Greenpeace Poland and the Polish branch of the World Wildlife Fund – complained to the European Commission over the logging and campaigners have chained themselves to logging equipment in protest.  The Polish government’s response has been to say the Białowieża forest is under attack from the spruce bark beetle and needs protection. So it has tripled the quota of wood from the Białowieża area to be harvested, from 48,000 to 180,000 cubic metres over the next decade.

The European Commission gave the Polish government a month to respond to what the Commission considers to be a breach of the Habitats Directive. They are now analysing the response. However the logging continues around Białowieża and some scientists believe this is for commercial reasons rather than the spruce bark beetle.

According to Greenpeace, loggers have now moved into the oldest parts of the Białowieża forest and the logging has entered a “decisive phase”.  Rafał Kowalczyk, director of the Mammal Research Institute inside the forest adds  “If we allow it to become a managed forest, its value and its biodiversity will be lost. It will take hundreds of years to reverse this kind of destruction.” 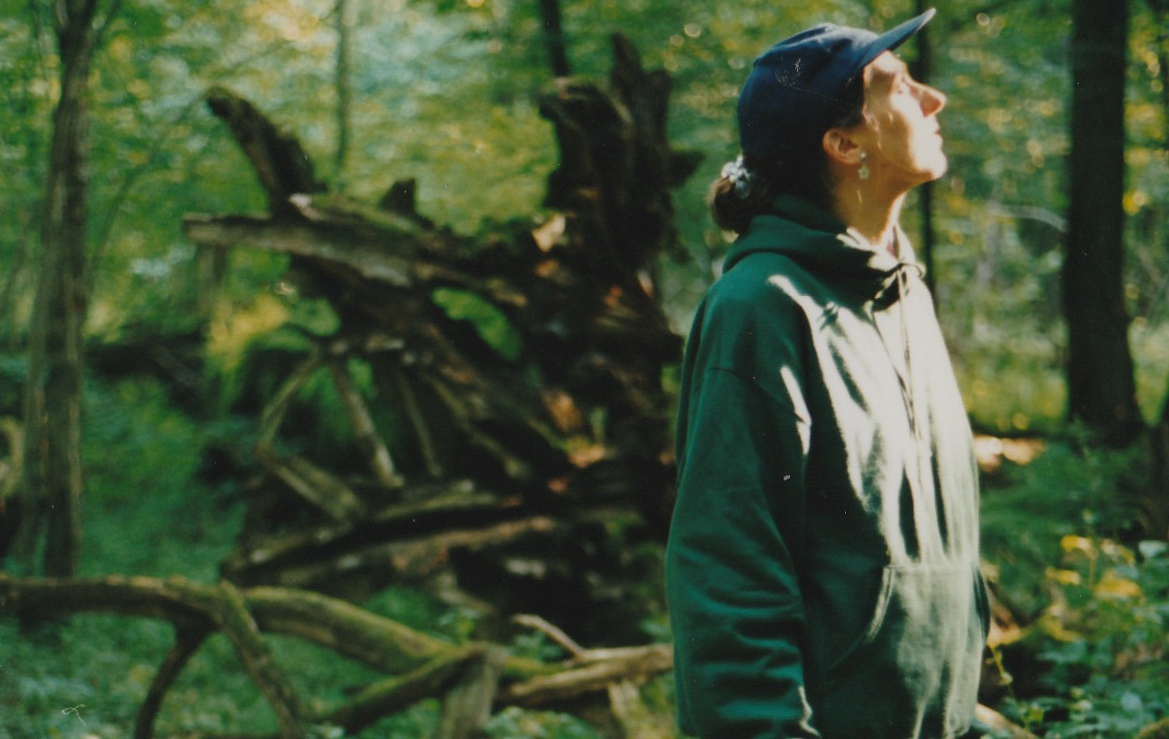 Yet some older locals support the foresters who are as respected as the local police and fire services. Elżbieta Laprus, the president of Białowieża’s village council has said “People who live here need firewood to heat their homes and [have] a good quality of life. They want to buy trees from here.”

The Minister of the Environment Jan Szyszko insists that this work is necessary “We need to halt this [bark beetle] disease in its tracks,” adding that man has always managed this forest, that during wars it has been devastated and parts replanted, and in the last 5 years 505,000 spruce trees have died in the forest as a result of this beetle.

A delegation from UNESCO is due to visit Białowieża between 4 and 8 June to assess the situation.

How large is the Białowieża forest? 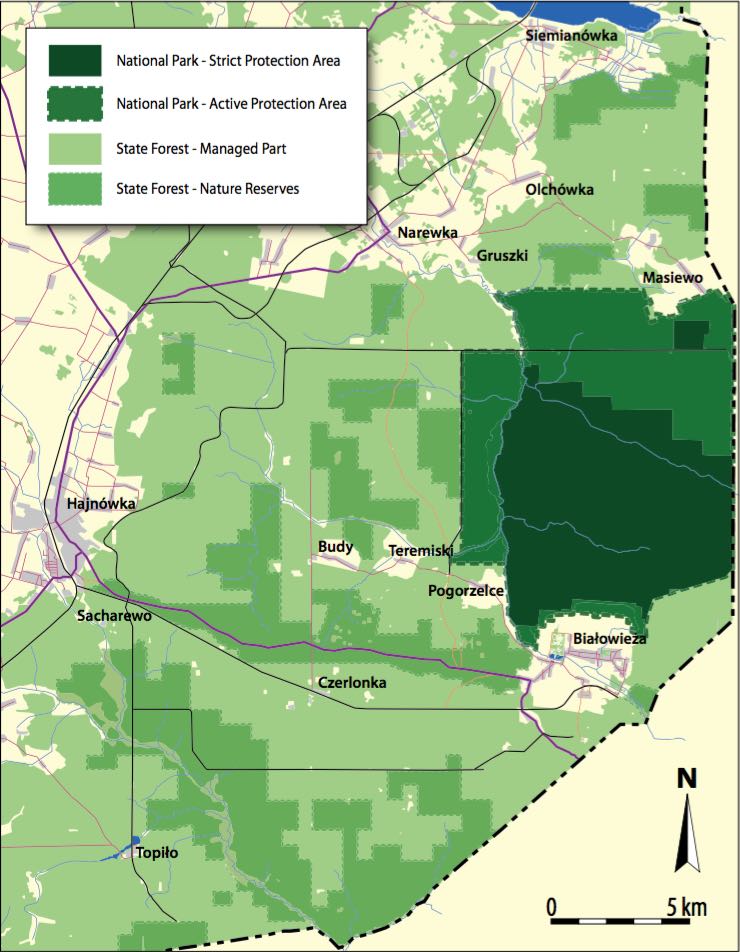 The whole forest covers an area of 1500km2 straddling Poland and Belarus. Yet only 17% of the Białowieża Forest on the Polish side is protected as a natural world heritage site, and most of the wider forest belongs to the Polish State Forest. The forest is home to over 1000 species of plants, nearly 4,000 species of fungi, more than 10,000 species of insect, 180 breeding bird species and 58 species of mammal, including many species dependent on natural processes and threatened with extinction. Deciduous trees make up two-thirds of the forest which differs significantly from other Polish forests which are dominated by conifers. 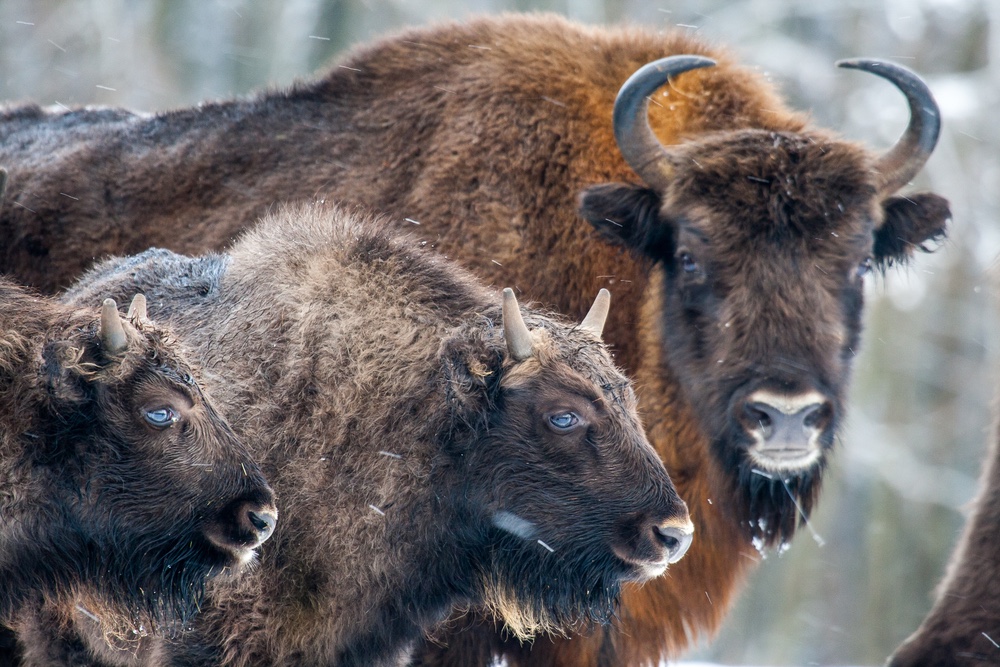 Wild bison in the forest

Białowieża has Europe’s largest bison population and wolves and lynx roam freely among oak trees as high as 150 feet which have grown for 450 years. Tourists come all year round to see this primeval forest, with its magical, dark and mysterious, wet and wild atmosphere. The map above is from the website of  WildPoland.com who organise trips there and are accredited by the Białowieża National Park. 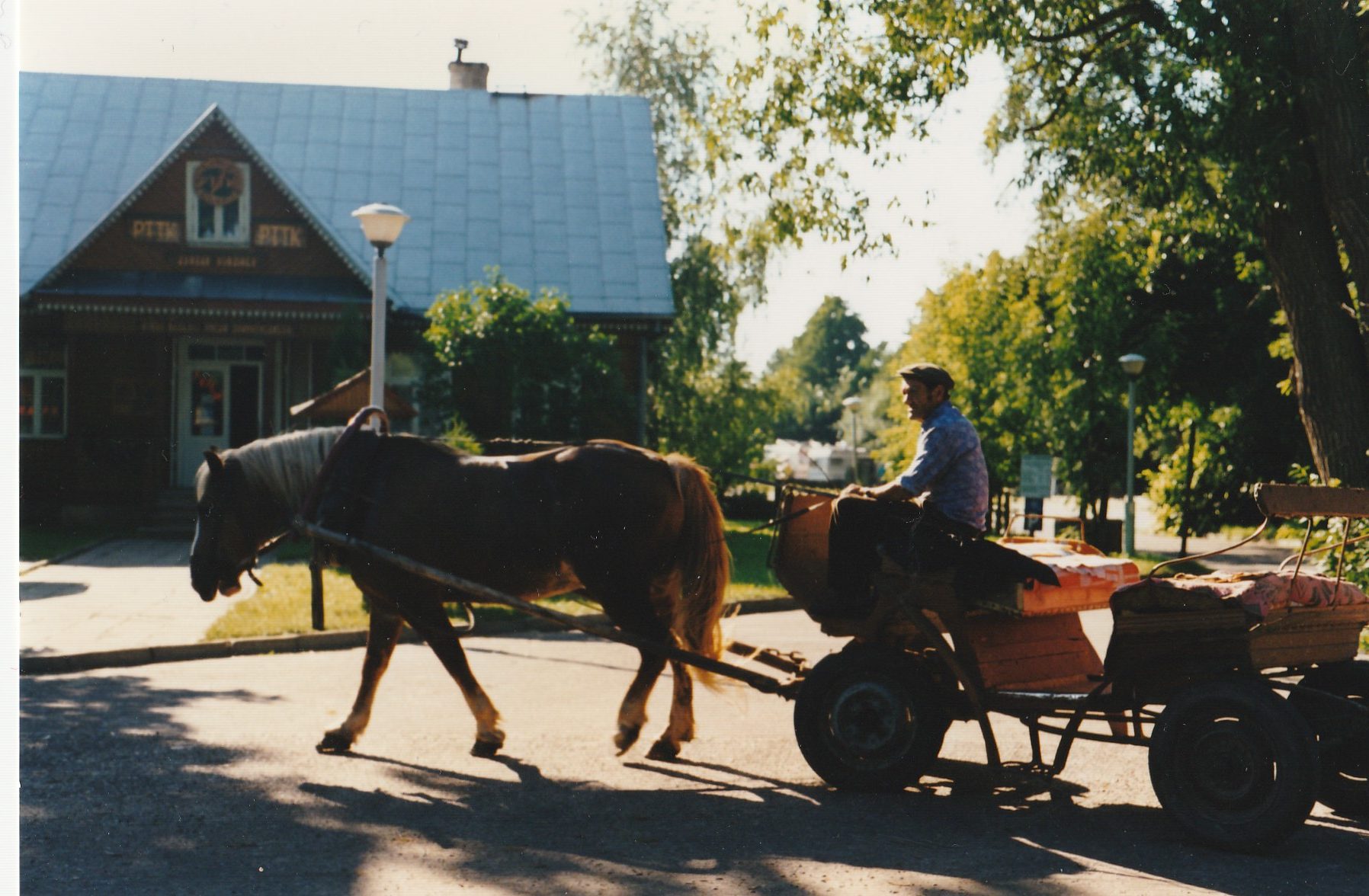 You can stay in Białowieża village, closest to the protected park  – there are plenty of hotels, pensions and a youth hostel, or slightly further in Hajnówka.  You can only enter the protected park with a guide, which is best booked the day before. Trips to the interior are best at 4am to have a chance of seeing some wildlife, and hug the trees as we did to feel their warmth. Spring is great for birds, autumn for beautiful colours. There is also the Bison Breeding Centre to see and the Palace Park, housing the museum. The area is fairly flat and bike rentals are a plenty – bikes are the best way to visit the surrounding villages and accessible parts of the forest. Just listen to the silence and you’ll understand how important this place is.

What can be done? 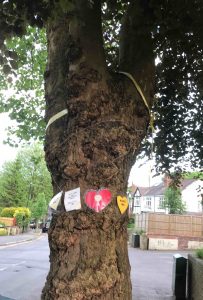 Sheffield tree due to be cut down

As always in these situations, it’s difficult to know who to believe. In Sheffield all the trees due to be cut down are wrapped in yellow ribbons and families have added children’s pictures and poems. The council insist the trees are ruining the road surfaces and pavements which are currently being resurfaced.

In Poland the official line says one thing, environmentalists another and the European Commission is investigating.

A 2019 update on this story is available (click here) via The Independent newspaper.