Polish Resettlement Camps on British soil link us all 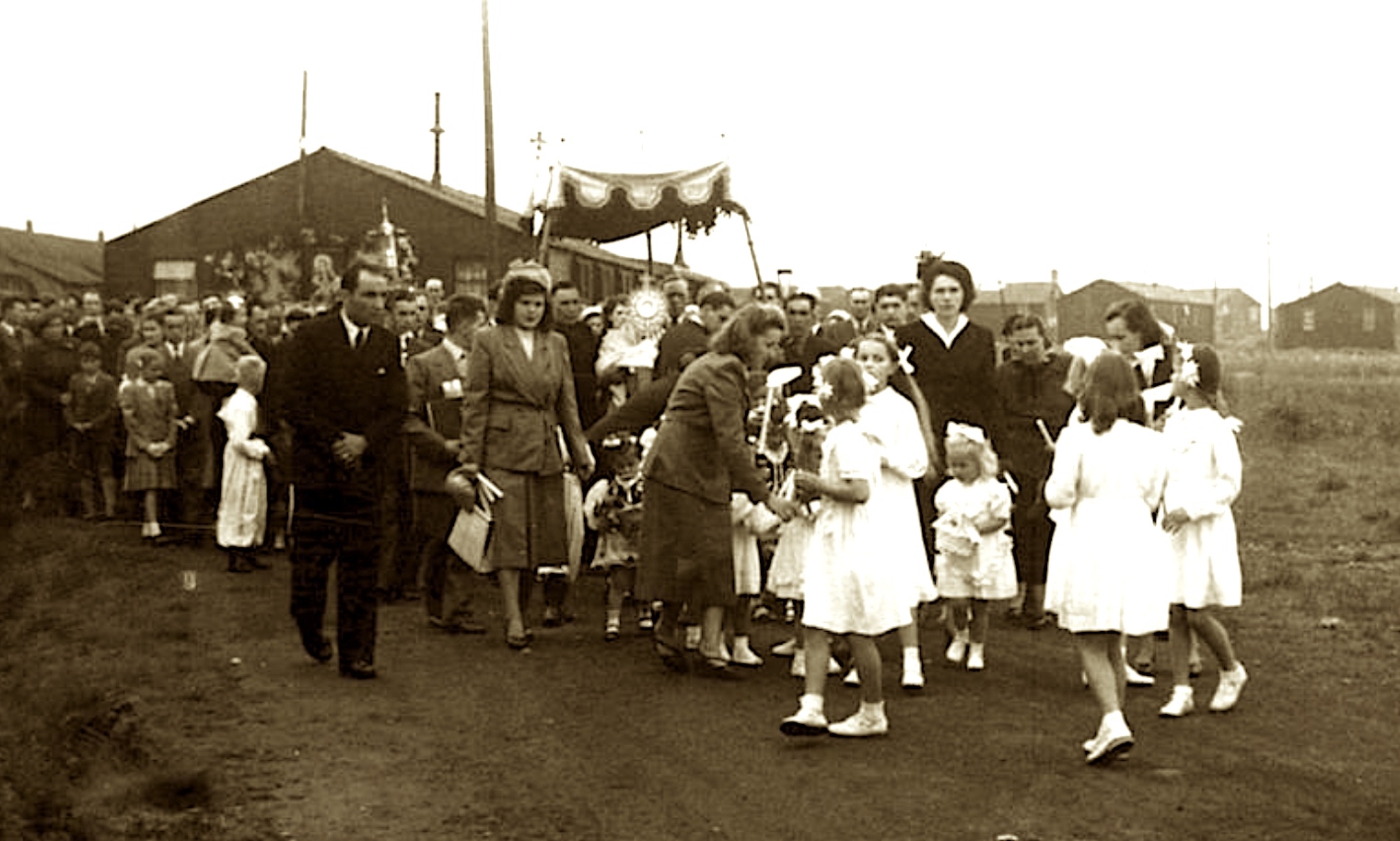 In our search to find out our Polish families’ lives both in Poland and in exile, one key element for the Polish soldiers, for their families and also displaced people from Europe, were the Resettlement Camps. It is where our families restarted their lives in exile, wherever they then moved to. Children were finally reunited with their soldier father and mothers, wives with husbands, after having being separated from them for so long during combat in North West Europe, Italy, North Africa and the Middle East.

An exhibition in Manchester Central Library entitled Polish Spirit on British Soil, has recently covered life in these camps which often provided some much needed stability for reunited families and an opportunity for young people to thrive and grow in a free land, though so far from their homeland. 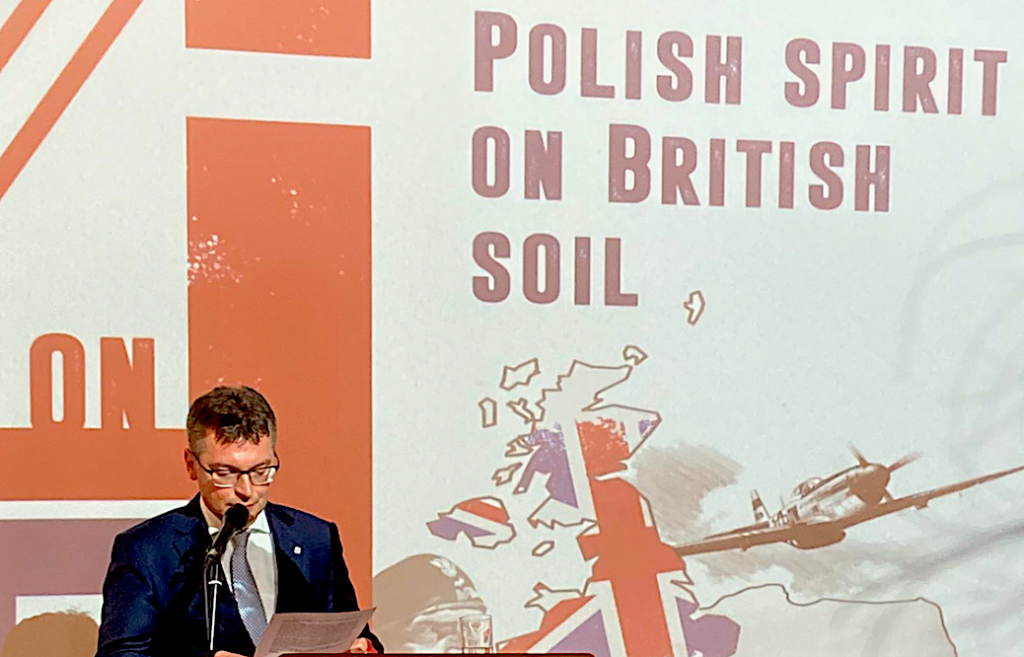 The exhibition was based on the work of Zosia and Jurek Bieguś who have worked for many years bringing together information about life in the camps on their website www.polishresettlementcampsintheuk.co.uk

As so many soldiers and their families did not want to return to a communist Poland after World War Two or had lost their family lands, the British authorities set up the Polish Resettlement Corps (PRC) as part of the British Army, into which Poles wishing to stay in Britain could enlist for a period of demobilisation. Temporary accommodation was found in former army and air force camps and military hospitals, given over to the refugees by the Ministry of Defence. Formed in 1946, the PRC was disbanded after demobbing all the soldiers in 1949.

By 1946, some 120,000 soldiers lived in 265 camps throughout the UK. As their wives and children were brought to Britain, bringing the total to over 249,000, the 1947 Polish Resettlement Act was passed in Parliament. It set up the Resettlement Camps for families but also provided the refugees with entitlement to employment (in jobs approved by the Ministry of Labour), access to health services, pensions and education.

“Worth highlighting is that the act was the first immigration legislative framework in the United Kingdom’s legal system. It aimed at resettling the Polish Allied Forces in Britain and provide them with social welfare rights in the country. The act did not only applied to servicemen, but also to their families strictly defining the group of people eligible to settle in The United Kingdom”. 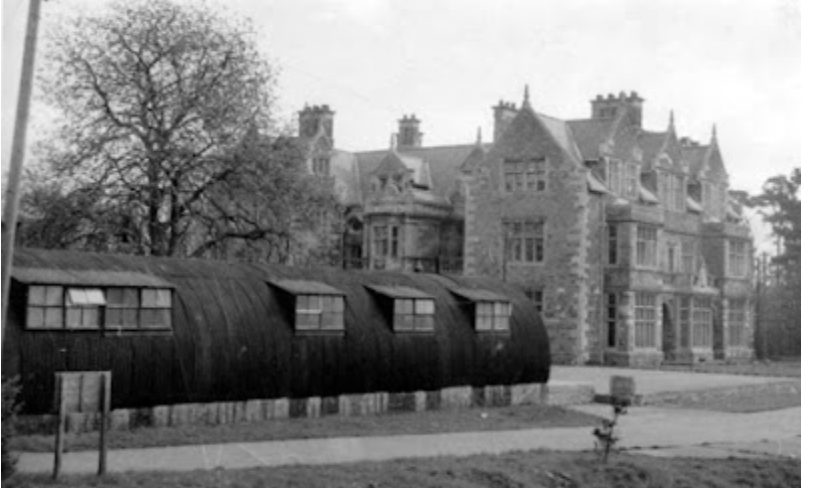 For family research, the website has lists of Polish civilian ship passengers arriving from Italy, India, Africa and other places but sadly there are no lists of who lived in which camp. It covers most of the camps which received Polish soldiers and family camps, some of which were still in use into the 1950s and 1960s. Zosia Biegus (nee Hartman) grew up in Northwick Park in Gloucestershire and describes this in great detail. Most camp accommodation was very basic, often in Nissan huts but a rich cultural life with many clubs and societies developed. People who had last seen each other in Teheran or even the Russian slave labour camps met each other again and reestablished links.

Whilst many people moved into employment or decided to emigrate, others stayed, working locally as accommodation was scarce following the war. The hospital which transferred from the Middle East was sited in Penley, North Wales looking after those ill or infirm, and at its height had a population of 2500 Poles, staffed by Polish doctors and nurses. 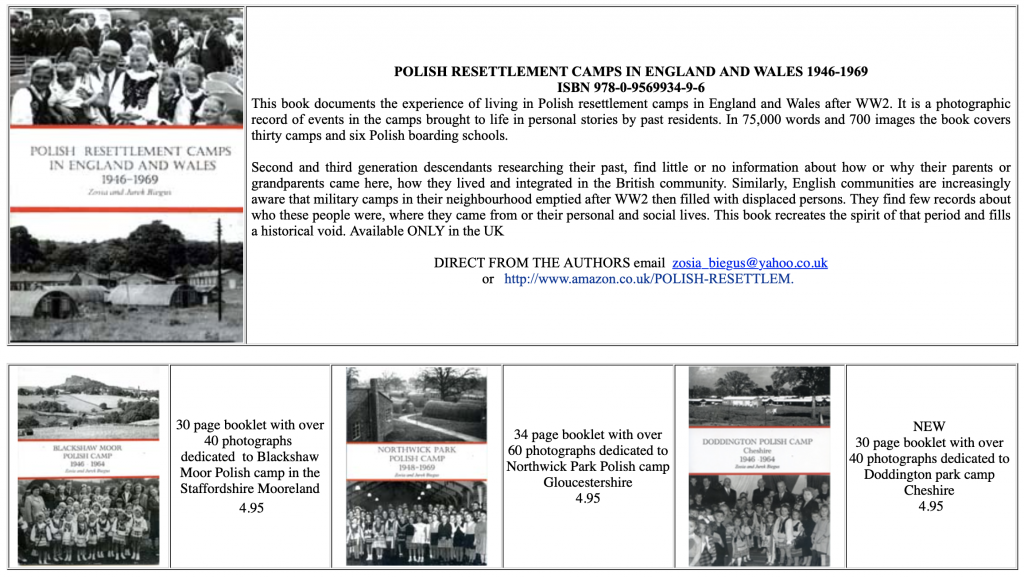 There are books available on some of the camps and also many personal stories on the website, photographs of displaced people, from the fields of Poland, through the many cemeteries of those left behind, of the army in the Middle East and Monte Cassino and finally the little gardens cultivated in the resettlement camps in England. You may even spot a familiar face or two!

A glimpse into the UK’s ‘old’ Polish community

For post-war Polish refugees, learning English was about so much more than words

Memories of Penrhos stanica – the end of the Polish scout house

The title picture is of  Morpeth Common Camp, Northumberland. www.chroniclelive.co.uk