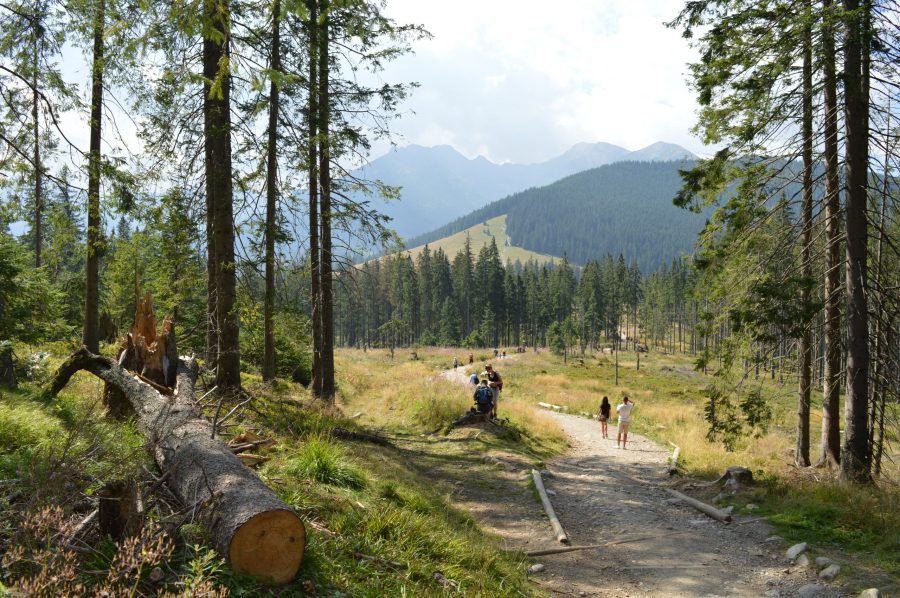 My family’s quest for finding pine forests is quite legendary. Since childhood, I’ve been taught to look for the sosna (pine-tree) on walks in the countryside. Whether for grzyby (funghi), bilberries or just to breathe in their heavenly scent. The humble sosna (Pinus sylvestris L.) or Scots Pine covers 69% of Poland’s forests and looking out of the window on long train journeys you get a sense on how vast these forests are. Often linked in literature to our tragic nation’s history, they’re seen as a sad yet majestic tree:

„And in the forest, and in the woods, great pines rustle

How their voice is heard as a pitiful cry!

Queen of the forests

An old legend says that when God created the Polish land, he noticed the yellow nakedness of dry sands in some areas scorched by the sun, and so lacking moisture and vegetation, he took pity on them with his good heart creating the sosna. In reality it most likely appeared on earth in the period of 66 million to 2.6 million years ago finding optimal conditions in Poland and other Baltic countries. 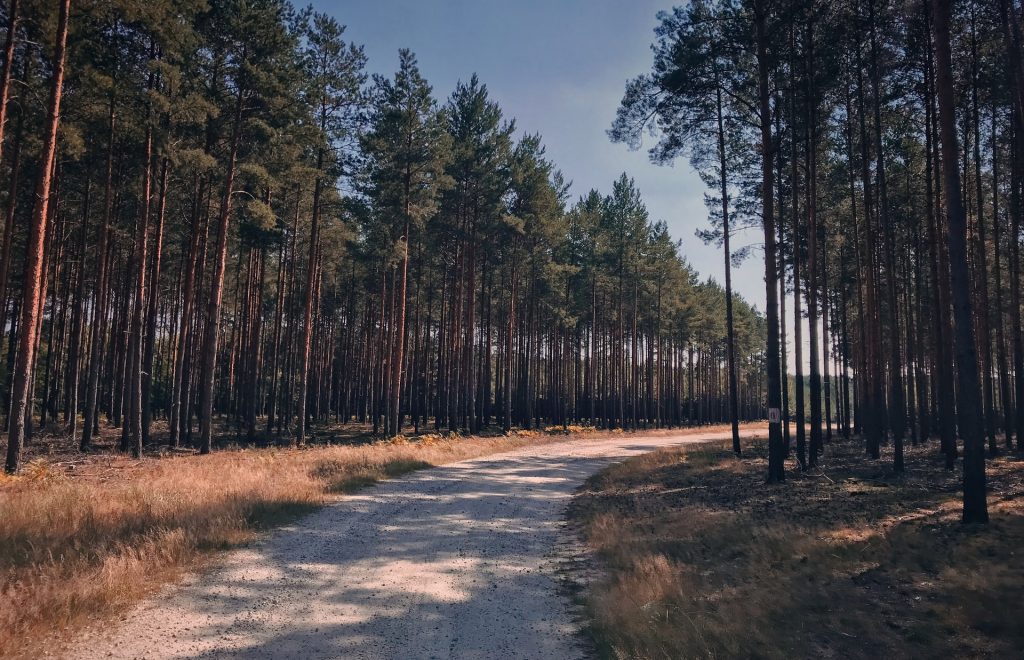 One of the most famous symbols in the literature of  the late 19th century is the pine tree from the novel by Stefan Żeromski “Ludzie Bezdomni” – The Homeless People. The sosna grew on the edge of the collapsed mine, with one half of the trunk on top and the other half falling over the edge. The hero of the novel reflects on the similarities with his life, the split trunk representing his dramatic fate and dilemmas.

Another sosna is well known for being sent to the Vatican gardens for Pope John Paul II but it withered under the Italian sun and a poem often thought to be the Pope’s was in fact written by Stefan Witwicki (1801 – 1847)who left Poland after the 19th century November uprising. On seeing a lonely pine, he projected his own feelings of loneliness amongst foreigners onto it.

And I was also carried away on a long pilgrimage, and I’m running out of time on someone else’s land!

Why, even though tender efforts have surrounded you, you  haven’t developed, you’ve lost your strength? 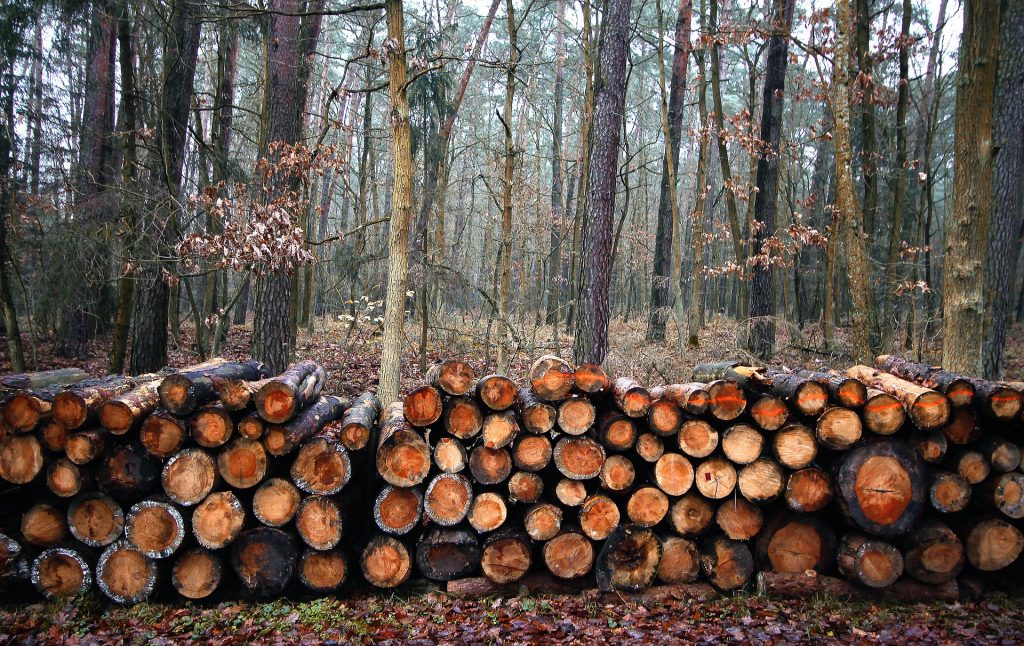 Besides being used for building, furniture and paper, the resin for turpentine and varnishes, it has always been a  medicinal source and also for food. Descriptions of the mass stripping of pine bark in early spring is found in old books, the sweet juice of Pine sap and pulp used in soups and bread. Young pine buds in May are supposed to be tasty and contain a lot of vitamin C. By pouring sugar water over them,  a syrup is produced and used widely for coughs. It also has antibacterial and diuretic properties. Pine needles heated by the sun give a pleasant smell to inhale and all the sanatoriums in Poland were built within pine forests.

Dr Katarzyna Simonienko in an article for Culture.pl  promotes forest therapy,  a way of immersing yourself in a forest through different exercises that allow you to slow down, focusing on the here and now, the same as in mindfulness. Apparently forest therapy has proven to be effective for dealing with anxiety and depression, as well as problems with blood pressure. I’m certainly often to be found hugging pine trees whenever I encounter them!

Not for nothing is the popular pastime of grzybobranie (fungi picking) in Poland due to the abundance of pine forests. The most popular funghi are the prawdziwki (Boletus exults) to be found under pine and fir trees. The importance of fungi in the woodland is only recently becoming fully understood, like a network of pipes and cables, fungi are the underground conduit that link and support woodland life, responsible for breaking down organic matter, releasing carbon, oxygen, nitrogen, and phosphorus into the soil and the atmosphere. 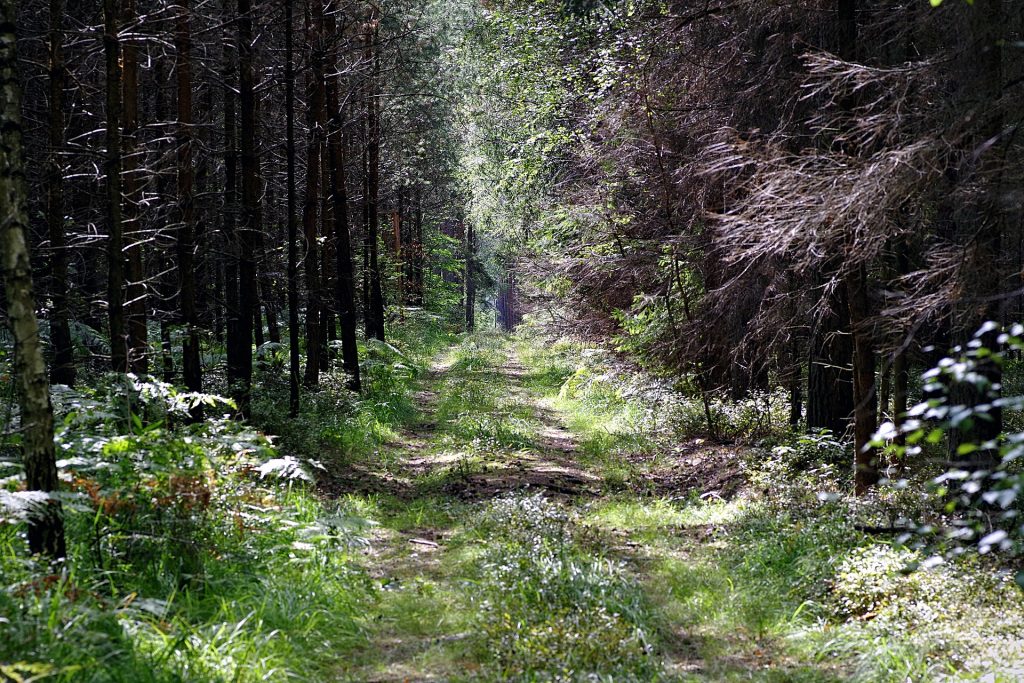 In Celtic mythology each tree has properties related to your birthdate. If like me you share the characteristics of the sosna, you will have been born between 24 August and 2 September or 19 to 29 February. We apparently have a highly developed sense of observation, assessing accurately what is happening around and able to see how events may develop. A person of this tree knows how to plan, manage, make decisions and boldly pursues their goal, taking risks knowingly. Curious about the world, for new acquaintances and experiences, they are independent and demanding often stubborn, making them not the easiest people to love. I hope that’s not true of me! 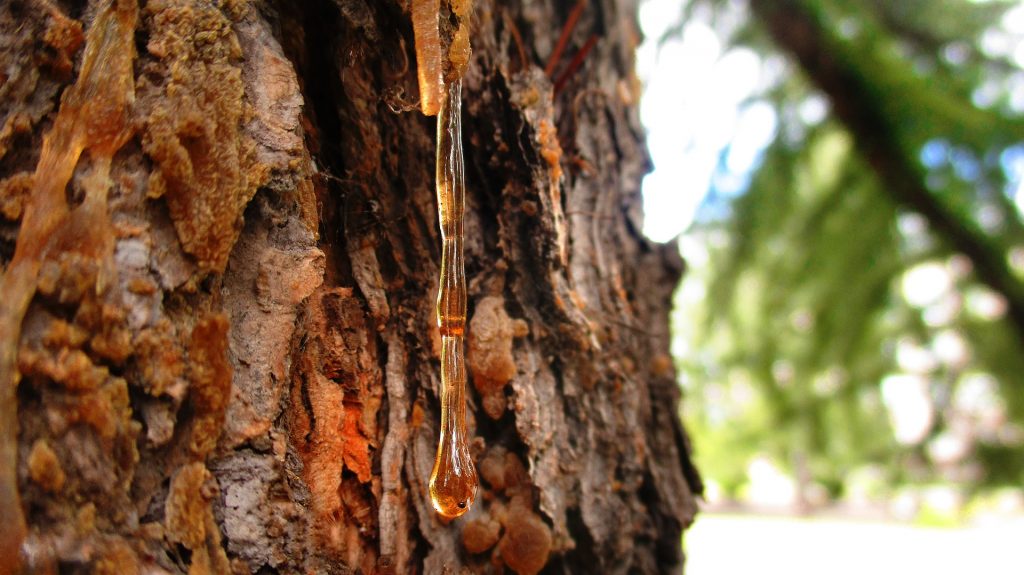 Amber, known as the gold of the north of Poland, is the fossilised resin of pines growing over 30 million years ago. Amber is not only beautiful but it is said to help with rheumatism (by dissolving small pieces in alcohol and rubbing affected areas). It was also said to remove spells and curses, cleaning rooms of negative energy. The 18th century was the pinnacle of the industry which is thousands of years old. According to a legend, after forty days of rain, the land was flooded and as the tears of the people crying over their fate fell into the water they turned into amber. Poland’s  ‘amber renaissance’ began after World War II, when the coastline and the city of Gdansk was returned to the country following partition and wars. Now of course, every tourist centre is awash with amber jewellery.

Wherever we are, it’s never far to find find the humble sosna which contributes so much to our national pride, to our world with its natural riches and it’s healthy scent. Try inhaling deeply when you’re next near one.

Young Poland art exhibition attracts new audiences
When you hear the name Wyspiański or Wyczółkowski you may think of pastel portraits or paintings of Polish peasants in the vast landscapes of Poland. Sadly little is known outside...
4 Likes

Artist Jan Matejko – putting Poland on the map
The portrait of Jan Matejko’s “Copernicus: Conversations with God” recently arrived at the National Gallery in London. It is the first work of a Polish artist to be on show there and...
192 Likes

An All Souls’ walk through Polish cemeteries
Saunter with me through some of the famous Polish cemeteries I've visited through the years, within and outside Poland's boundaries.  Poland's All Saints Day on 1st November is a national...
85 Likes
We use cookies on our website to give you the most relevant experience by remembering your preferences and repeat visits. By clicking “Accept”, you consent to the use of ALL the cookies.
Cookie settingsACCEPT
Manage consent