What do Poles and Indians have in common? 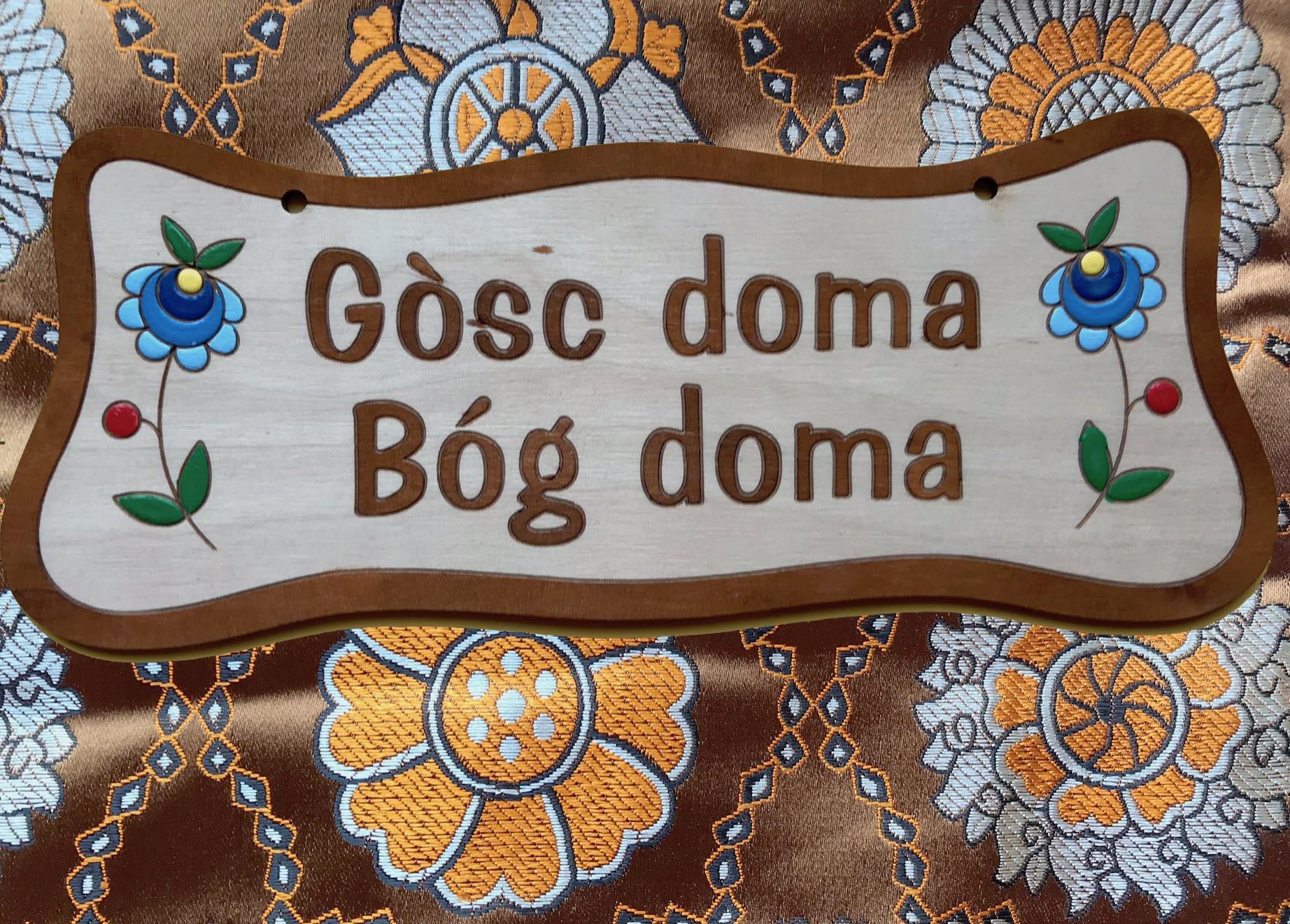 Separated by 6000 km, what do Poles and Indians most have in common? Pierogi and samosas perhaps? More than anything, it’s definitely an overwhelming sense of hospitality. The Polish saying ‘Gość w domu, Bóg w domu’  – ‘A guest in the house is like God in the house’ is similar to  ‘Atithi Devo Bhava’ – ‘Guest is God’ in Sanskrit, so the minute a guest arrives in your home, the best food has to be served.

Yet there is so much more linking these countries. The story of the creation of ‘Little Poland’ in India is as dramatic as the best of Bollywood’s films. During World War II thousands of Poles, including my family, survivors of the Soviet Union’s calculated cruelty, landed on the shores of India.

How did Poles find themselves in India?

Poland’s fate changed dramatically in September 1939, when Germany followed by the Soviet Union invaded it from West and East, so that despite extremely heroic fighting, the country was soon under total occupation. Throughout the winter and spring of 1940, ethnic cleansing of Poland’s eastern areas was carried out by Russians, at gunpoint, in the dead of night. The true numbers will never be known but from hundreds of thousands to over a million Poles, families of officers, teachers, government officials and larger landowners were deported to labour camps in Siberia, to the Arkhangelsk Oblast and to Kazakhstan. Forced to work outdoors in temperatures of – 40 C , with little in the way of food, heating or clothing, they struggled to survive. Items packed quickly on the night of deportation were often what decided a person’s survival. 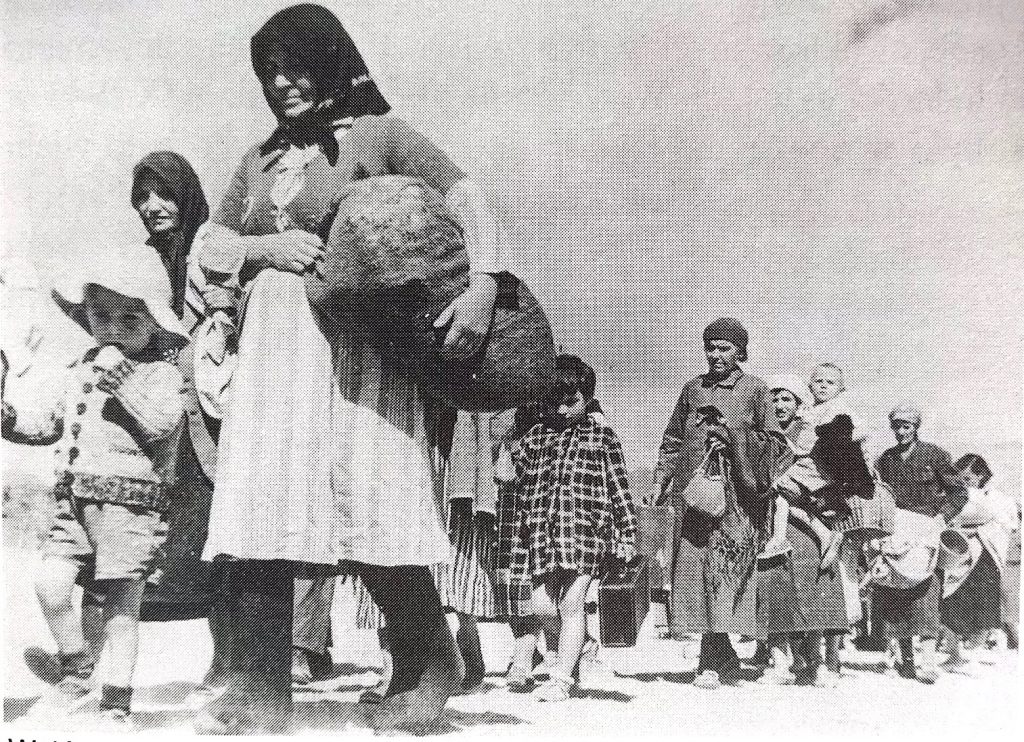 When Soviet Russia joined the Allies in 1941, the survivors were grudgingly allowed to leave the camps and the Polish Government-in-Exile pressed the Soviet Union for a Polish Army to be formed from the former prisoners. As they made their bedraggled way southward on foot, by raft or by train, the Polish Government evacuated not only the men and women who joined up, but their families, leaving behind the Russian steppes full of shallow graves. Many new “families” were formed, as soldiers on their own adopted new family members to secure their escape. 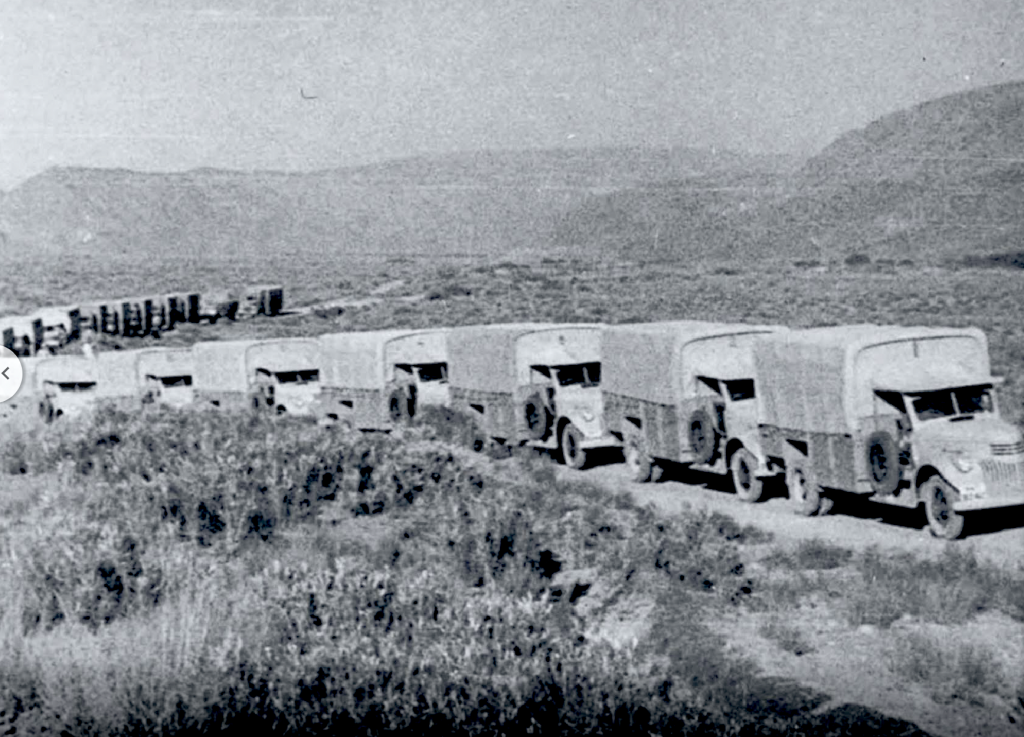 A further trek for the beleaguered Poles ensued, across the Caspian Sea to camps in Iran from where, with British aid, army recruits were sent to the Middle East and their families to British Territories in Africa, India and other countries such as Mexico. Only 116,000 Poles made it to Iran of which 40,000 were families of servicemen and women, all in dire need of medical care and nourishment. 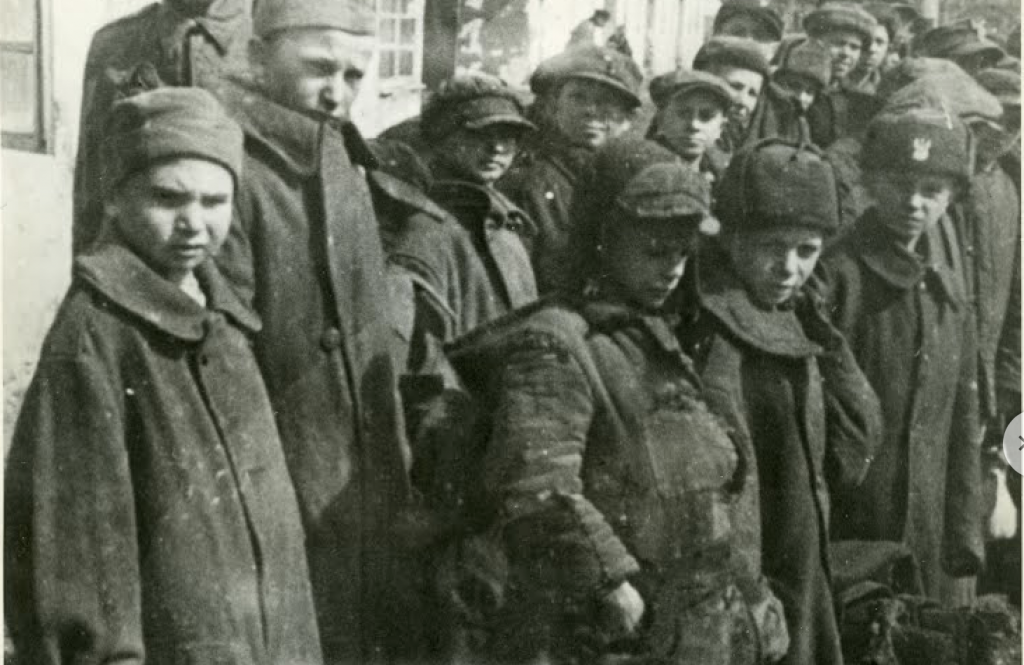 India was very active in negotiations with the Polish Government to help the Poles and in particular Maharajah Jam Saheb Digvijay Sinhji, who created an orphanage near his summer residence in Balachadi (Gujarat province) for 1000 Polish children. He asked them to call him “Babu” meaning “Father” and ensured they maintained their Polish culture.

“When the children arrived at Baladachi they were served a meal. Maharajah noticed that children were making faces, for the food was a bit too spicy for them. So he said “Do not worry” and later he got us seven cooks from Goa…”  Wiesław Stypuła 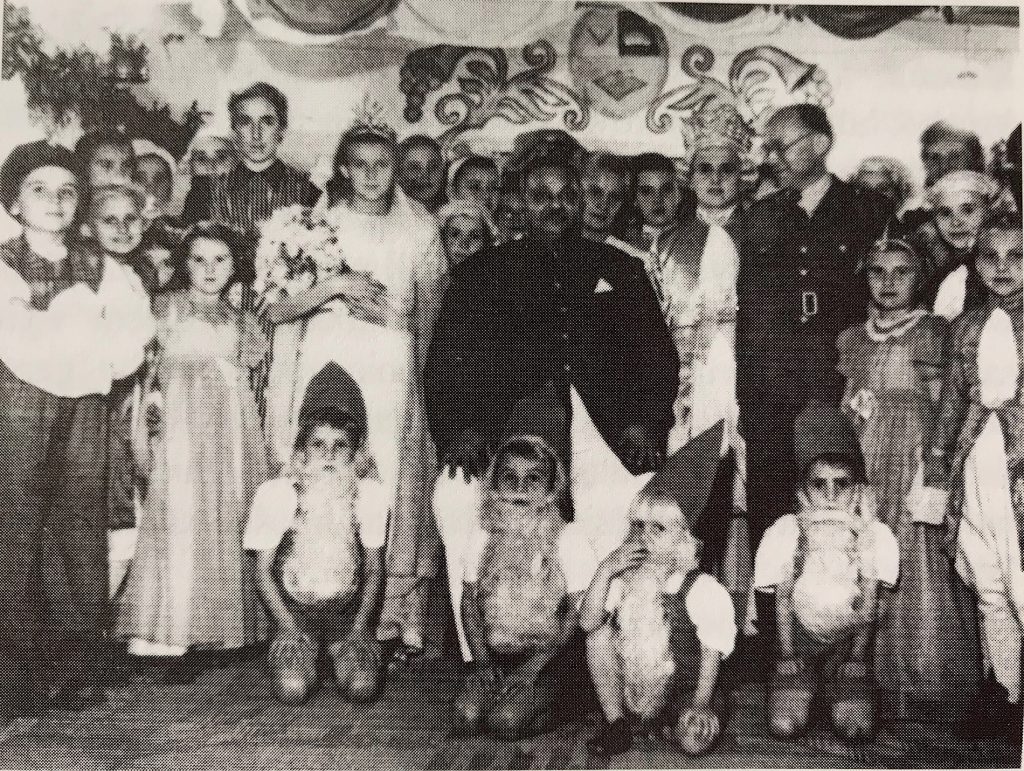 After the hell of Soviet Russia, the children found themselves in a fairytale setting, in a hot climate amongst the palm trees, elephants and peacocks, with plenty of food. The children’s upkeep was paid for by the charity “The Polish Children’s Fund” but the Polish Government-in-Exile paid for other Polish centres set up in Karachi, Malir, Panchgani and the largest, a Polish village specially built in Valivade near Kolhapur, for about 5000 women and children.  Finally their fortunes began to change in this new haven. Here they lived in family quarters and life returned to some semblance of normality. 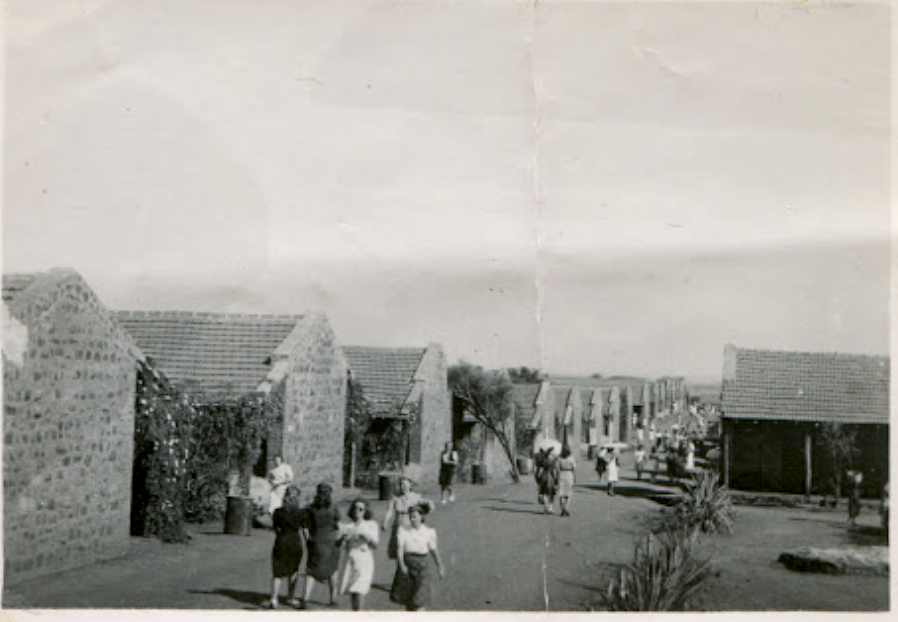 The village had shops, a cinema, church and school plus a rich cultural life. As their spirits lifted, groups for theatre and music were formed and many workshops were set up teaching trades such as weaving,  dressmaking and carpentry.  Many children joined the scout troops which were organised by instructors sent from the Polish Army to educate them in Scouting ideals and prepare them for serving their country. Older children joined the Junacy (Army Cadets), eager to make their own contribution to the war.

Poles arriving in Valivade were able to buy food and cook Polish dishes from the allowances they received. Buffalo milk had to replace cow’s milk as there were no cows in the vicinity and given they are not killed for meat in the Hindu religion, there was very little beef. The Poles mainly ate pork, goat and buffalo meat. Flour was hard to get hold of so bananas were dried and milled.

“Towards the end of the war there was a shortage of potatoes, so we ate sweet potatoes and I remember my mother flavouring them with a lot of pepper to mask the sweetness.” Jerzy Kucewicz

There was, however, no shortage of fruit and vegetables like pomegranates and papayas, many of which the Poles had never heard of. When the scouts went out for hikes they often stopped at Indian tea shops to sample the delights of onion bhajis. 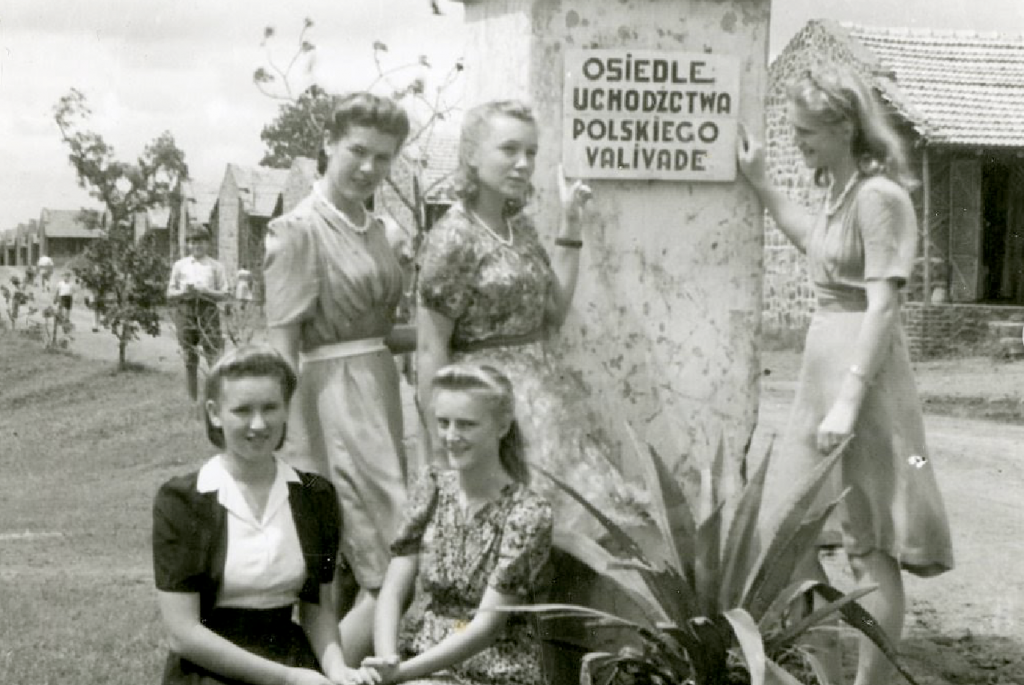 A common yearning for freedom

Polish life flourished in Valivade and many joint events were organised with the local population, outings to popular sites and celebrations of Polish and Indian feasts. For Divali, the Poles were invited to nearby Kolhapur to demonstrate their handiwork from the various workshops, sell Polish cakes and also to perform traditional dances. Local schools also visited to understand Polish culture and the children were invited for reciprocal events.

“During our time in India, we lived through 15 August 1947 when India regained its independence. What a profoundly joint celebration this was. We all thanked God that this country is living through what was taken from us in such a wicked way. Ghandi and all that is noble about India stood before us.”     Fr. Z. Peszkowski.

Strong and life-long lasting friendships were made in this little Poland. Love also blossomed. Indian producer Anu Radha, who has already produced the film “A Little Poland” about the orphanage, is working on a new feature film “Jindobry India” about the Polish village of Valivade, based on the love story between Wanda Nowicka and Indian student Vasant Kashikar who married,  one of several couples settling permanently in India. 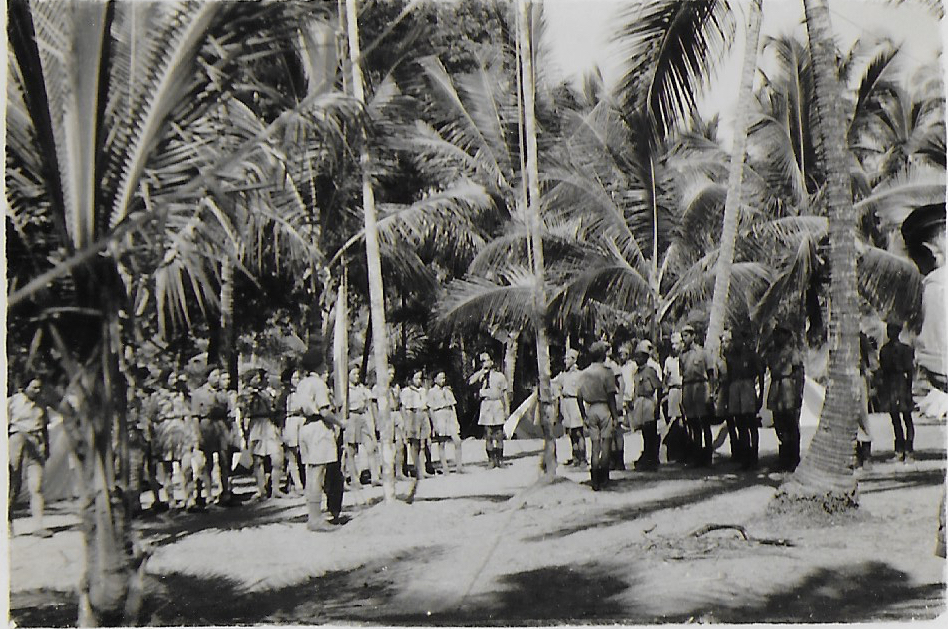 News of their relatives in the Army was always received with trepidation, especially when the troops went into action in Monte Cassino, Italy inevitably with some tragic outcomes. When the Warsaw Uprising broke out in August 1944 this gave tremendous hope to the families that they might finally be on their way home. As the war ended and Poland was drawn behind the Soviet Union’s iron curtain, this was not to be.

The Circle of Indians

The Polish families were moved to ex-army camps the UK during 1947 – 48, where many were finally reunited with their fathers, brothers or sisters serving in the army. Penrhos was one such place, where my family were reunited, now a retirement settlement for Polish people. Many emigrated to Australia, Canada and the United States, heartbroken and unwilling to return to a Communist Poland.  Not necessarily welcomed with open arms in the countries they went to, they got on quietly with their lives, working hard to buy homes and as their children grew up and married, grandchildren were born, forming our generation. There was no time for remembering what had gone before. 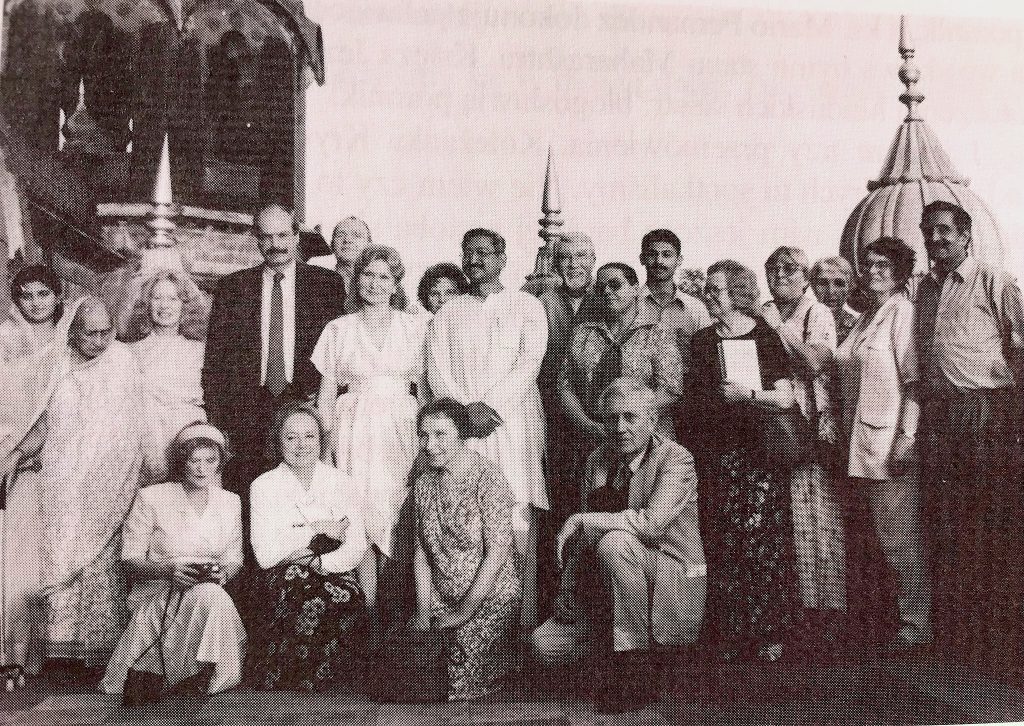 It was only once the children had grown up and retired from work was the Circle of Indians formed, in 1991, organising trips to their wartime ‘home’, visiting cemeteries and funding a statue in Kolhapur. The comprehensive documentary book “Poles in India 1942-1948” was also written, in Polish and English, covering every aspect of their lives in India. Only recently, a group of 90 year old ‘orphans’ arrived in Balachadi to celebrate the special bond Poland has with India. Poland also remembers the Maharajah’s kindness with a school and square in Warsaw named after him. Indians are also ever more interested in this chapter of India’s history.

The children who lived through the horrors of war, for only they are still alive, never forgot the land of ‘home from home’, where they had a chance to recuperate and keep the hope alive of returning to a free Poland, which was sadly not to be. By 1948 they had all left to start new lives elsewhere but India remains in their  hearts, as an oasis of calm in their turbulent early lives and India remembers them.

A shorter version of this article was produced for an exclusive evening of food with Ren Behan, author of Wild Honey and Rye: Modern Polish Recipes at Darjeeling Express in London.