Where are you heading this summer?

In summertime by the marina of this stylish Polish town on the Baltic, you could easily imagine yourself to be on the Med.

How is that? Because Sopot, initially a playground for many of Europe’s aristocratic families and later artists and bohemians, has in recent years become a refined and hip destination with glittering nightlife on the beach and a series of music festivals throughout the summer season.

Lonely Planet describes Sopot as being “about moneyed Poles flashing their cash in ritzy eateries standing alongside old Polish literary-themed cafes” and that’s probably about right. But it’s also full of ordinary Polish families enjoying the many miles of stunning beaches along this shore. Backed by protected dunes, the other side of which is a long coastal path to walk along, there are plenty of well spaced bars and restaurants for Polish craft beer, food and delicacies ranging from the traditional to ultra smart. Who would believe it’s so close to Gdansk and the legendary shipyards that gave birth to the Solidarity movement? Nowadays you can easily cycle from Gdansk to Sopot along the tree-lined cycle route that separates the beach from adjacent parkland, woods and the main road beyond. 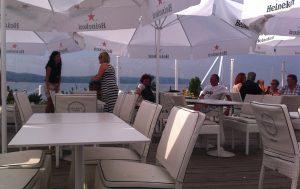 Sopot’s pier – the longest wooden one in Europe – stretches for over 500 metres into the Baltic so there and back you have already travelled a kilometre. At the end of it, supposedly the concentration of iodine in the sea air is twice that on the seashore, a feature not lost on the health-conscious. For centuries pregnant women and small children have been recommended trips to the seaside here as well as asthmatics, those with allergies and nasal problems.

Don’t be mistaken however into thinking this pier is full of Poland’s equivalent of Kiss Me Quick hats or other merchandise. It really is a pleasure to stroll it, and right at its end, you can hop on a boat ‘to Hel and back’, as my husband likes to quip.

Hel was first mentioned as a centre of herring trade in the 12th century. It was given city rights 100 years later and had mixed fortunes as a result of intermittent Polish, Teutonic Knights and German rule. After World War I a new railway was built along the peninsula connecting the town to the mainland. This also meant that villages along this strip of land developed as holiday destinations, such as Chałupy and Jurata. Friends of mine say these are lovely quiet places to stay if you can cope with getting there – train is preferable to car as you can imagine what happens on a hot day on a single-lane road to Hel. My mother also has good memories of a holiday in Wladysławowo during communist times and that’s just on the edge of the peninsula. 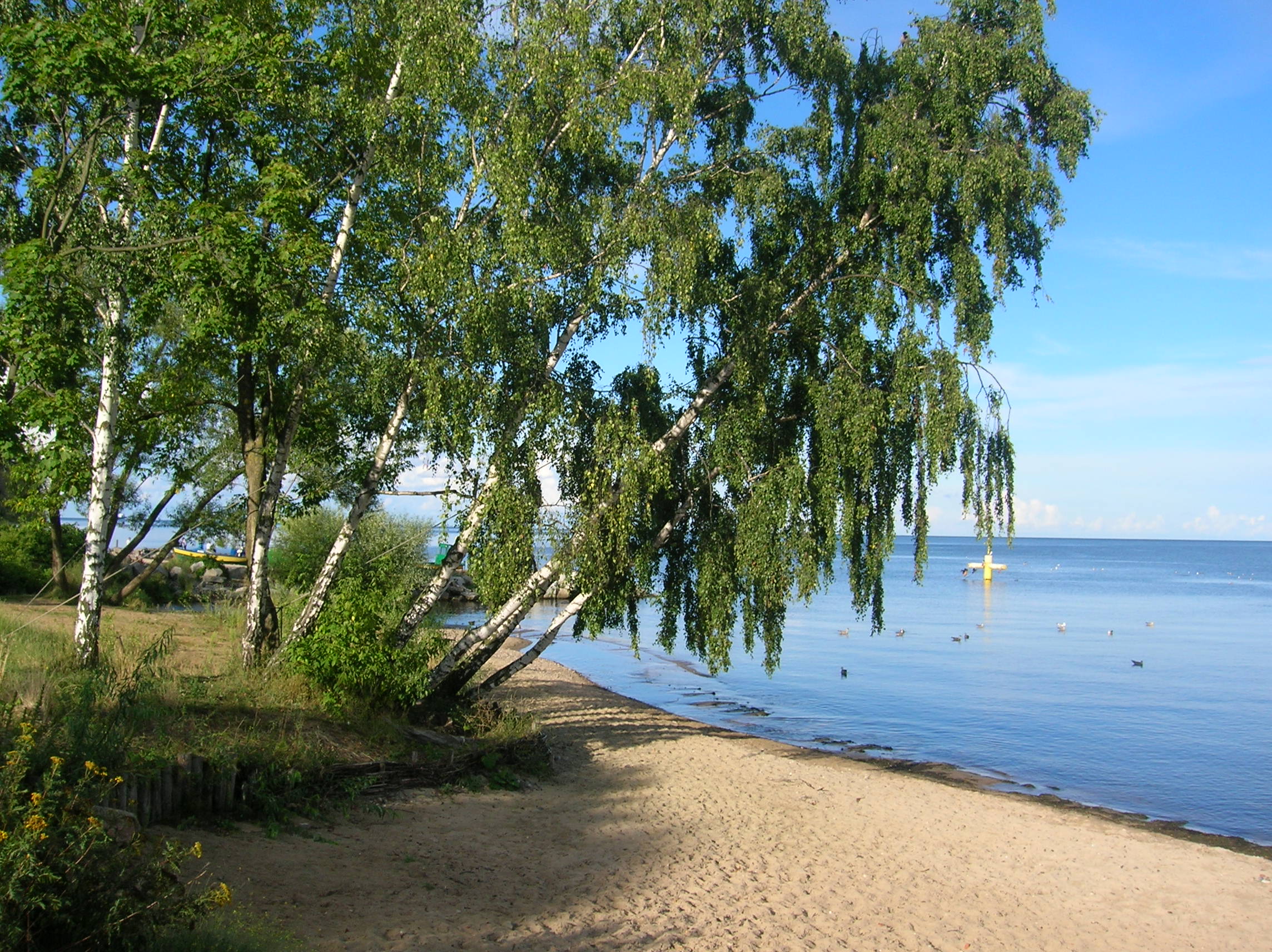 The sand in Hel and along this narrow strip of land is almost white and the beaches are bordered by pine forests. I’ve been there in blazing heat and also in slightly cooler conditions but it’s definitely worth a trip, even if only to brag that you have indeed been to Hel. I’d definitely choose a 90 minute boat trip over rail if travelling from Sopot. On the boat a few summers ago we watched a father play “rock, paper, scissors” with his children during the crossing and so we played too, learning to say just dwa trzy (two, three) over and over again in rhythm to the sound of the waves slapping against the hull. 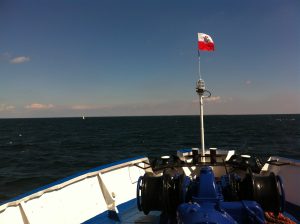 Average temperatures in Sopot are 21C in July and August with highs of 27C and lows of 15C – so this isn’t quite in the league of the Cote d’Azur but when it’s hot it tends to stay that way. We went for 11 days and it was baking for nine of those before the weather broke. Ah, the relief of summer rain!  There’s plenty to do locally and you can always visit the ships of Gdynia or the historic city of Gdańsk for a day. The beach of Orłowo north of Sopot is quiet and peaceful if you want to get away from the crowds. There’s also the memorial at Westerplatte to soldiers who defended the peninsula for seven days from Nazi attack in September 1939.

Wherever you’re planning to visit this summer, I hope you have a brilliant time. Sopot and its surrounding area offers everything from ‘quiet family breaks on the beach’ to something extra for those wanting nightlife and glamour. Then there’s the prices – first have a look at the South of France then compare and contrast. And me? Well, I’ll be visiting the pier this summer, before heading to the mountains for a different slice of Polish summer. Na Zdrowie!