An All Souls’ walk through Polish cemeteries 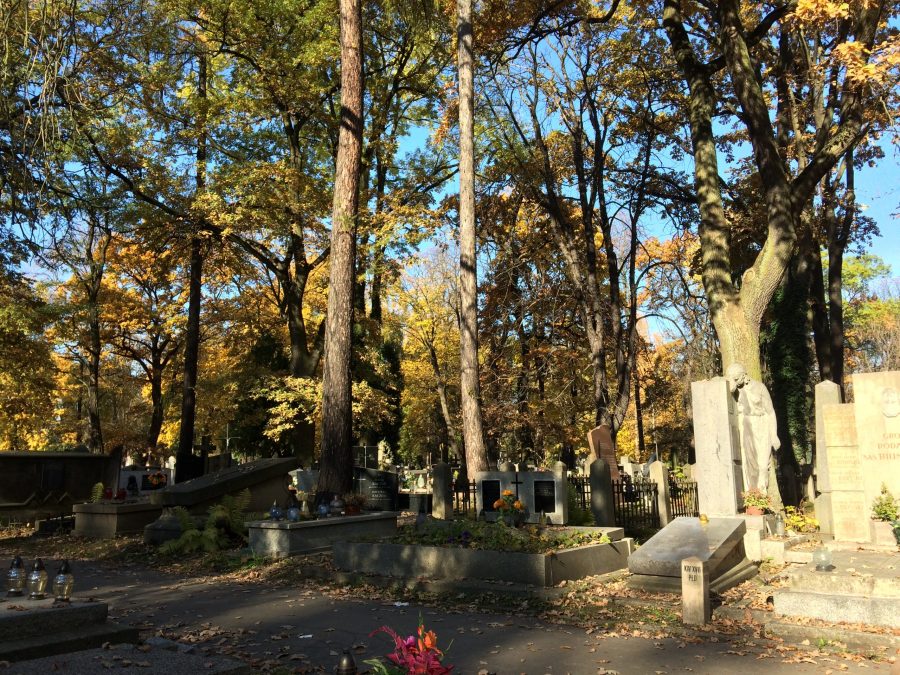 Saunter with me through some of the famous Polish cemeteries I’ve visited through the years, within and outside Poland’s boundaries.  Poland’s All Saints Day on 1st November is a national holiday when everyone travels to their family’s cemetery to honour the dead, although it is 2nd November which is actually All Souls’ Day, also named Zaduszki, a day of prayers for departed souls.

Rakowicki cemetery was set up far from the then city borders of Kraków in 1803, making it a testimony to the history of the city for the last 200 years.  Set up as a garden cemetery and expanded several times, it has important examples of sculpture and architecture.  The Angel of Vegenance, to the left of the entrance, a composition of Konstanty Laszczka, stands on the graves of  victims of bombing carried out by the Austrians from Wawel castle on the city in 1848 following a Polish uprising.  The statue was founded in 1913, 65 years after the tragic events. 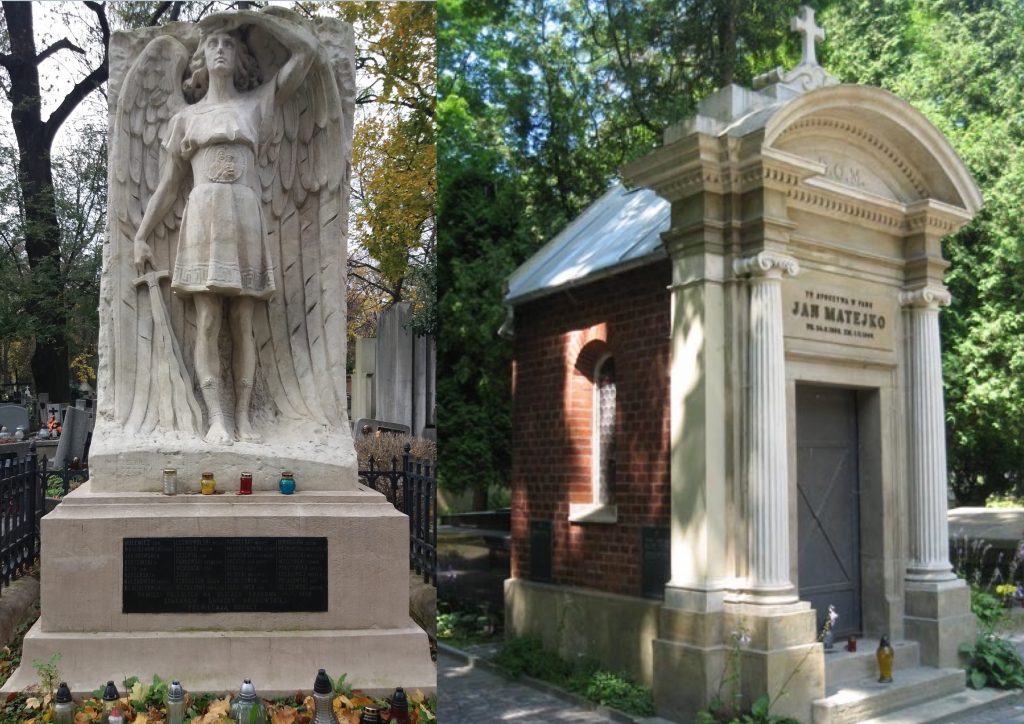 Easy to spot is the grave of Jan Matejko (1838–1893), famous painter who has influenced our view of key events from the history of Poland is buried at the top of the main alley.

Not far away are the family graves of The Kossaks, a 19th century dynasty of painters with Juliusz Kossak who painted battle-scenes opposing the military occupation of their country such as The Relief of Smolensk.  His son Wojciech Kossak also painted historical battles, panoramas and the famous portrait of Piłsudski on horseback and Jerzy Kossak 20th century portraitist and lover of battle scenes related to Napoleon’s retreat from Moscow.

Powązki is perhaps the best known of cemeteries, founded in 1790 and designed by Dominik Merlini – the court architect of the last King of Poland Stanisław August Poniatowski.

A million people have now been buried there, including many well-known and distinguished Poles including Władysław Reymont (writer and Nobel prize winner), opera singer Jan Kiepura, poet and satirist Wojciech Młynarski. Chopin’s parents (he of course is buried in Pere Lachaise, Paris but his heart is in the Church of the Holy Cross, Warsaw), composer Witold Lutosławski, director Krzysztof Kieślowski and Irena Sendler who saved 2,500 Jewish children from extermination. 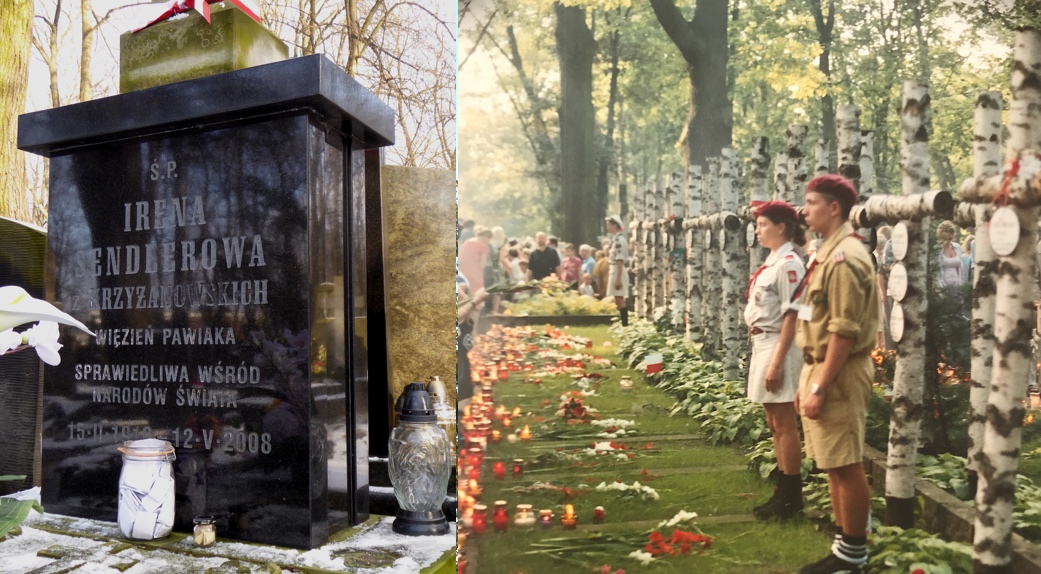 Whole alleys are devoted to soldiers who fought in Polish uprisings for their homeland, in the First World War, the Polish-Bolshevik war, the September campaign of 1939 and the well known birch crosses of those who died in the Warsaw Uprising, some very young, remembered by scouts every year.

Rossa cemetery or in Lithuanian Rasų kapinės, is another historic site of 26,000 graves, many of them family mausoleums, built in 1769. 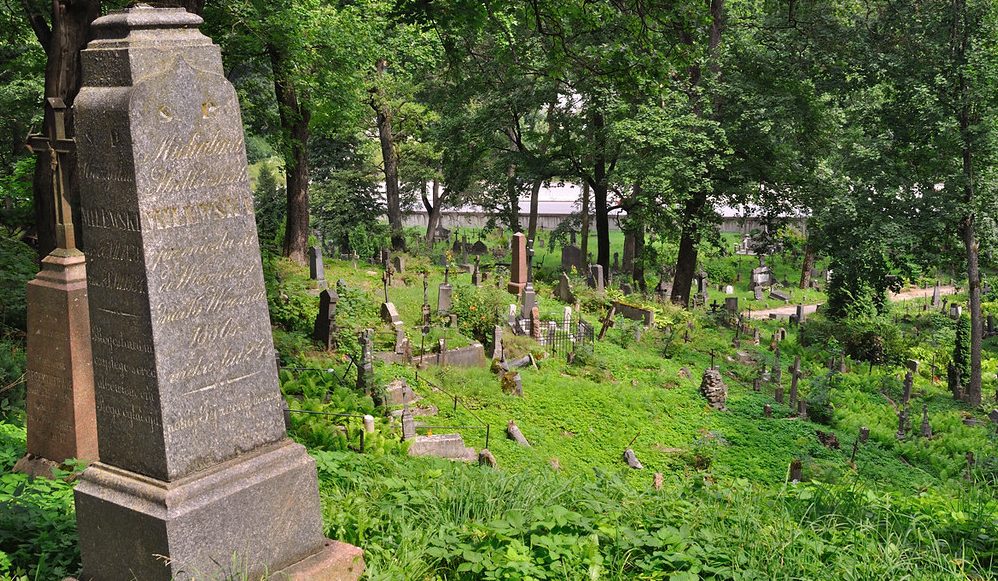 It holds the graves of soldiers who died in  1919-1920 and 1939-1944 and many Polish, Lithuanian and Belarussian graves but is primarily known for the mausoleum at the entrance to the Mother and Heart of the Son – Józef Piłsudski’s heart, placed next to his mother’s as he himself asked for“I don’t know if they will bury me at Wawel. Let them! But may my heart be then enclosed in Vilnius, where my soldiers lie…” 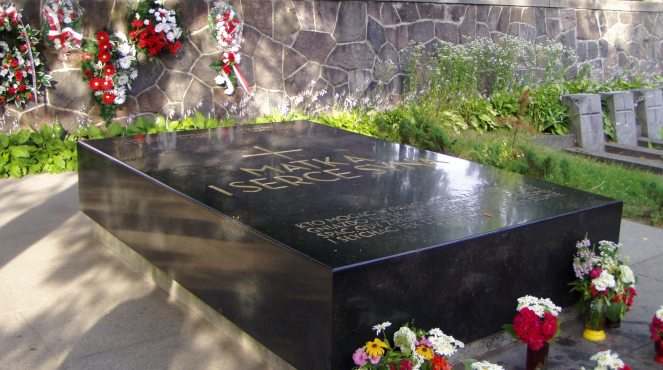 In communist times it was a banned place, a motorway was due to be built in its place in the 1980’s but after Lithuanian independence it was reopened. On my first visit in 1992 it was overgrown and derelict then gradually brought back to life, particularly the soldiers’ graves which I witnessed being honoured by ex-combatants  over 20 years ago. One of them, a Pan Witold, sang Maria Konopnicka’s “Rota” alone, the others listening as if he was their chief.  Most of these men will now also have crossed life’s border, though sadly not to be buried at Rossa as no burials have taken place here since the 1960s. 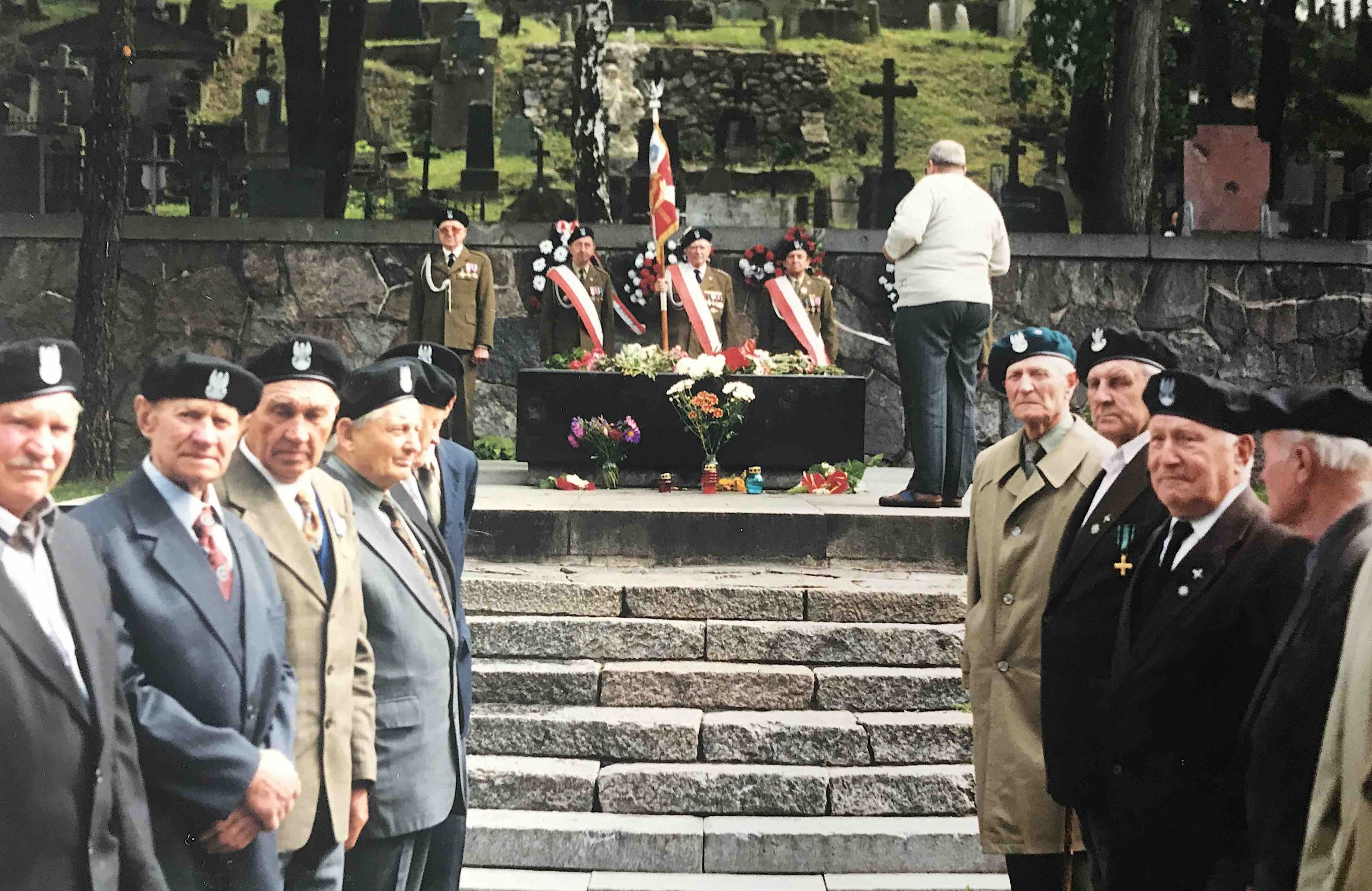 Built in 1786, it was called the “garden of sleep and love” by the french traveller Gabriel Dauchot. The main alleys are taken up with many people who were distinguished in the field of culture.Maria Konopnicka, poet, children’s writer and   author of the lyrics to the patriotic song “Rota“,  artist Artur Grottger who painted battles and heart-rending scenes of men leaving home to join uprisings, Gabriela Zapolska novelist and playwright.

These gives you a flavour of the cosmopolitan nature of this city, now Lviv in Ukraine, which I visited in 1998. On the left, this was the sorry state of the graves of the defenders of Lwów in 1918 – 1919, many of them children. A part of the cemetery known as “cmentarz Orląt Lwowskich” – the eaglets of Lwów, for many years it lay in ruins after the second world war, but renovated in 2005.

Oddly there aren’t as many poems about Zaduszki. The well known priest Jan Twardowski wrote the now classic “let us hurry to love people, they depart so quickly” but Danuta Gellnerowa was a Lwów born poet and author of children’s books.

“For these who have gone into an unknown world,  flames are swayed by the wind. So many flowers under the cemetery walls and above, an autumn sky”

Let us think of these flames today under the autumn skies light our own candles in memory of loved ones and take time to think of times spent together, particularly as many of us cannot visit cemeteries this year.

You may also want to read:

Young Poland art exhibition attracts new audiences
When you hear the name Wyspiański or Wyczółkowski you may think of pastel portraits or paintings of Polish peasants in the vast landscapes of Poland. Sadly little is known outside...
47 Likes

The humble sosna pine tree of Poland
My family's quest for finding pine forests is quite legendary. Since childhood, I've been taught to look for the sosna (pine-tree) on walks in the countryside. Whether for grzyby (funghi),...
90 Likes

Artist Jan Matejko – putting Poland on the map
The portrait of Jan Matejko’s “Copernicus: Conversations with God” recently arrived at the National Gallery in London. It is the first work of a Polish artist to be on show there and...
261 Likes
We use cookies on our website to give you the most relevant experience by remembering your preferences and repeat visits. By clicking “Accept”, you consent to the use of ALL the cookies.
Cookie settingsACCEPT
Manage consent