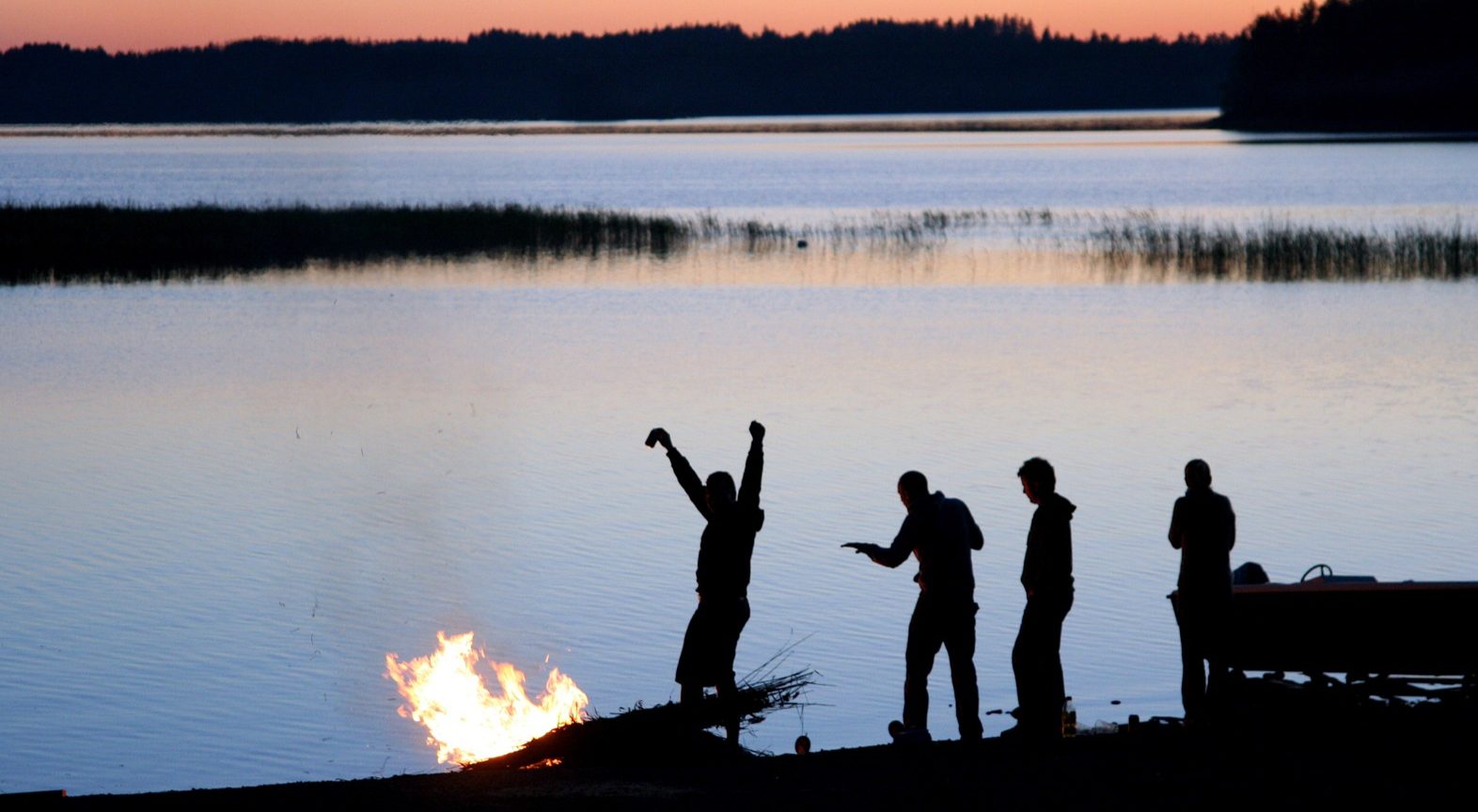 Although the longest day of the year (the solstice) is today, 21 June, the tradition in medieval England and ongoing in Poland is for midsummer celebrations on Noc Świętojańska (St John’s Eve, 23 June). Why not plan something special in the garden or on the riverside for the weekend?

This carnival night goes back far into our Polish history. It was originally called Sobótki or Noc Kupały, some claiming this comes from a Slavic heathen god Kupala (of bathing). Since Christian times, it has been named St John’s Eve and takes its name from the saint’s day of John the Baptist on 24 June, linking to the baptism of Christ in Jordan. Take from that what you may.

On this special night, many believed that the whole earth and nature was taken over by some extraordinarily powerful and invigorating force. Spirits roamed the earth and there were many ways of protection against their charms, but it was also believed that they influenced young people to feel love. Water apparently blooms on this night and takes on life-giving power so people immersed themselves in rivers and lakes, especially if the water had been touched by lightning during a storm. The following day saw the sun shine with extraordinary light and shimmer in the sky. People would gather at night, in clearings and on hills, light large fires, throw in herbs, sing and dance all night. Not so dissimilar to today’s raves? 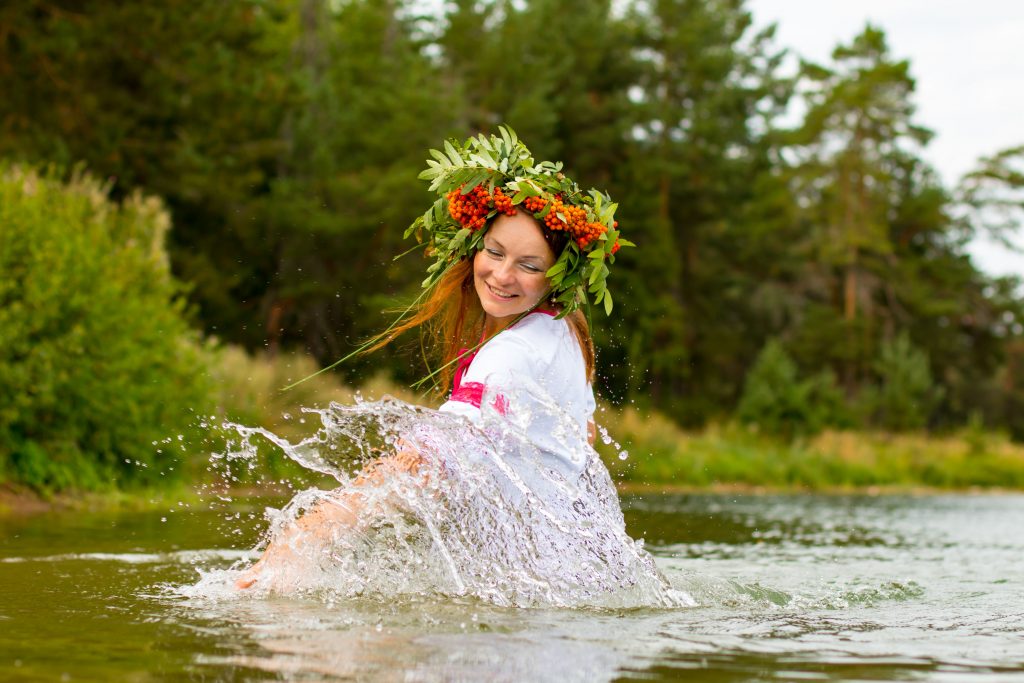 Floating flower wreaths surrounding a singe candle into water was a common practice. The girls watched to see if their home- made wreaths flowed straight downstream, merged with others or were fished out by boys who dived in further down to choose one.  If it got entangled in plants it sadly meant no marriage that year. If the candle died, it symbolised the death of a longstanding love. The worst thing was for it to overturn or sink which foretold difficulties in love, spinsterhood, an illegitimate child and sadness.  There are many links with St John, but rather in connection with finding a husband, for example, the girls sang: “O John, John, the green leaves fall, and you Janek, the labourer, look for a wife.”  Try it! I’ve done it many a time with the harcerki (girl scouts) on the nearest river and it’s always a most serene experience watching as they float silently away. 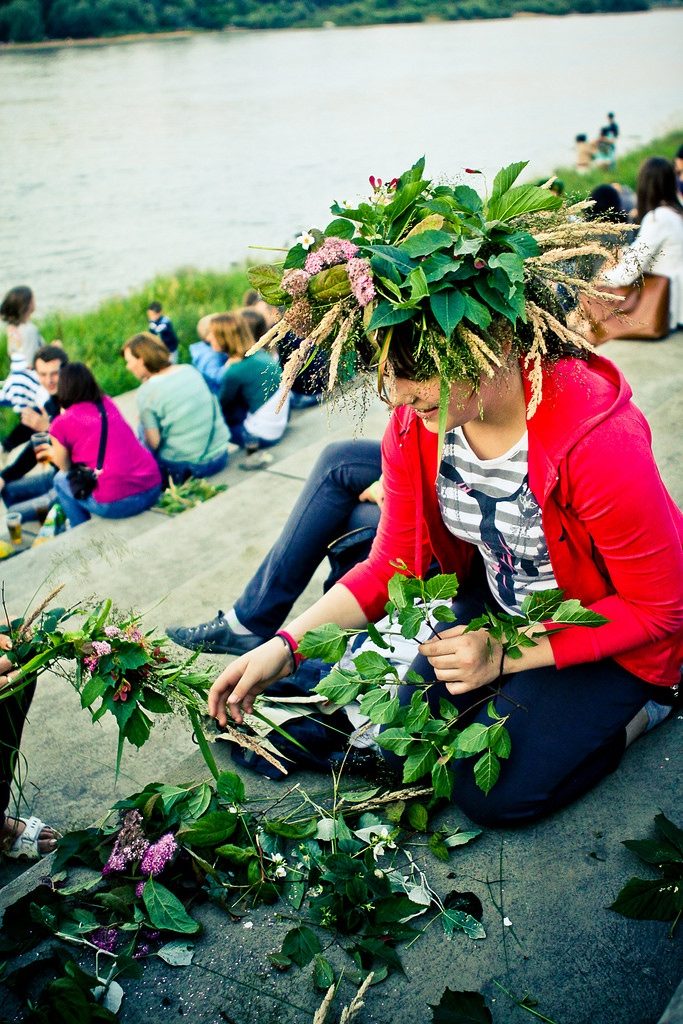 Making wreaths on the Vistula river/ Ministry of Foreign Affairs of the Republic of Poland/CC by 2.0

Jan Kochanowski the 16th century poet was delighted by the custom and wrote a sixty stanza poem telling of the beauty of this night:

Outside the evening’s drawn, we wait for morning’s dawn” 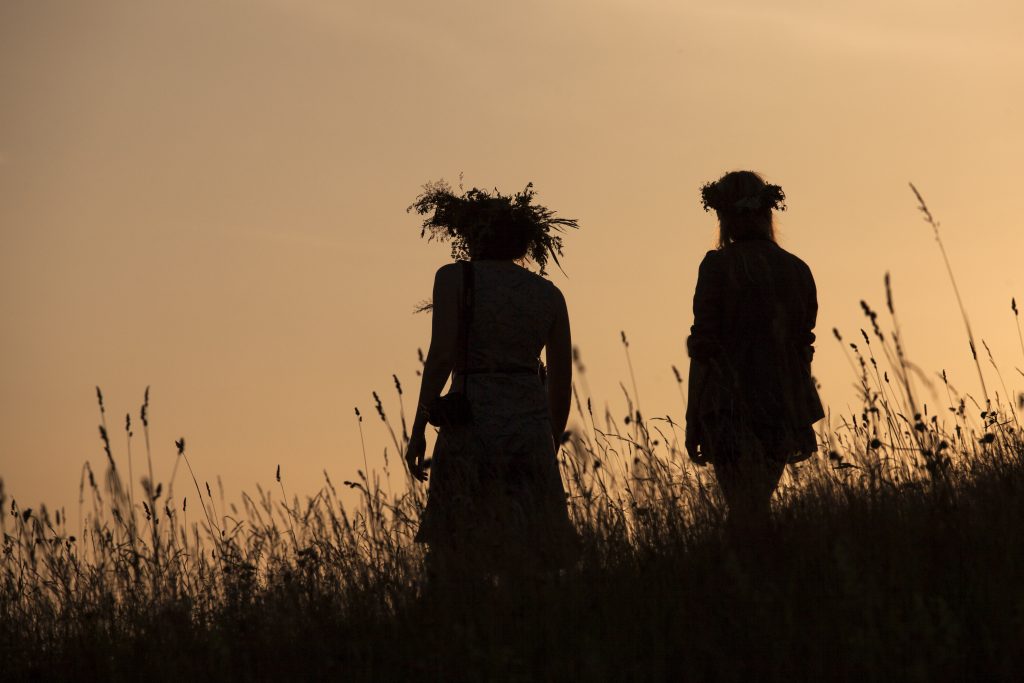 In earlier centuries, girls formed dance circles around the fire and in their songs asked St.John for deep love and a successful marriage; boys showed off their dexterity and jumped across the fire. Sometimes they jumped in pairs, boys and girls holding hands tightly. A successful high jump with joined hands and intertwined fingers predicted a fast, successful and enduring marriage. It was believed that the fern blossomed this night, and its flower gleaming in the darkness would illuminate the way to hidden treasures for the person who found it. Boys around midnight went to look for the fern flower, a good excuse to take a girl to help so the search became a pretext for secret embraces.

Although you could have a game to look for the flower, you could also sing the song “Kwiat Paproci” (1947)

“Come to me, I’ll give you the fern’s flower. Picked in the forest at dead of  night.

It’ll gild your life like the sun’s rays, reach out your hands for it’s promise of bliss”

It’s all about the search for happiness, a bit like the Blue Bird in the UK. It’s had a verse added about a mother’s love: “Najmilejsza w życiu jest mi Mama” “My Mother’s the dearest person in my life” and on scout camp, sung on the first couple of nights, would always make the youngsters homesick.

Or if in Poland, just go to one of the many modern celebrations 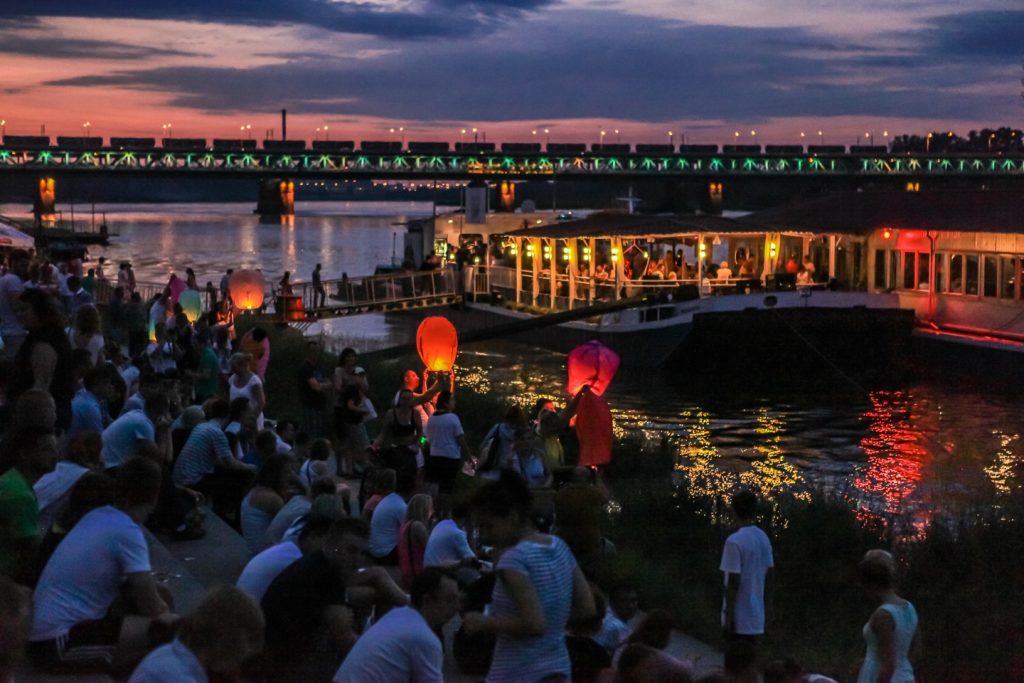 Midsummer’s night in Warsaw/ Ministry of Foreign Affairs of Republic of Poland / CC by 2.0

Now, wreaths shine on St. John’s Eve, reflected in the water in many places on the Vistula and other rivers and ponds for private and public events. In Warszawa and Kraków there are great artistic performances by rivers accompanied by both home-made and enormous company wreaths. Fun and games are key to the night with concerts, boat cruises and artistic performances.

Try organising one in your garden and enjoy the thrill of jumping over the fire – it may bring you luck!

Happy Noc Świętojańska/Midsummer’s Night to you all!