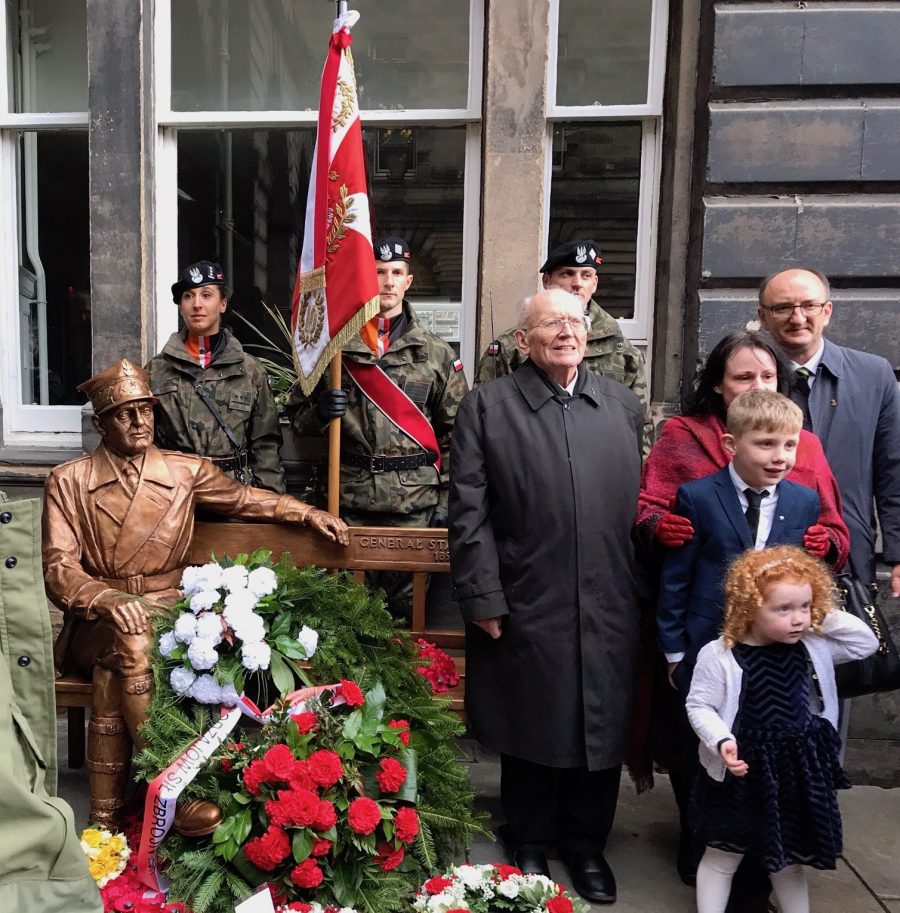 On Saturday 3 November I travelled to Edinburgh for a weekend of 100 year celebrations since Poland regained its independence, yet Saturday itself was all about this forgotten war hero.  The Lord Provost hosted members of Maczek’s family as well as the Polish Ambassador to the UK, Polish Consul for Scotland, Polish Army representatives and Senator Anna Anders. Crowds including families of Maczek’s soldiers and Polish scouts lined the City Chambers square. 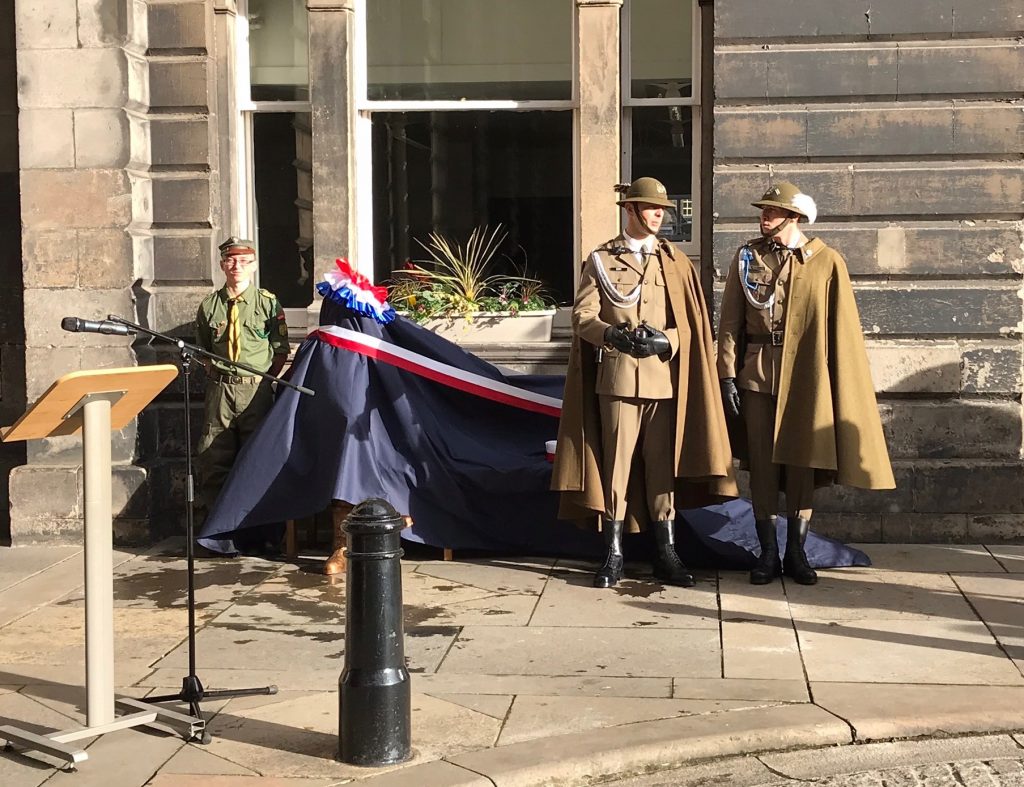 Whilst we Poles hear so much about General Anders of the II Polish Corps, Stanisław Maczek was always less known. I remember hearing he was still alive in Scotland but nothing more. Yet after a life long army career and not losing one battle in Poland in 1939,  he escaped through France and eventually became commander of the 1st Polish Armoured Division, initially defending the Scottish coast. In 1944  the division achieved brilliant victories  in Normandy, Belgium, the Netherlands pushing the enemy back to Germany itself.  After  Germany’s capitulation Maczek became commanding officer of all Polish forces in the United Kingdom until their demobilization in 1947. No mean feat then! 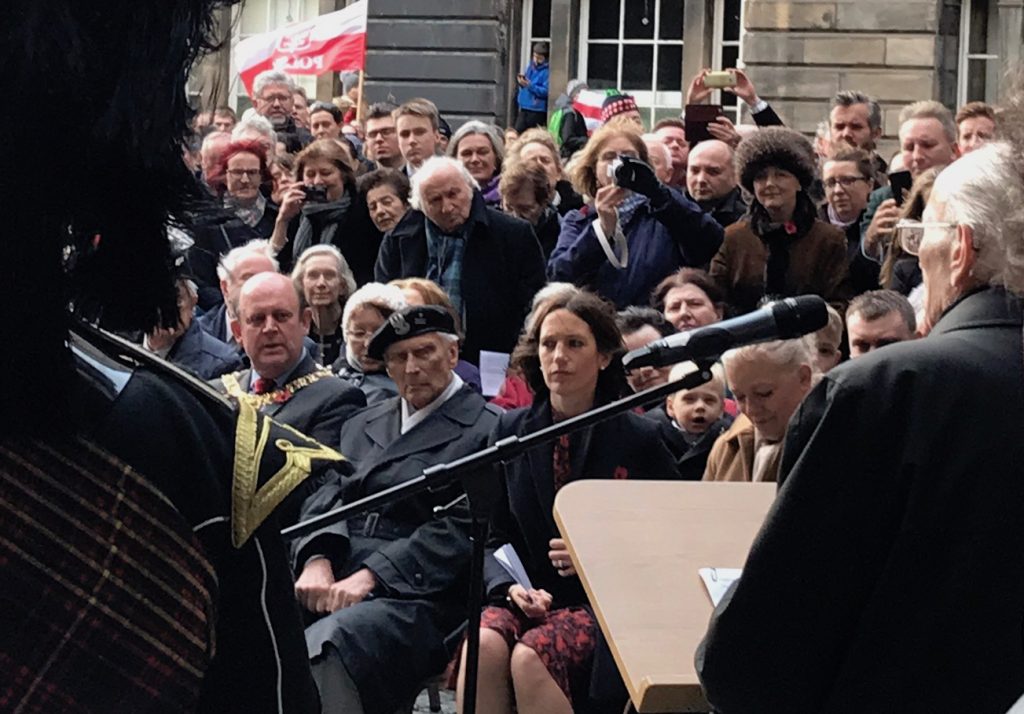 Stripped of his Polish citizenship by the Communist Authorities and deprived a General’s pension in the UK, he settled in Edinburgh and worked as a barman at the Learmonth Hotel. Thanks to the late Lord Fraser of Carlyllie and his daughter Katie Fraser, he has been finally honoured with a memorial. Lord Fraser started the project in 2013 and following his sudden death that year, his daughter took up the baton, forming the Maczek Memorial Trust.  Maczek’s son Andrzej spoke movingly of him at the unveiling ceremony and his granddaughter lovingly told us of the three things he told her were important:  Faith, sticking together as a family and Patriotism. 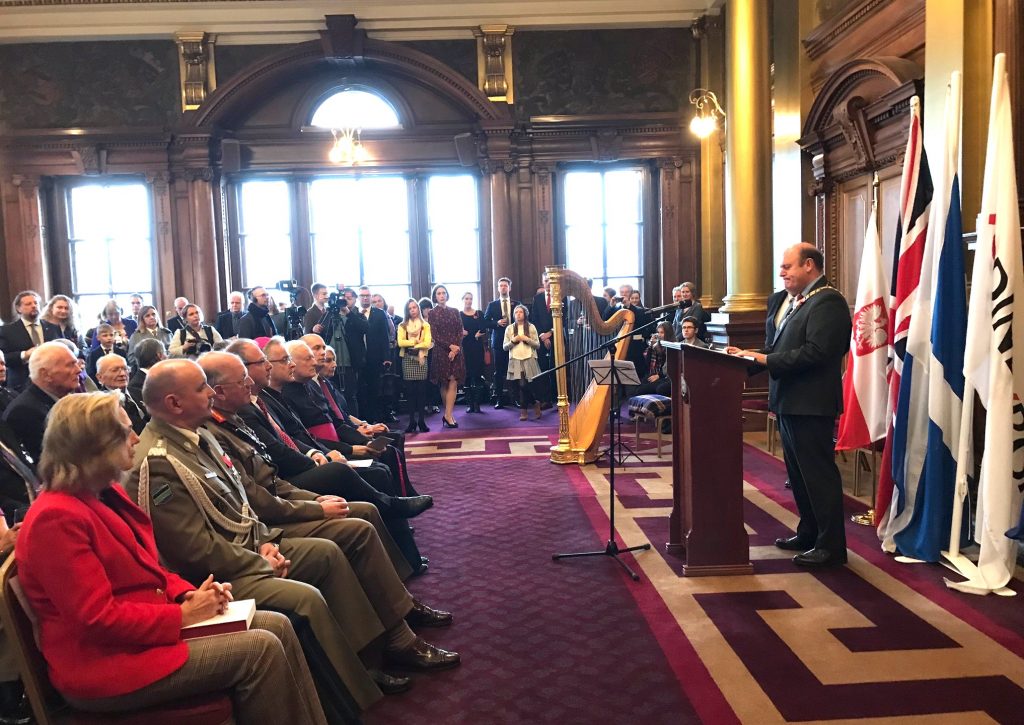 Laid to rest in Breda, the Netherlands with his soldiers who died liberating the town, he is finally remembered in what became his home town of Edinburgh. The memorial outside the City Chambers, featuring the General sitting on a metal bench, was based on benches on Edinburgh Meadows where he would walk regularly with his daughter. Now others will be able to remember and greet General Maczek, as his son did finishing his speech, saying he’d like to say “hello to Tata” (Dad). 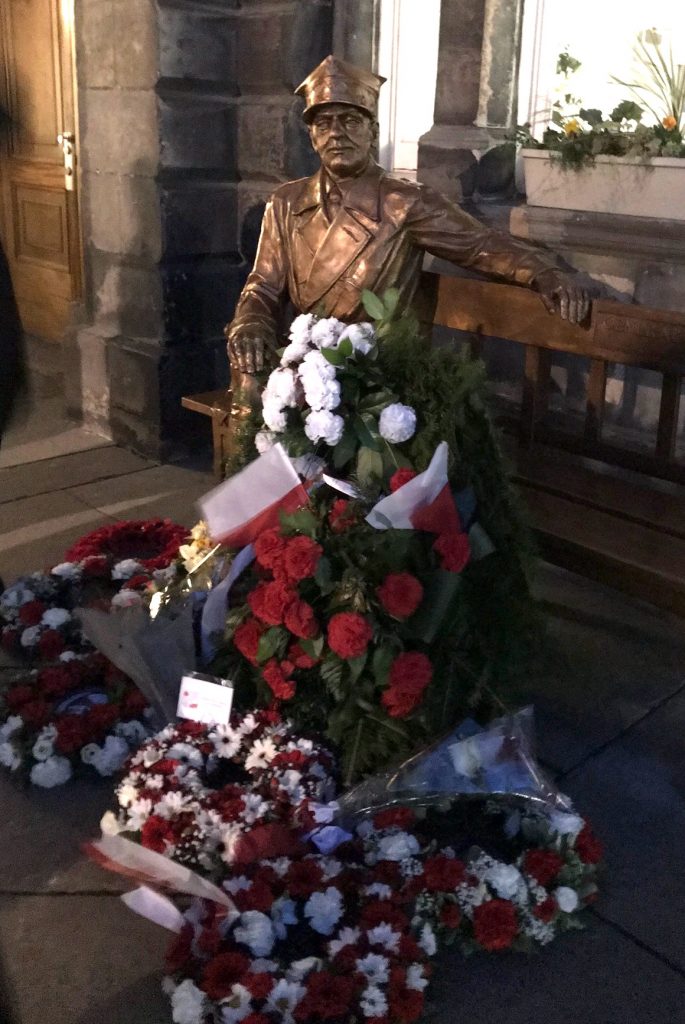