Is it obiad or lunch? 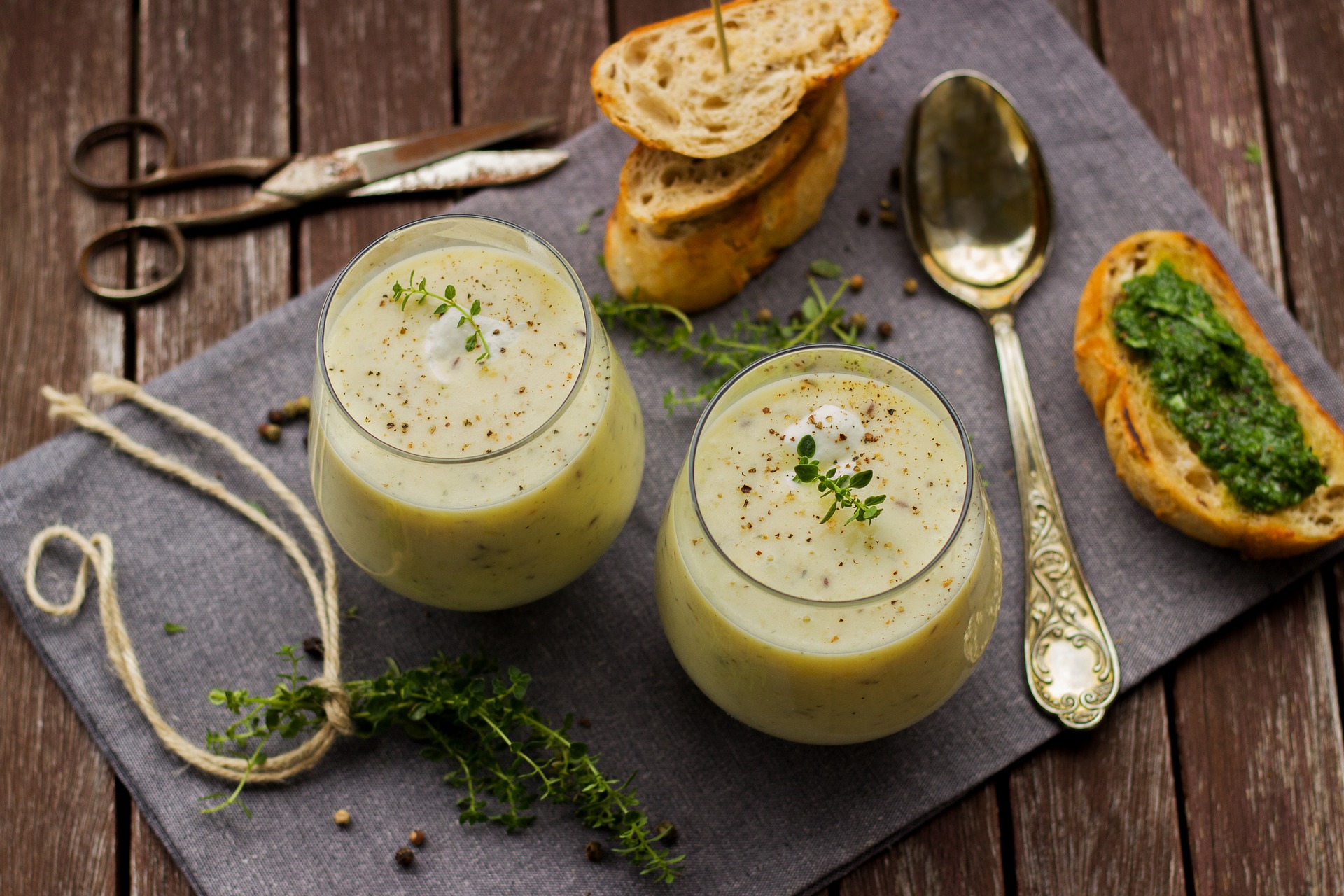 Recently I had a convoluted conversation with friends about the names of meals in Polish and English. What is the difference between drugie śniadanie and lunch? Is there one? And is kolacja supper or dinner? This confusion is not only down to Polish meal names but the plethora of English names depending on where you live.  And is it better to eat the Polish way – with lots of smaller meals or have three a day?

No qualms with that. Eaten between 6am and 9am breakfast in Poland is still made up of open sandwiches with cheese or cold meat. Only a small proportion of women have started to eat cereal (ARC Rynek i Opinia 2016) contrary to the UK where it is very popular alongside toast and bacon butties.

Brunch however is a western import to Poland and is still not widely known – a lazy combination of breakfast and lunch eaten more commonly at weekends between 10 am and 12 noon – with either a buffet style menu or more fulsome breakfast. It’s well known in most restaurants in the UK especially on Saturdays.

Drugie śniadanie (second breakfast) is only eaten in Poland and especially on our Polish obozy and kolonie (scout and cub camps). Eaten between 10am and 11am it’s not lunch, it’s a snack, fruit or yoghurt and there is a similar British habit known as “elevenses” though this is only tea and a biscuit, obviously eaten at 11am. Most of us would call this a tea-break.

Lunch in Polish, lunch in English 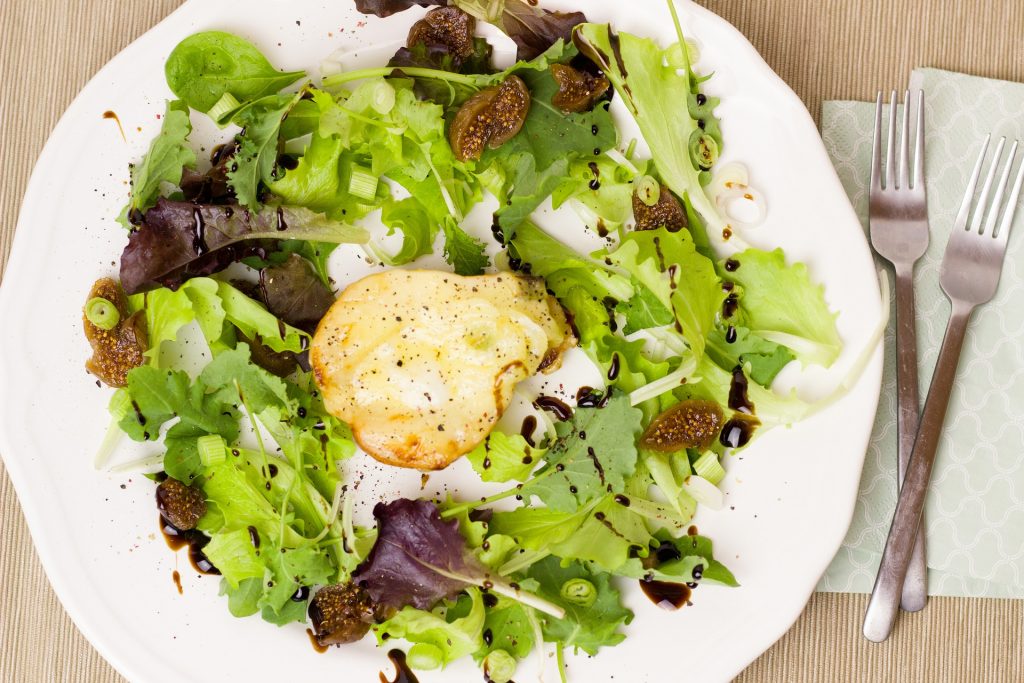 I have noticed increasingly more restaurants advertising lunch in Poland and it’s pretty similar in both countries, a one course meal eaten between 12 noon and 2pm during a work break. If very light, it could be seen as a late “drugie śniadanie”.  Also known as luncheon to some but I will stop there. 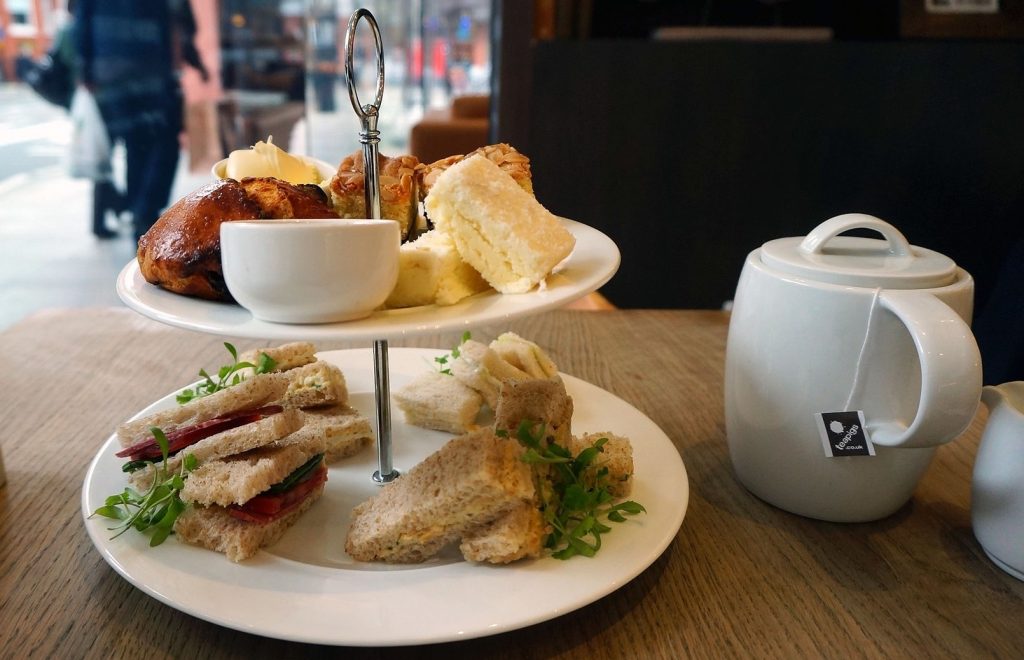 After lunch it gets complicated in the UK. Whilst Afternoon Tea may be drunk at home by the upper classes at 4pm, for the rest of us it means a treat in a restaurant or cafe. We might joke about it as a quick cup of tea at work, though when I worked at the Ministry of Defence the ladies had a cup and saucer for tea, never mugs. In times gone by High tea would be eaten later, at 5 or 6pm (cold meats or cheese with bread and cake) but is little known nowadays. In Poland, podwieczorek, an afternoon cup of tea and cake, yoghurt or fruit is often forgotten about due to more people eating a quick lunch. Depending on where you live in the UK your next meal could be tea, dinner or supper.  Dinner is still the most popular name for the evening meal, eaten between 6pm and 8pm but for those those in Northern England (from Manchester to the Tyne and Wear) it’s mainly called tea –  but also as far south as Shropshire where people are fairly split between dinner and tea (YouGov 2018).

So what is obiad? 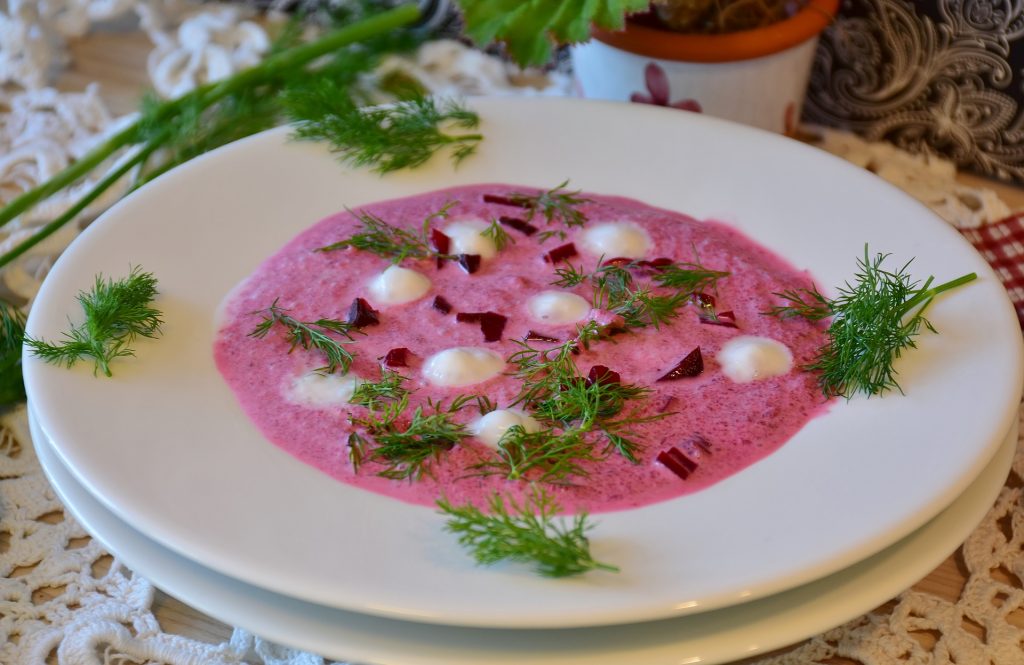 This is the one that’s difficult to translate as it means different things to different people.  The problem is that traditionally in Poland, a two course meal obiad (dinner) was eaten any time between 12noon and 4pm but with the acceptance of western working patterns this has been moved to 6pm. Whilst most Poles eat breakfast and drugie śniadanie, further meals depend on whether they work or not – those in cities are starting to eat at lunchtime (this could be a light lunch or a two course obiad), in villages they are more likely to eat the traditional obiad (two course meal with soup) at around 2pm. Many have started to eat a main meal for kolacja, often referred to in hotels as an obiadokolacja. Confused? 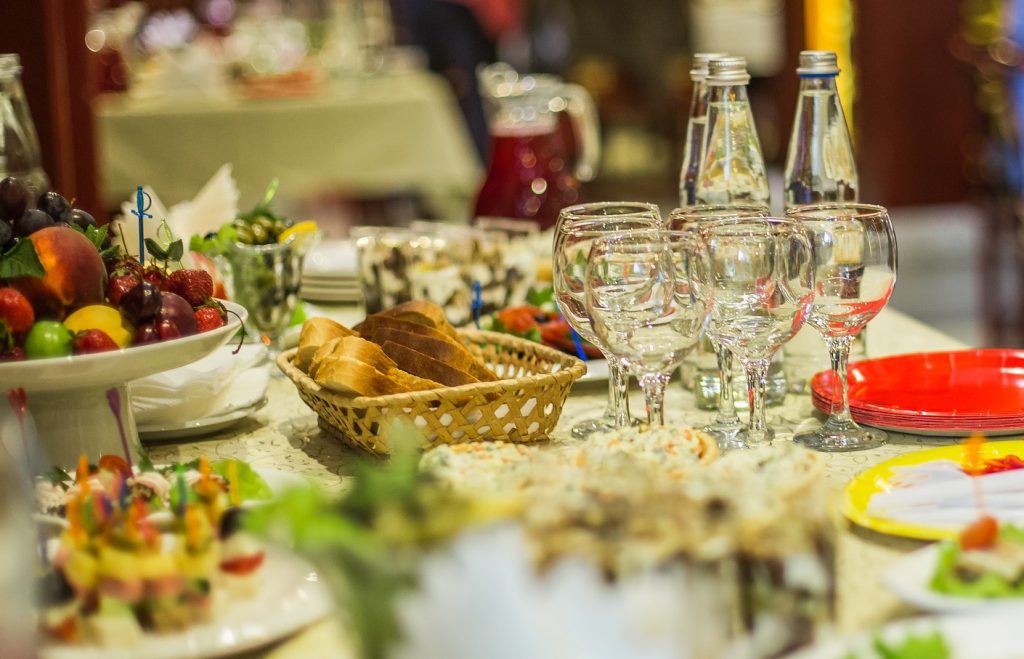 So we come to  the evening meal. In the UK supper is a rather upper class concept, a light, end of day meal, usually with cold meal eaten between 7pm and 9pm but now people say “come for supper” meaning  a more informal type of dining with friends rather than a dinner party which is seen as old hat.  Most of us eat dinner, or tea at this time apart from weekends when the great family Sunday lunch comes into play.

Kolacja – could be seen as supper for those who eat a light snack – toast, sandwiches (as does my father-in-law who eats supper) and for Poles a light meal of bread, cold meats, cheese, tomatoes rather than anything hot.  For those who work long days, this could be when they eat a two course obiad but call it kolacja. Confusingly the word kolacja comes from the Italian collazione which means breakfast. 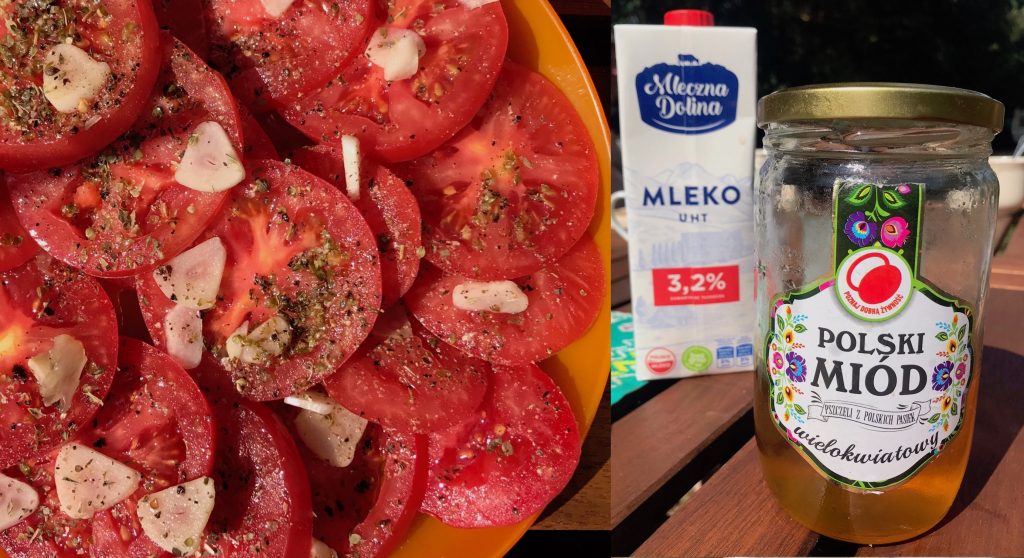 There’s an old Polish saying “eat breakfast like a king, lunch like a prince and supper like a beggar”. Research in Poland says that the tempo of your metabolic rate is the fastest in the morning and gradually decreases during the day . According to nutritionists at the Instytut Żywności i Żywienia, śniadanie (breakfast) should constitute 25 to 30 percent of your whole day’s calorie intake, while the drugie śniadanie (second breakfast) should constitute 5 to 10 percent, leaving 60 percent for the rest of the day’s meals, split between obiad (40%) and kolacja (20%) in total 4- 5 meals.

Eating every 3-4 hours means there’s more chance we’ll eat a variety of food groups including plenty of fruit and vegetables and will never overeat.  I personally stick to three meals a day however I’m starting to wonder about this idea of starting with a hefty breakfast perhaps eating a plate of jajecznica (scrambled egg) after my cereal. When I’m in Poland I often do that and don’t feel truly hungry until later in the day, having a small snack mid-afternoon, though that doesn’t fit into any of these categories apart from perhaps podwieczorek. As for losing weight, Californian researchers basing their work on checking the BMI of over 50,000 people, have said it’s best to eat breakfast and lunch and skip supper altogether. 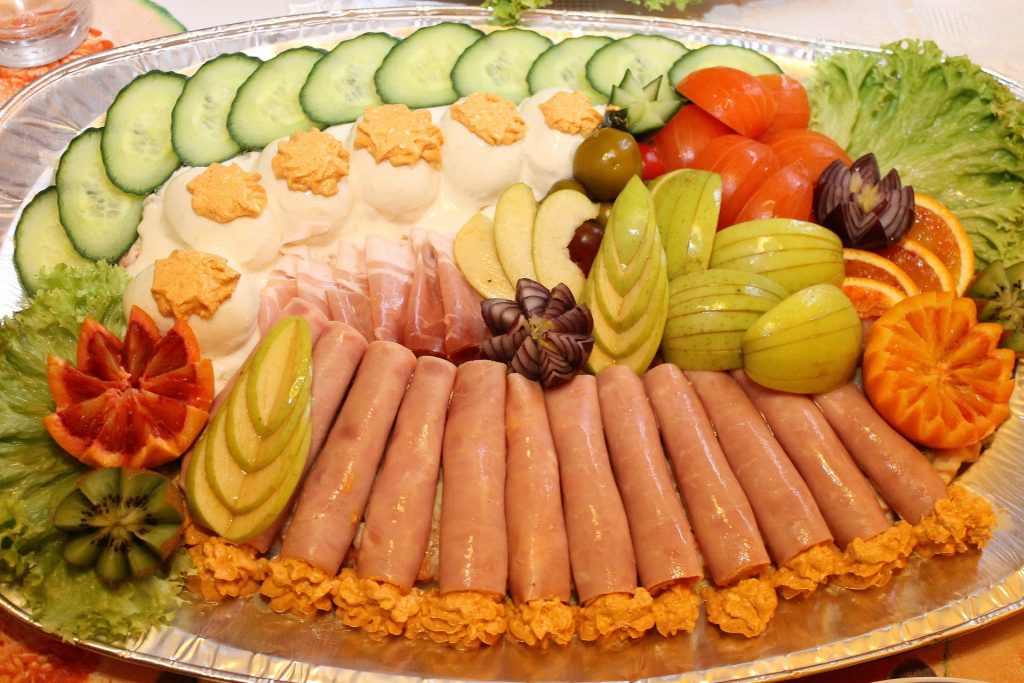 Ultimately we all eat differently depending on our lifestyles. Polish research clearly shows we should eat more, earlier and there’s a lot of advice in the UK about not eating too late. But whenever you eat it, you can’t beat a Polish platter of cold meats, eggs and salad with bread – it includes carbohydrates, protein with a little fat and vegetables – something from every tier of the food pyramid recommended for healthy eating. As to what to call it, at lunchtime it’s lunch,  at dinnertime, kolacja. When I go to my Mama’s late afternoon I go for obiad, when I call my son for an evening meal I say kolacja but I discuss this meal with my husband as dinner.  Say no more.