Poles’ own version of Valentines – Kaziuki 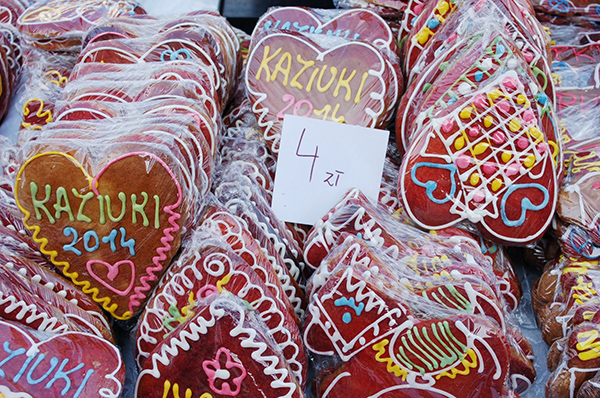 Valentine’s Day has long gone and the shops are no longer awash with red and pink paraphernalia. But did you know that originally, it was the ‘Kaziuki’ tradition which popularised the idea of a lovers’ day? Saint Kazimierz (Casimir’s) Day on 4 March is a much older tradition than St Valentine’s day.

While Valentine’s has been celebrated in England since the 18th-century with flowers, confectionary and greeting cards, the  Wilno (Vilnius) Kaziuk festival has been celebrated on St. Kazimierz (Casimir’s) Day since the 17th century, with handicrafts and gingerbread hearts on sale, decorated with sayings in the Wilno dialect such as:

“A Kaziuk heart I offer, for no gold do I hold in my coffers”

So part of my heart is always in Wilno as my grandparents met and married there, but St Kazimierz also spent time there as the second son of Polish King Kazimierz Jagielończyk. Taught by the famous Jan Długosz, the young Kazimierz had exceptional intellect and education, was humble and strove for justice and fairness. Taking an active part in political life, he took over many royal duties in Lithuania two years before he died on 4 March 1484 aged only 25. In 1604 after his canonisation, Wilno celebrated the first Kaziuk march which in time became a colourful festival. 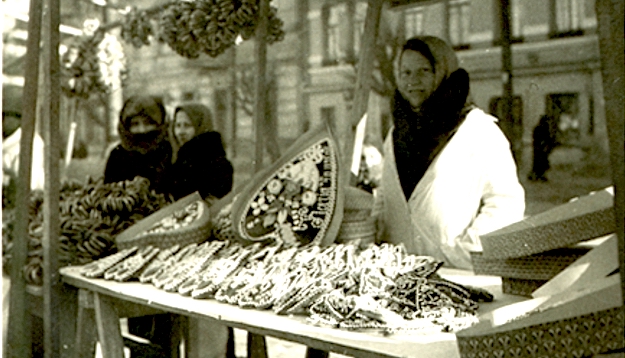 It continued throughout the 19th century and even became a formal day of holiday in the city from 1928 to 1939. It survived throughout Soviet rule, though diminished, and prospered again after Lithuanian independence in 1990 forming a vibrant three day festival.  St Kazimierz is the patron saint of Lithuania and his remains are buried in a silver tomb in Wilno Cathedral.  Here’s a film of the 1939 kaziuk festival. Halina Chmielewska from Wilno says:

“I  remember the gingerbread hearts. Every self-respecting boy had to buy his girlfriend such a heart. These were the Eastern Polish Valentines!”

Married ladies decorated their homes with hearts to enliven the love in their relationships and young people swapped gingerbread hearts with their names on or a question about love. 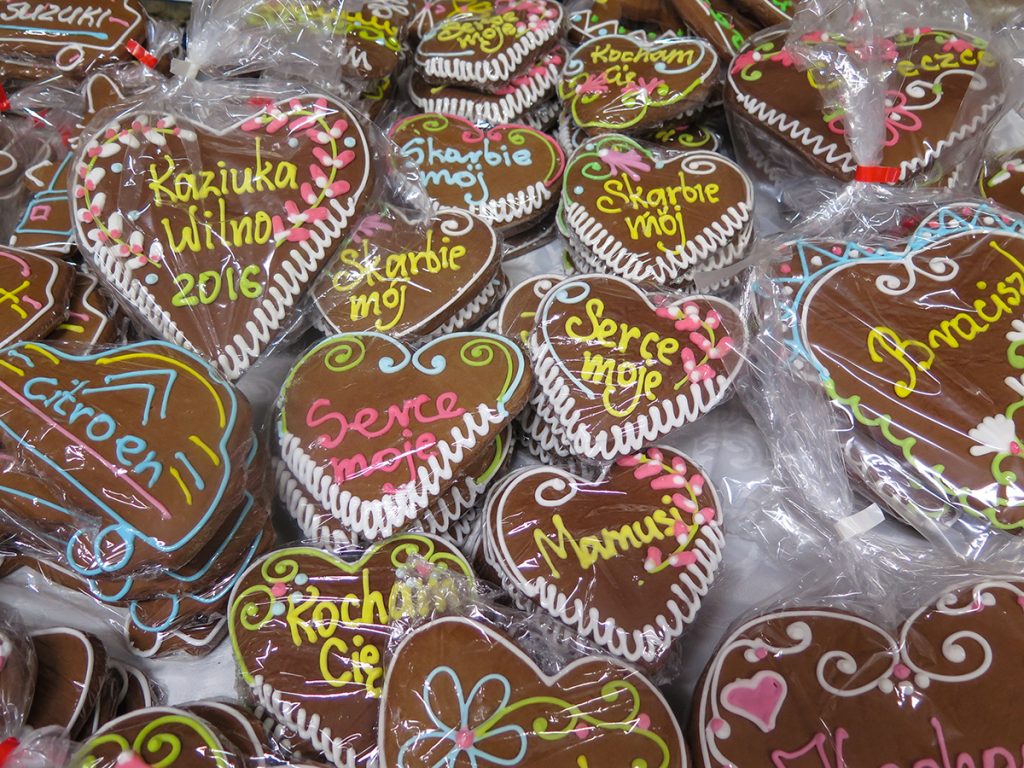 In the last 30 years, Polish towns have started Kaziuk festivals – Poznan, Szczecin and now Gdansk. Wherever there are Wilno Societies, like Poznan which saw a massive influx of repatriated Poles from Wilno just after the Second World War, there are Kaziuk fairs. And harcerki (Polish girl scouts) closer to home might just have been selling you some hearts on the first weekend of March.

Why not make your own?

Here’s a recipe from my good friend Ren Behan – it’s for Christmas gingerbreads but the recipe is the same, just make heart shaped ones and decorate with coloured icing with your lover’s name or a cryptic question? They might think you’ve forgotten them at Valentine’s but they’ll be delighted now with your home-made polish gift, and at least they’ll know it’s not been mass-produced.