The battle of Monte Cassino – what happened next for the Poles? 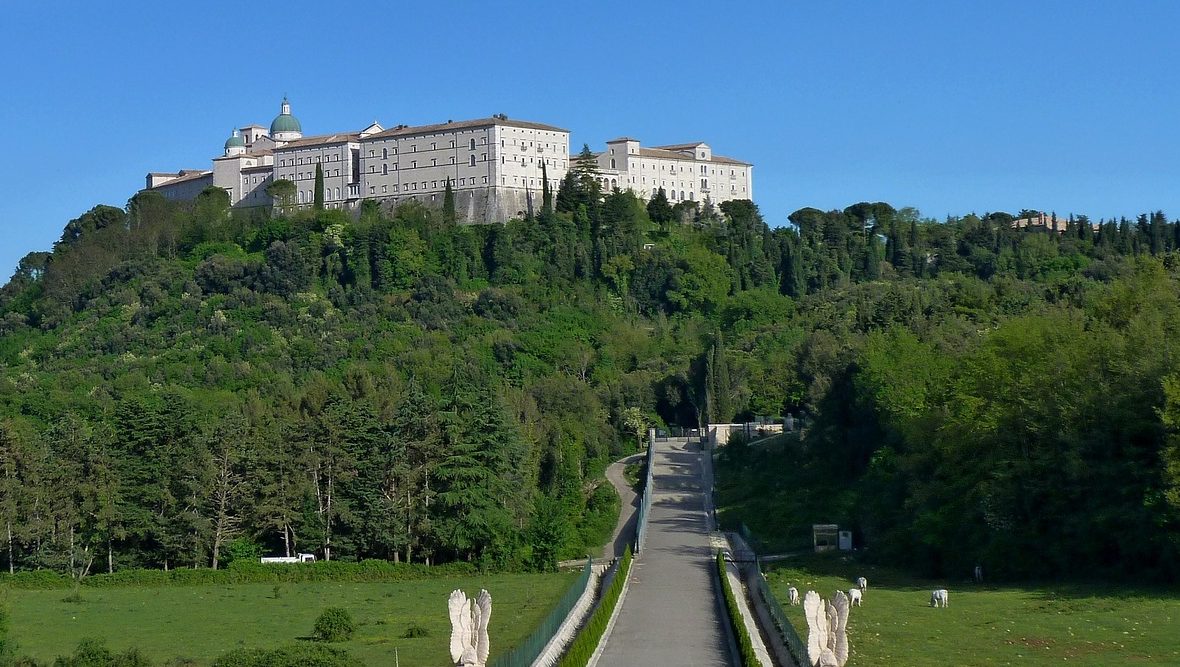 The battle of Monte Cassino is known as one of the decisive battles of WWII and for Poles, as the sacrifice of so many to break the German defence with renewed hope for Poland to regain her freedom.  At this time of year, the media focus is on Monte Cassino, yet the story of what happened next is rarely told. After a few weeks’ recuperation, the 2nd Polish Corps was ordered to take Ancona on the east coast then continue on to Bologna, a campaign fought with more Polish lives  lost than on the slopes of Monte Cassino.

It was a significant achievement to force the German retreat from Italy. When Allied troops finally landed in Sicily in 1943, Italy signed an armistice with the Allies. However, German forces seized the initiative, quickly disarming Itałian troops and then occupying Italy, reaching the far south. Italy’s mountainous backbone with ridges to the east and west makes it an incredibly difficult terrain for armies. Soldiers had to cross ridge after ridge, from which defenders could easily pick off their enemy in the rivers below, making for an extremely arduous campaign. The Germans with Field Marshal Kesselring in charge, blew defensive positions out of the rock, turned stone built villages into strongholds, mined whole tracts of land and destroyed bridges and cratered roads. The German Gustav line was impassable. 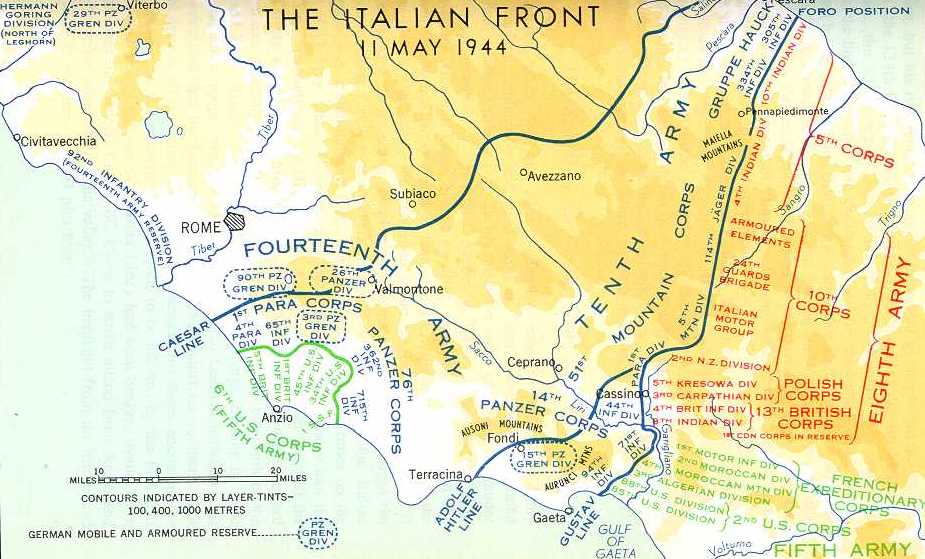 Meanwhile General Sir Harold Alexander commanding the Allies’ armies, had to co-ordinate different countries’ forces and styles of fighting – the British 8th Army, the US 5th Army, Canadian troops, French Expeditionary Corps, New Zealand and Indian divisions and of course the 2nd Polish Corps.  Following the fourth attempt to gain Monte Cassino, when a soldier of the 12th Pułk Ułanów Podolskich (Podolski Regiment) put the Polish flag on the monastery on 18th May, many soldiers collapsed from exhaustion. Whilst the Americans pushed on for Rome (which as a declared free city was not occupied), the Poles under General Anders were ordered to gain the port of Ancona on  the east coast, which they captured after a month-long battle on 18 July – their only independent battle in the Italian campaign.

There are 1072 soldiers buried at Monte Cassino but nearly 2500 are buried in cemeteries across Italy and the total number of Polish casualties in the campaign (killed and wounded) was 11,000. An Italian/Polish website gives all the names of those buried during the whole campaign. 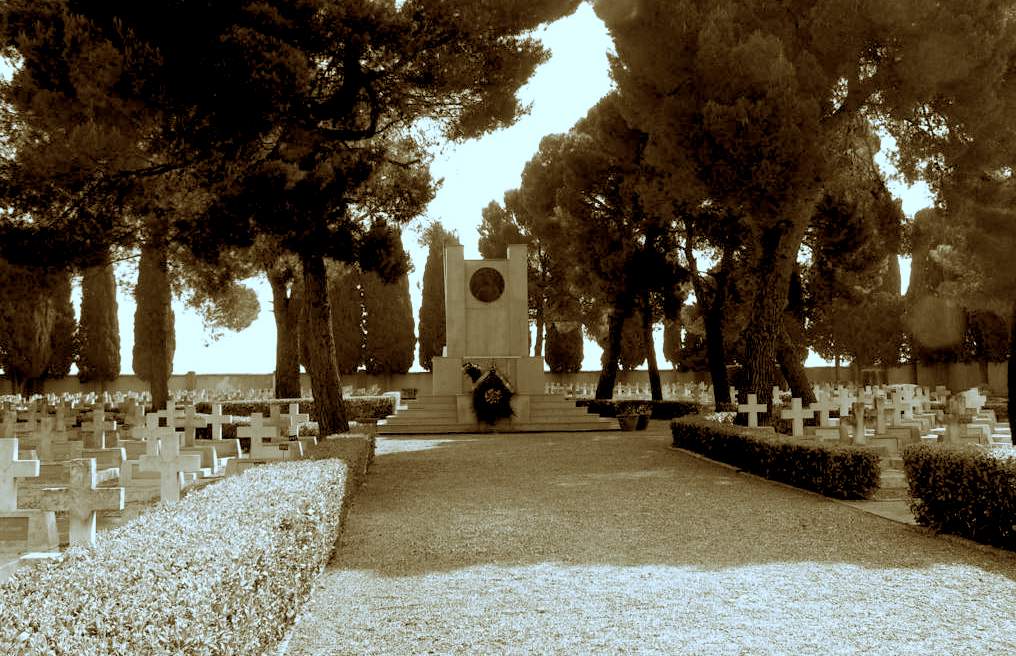 Casamassima is a small town, not far from Bari in the south and is the resting place of 429 Polish soldiers who died from their wounds throughout the Italian campaign. The hospital at Casamassima set up on 4 May 1944 with nearly 300 personnel, at its height dealt with 2000 soldiers. Although it was far to transport soldiers from the battlefields, they came by ambulance truck often on roads damaged by war or by ambulance airplane. The cemetery features an image of the Ostra Brama Madonna of Wilno (Vilnius) and the inscription “Unbroken by forces of law – they gave their lives with heroism and honour.” 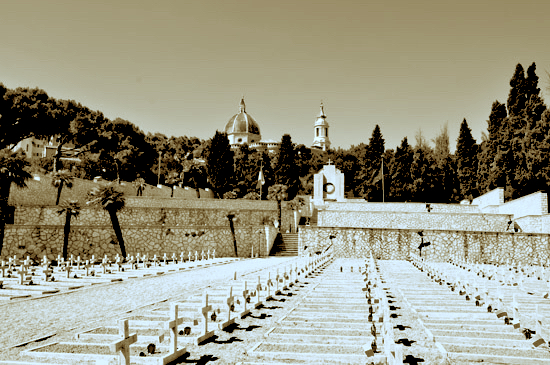 This is the final resting place of 1081 Polish soldiers, who fell in the battles for Loreto and Ancona. Starting in early June, they covered 250km, winning battles for the rivers of  Chienti, Potenza and Mussone by 9 July, then the hills and town of Osimo and finally Ancona.  The main gate has the symbols of the 2nd Corps with the dates in which soldiers died 1943 – 1946  and an inscription in Latin quoting St. Paul: “I have fought a good fight, I have kept my faith and a crown of righteousness awaits me”. 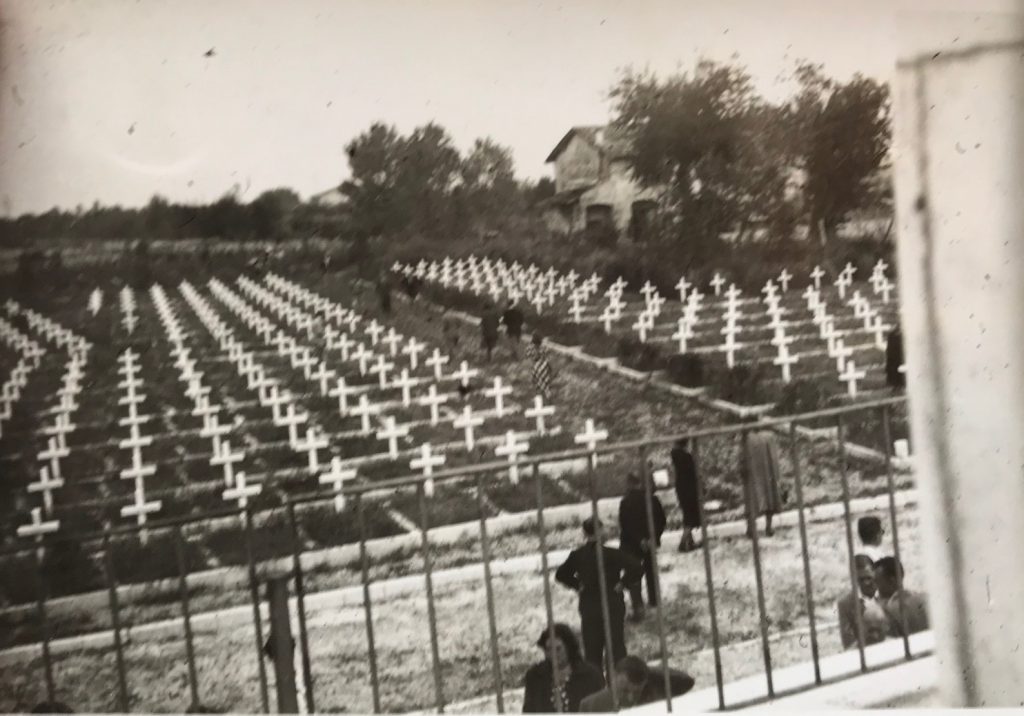 My father visited Bologna Cemetery in 1950

Bologna is the largest Polish cemetery with 1,432 soldiers of the 2nd Corps who fell in battle on the Gothic Line, in the Apennines, on the River Senio and during the liberation of Bologna. Sadly the morale of the troops was given a massive blow in February 1945 when they found out about the outcome of the Yalta conference, losing the homes and land most of the soldiers had come from, to the Soviet Union. Despite what felt like a betrayal, General Anders agreed to carry out this last operation which lasted from 9 – 21 April 1945, led by the British and American commanders, after which the Poles were withdrawn from action.

On 18th May I will be thinking of those who died in the hope of recovering from their wounds, having survived the first battle, those who fell liberating Ancona or fell at the last battle of Bologna.  But also of those who never even made it as far as Italy, having died of illness and hunger even before they got their soldier’s uniform. The road to freedom for many started upon leaving Russia and at this time of year it is important to remember them all.

If you found this article informative, read my other article about the battle of Monte Cassino