A Polish/Scottish tale of Bonnie Prince Charlie and three Clementines 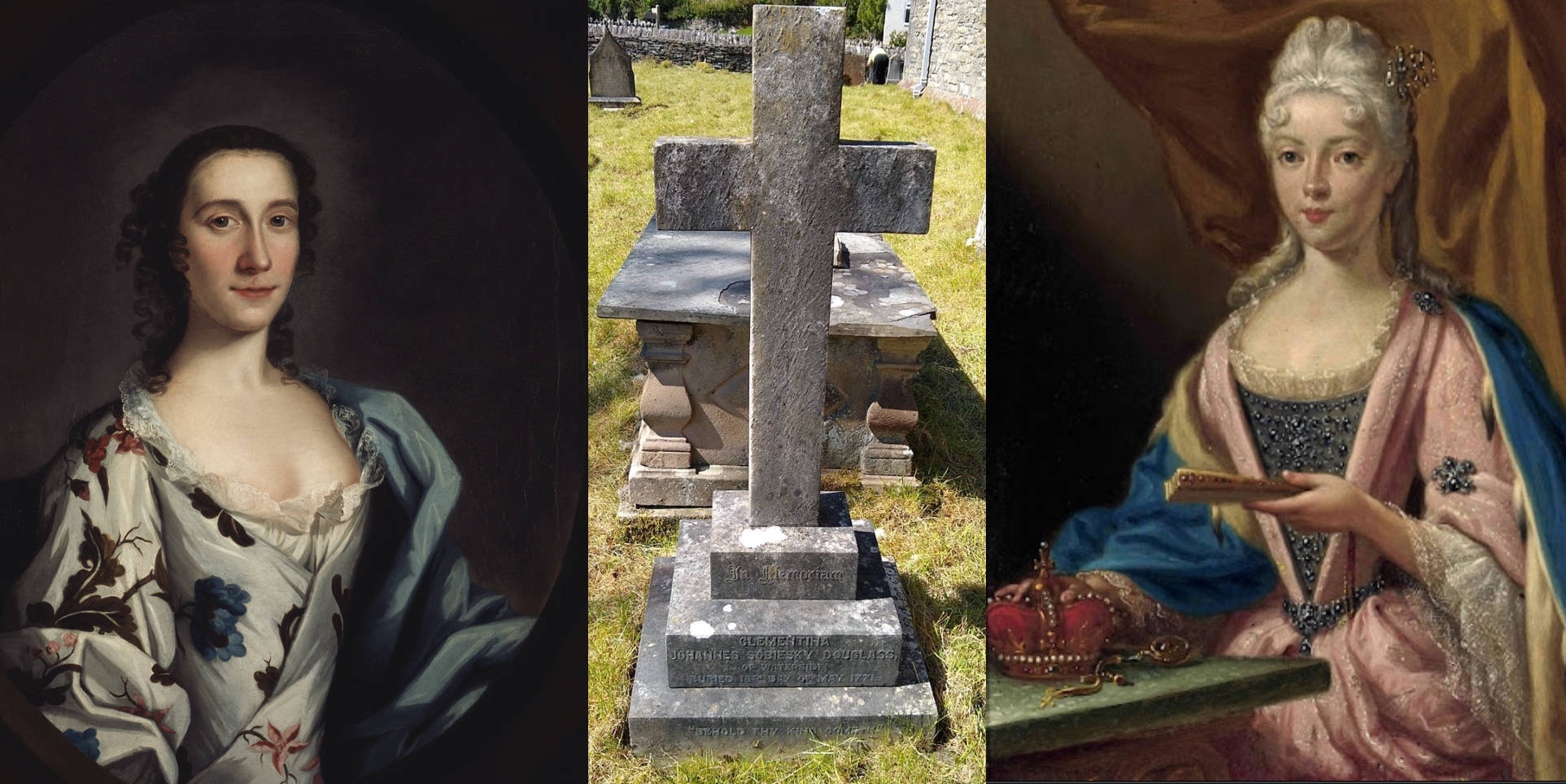 As the winds howl and the rain lashes against our Galloway steading (farm building) in south-west Scotland, I’d like to share with you a tale of three ladies. Their stories are intertwined with the legend of Bonnie Prince Charlie, who was half-Polish and who once stayed at a nearby  castle with his army, while waiting for troops from the south to support his doomed attempts to reclaim the throne of England and Scotland.

Grand-daughter of the King of Poland

Maria Klementyna Sobieska was the grand-daughter of King Jan Sobieski, who defeated the Turks at Vienna in 1683, thereby ‘saving Christendom’. Klementyna – the first of the Clementines in this tale – had made a daring escape from a castle in Innsbruck in 1719, to reach Italy for her wedding to the exiled Scottish Stuart, James III known as the ‘Old Pretender’ to the throne of England and Scotland. At this time, the Holy Roman Emperor had been persuaded by the English King to imprison her, concerned as he was about James’ claim to the throne. 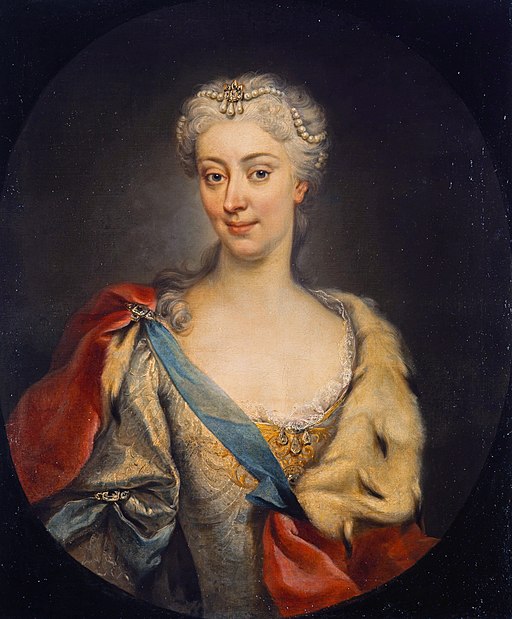 James Stuart III was the son of the last King of England and Scotland (James II) who had been deposed by his daughter Mary and her husband William of Orange. His life was lived in exile and his supporters were known as Jacobites (from Jacobus, the Latin name for James).

Klementyna was said to be a beauty, sharp-witted and well-educated but sadly for her, the marriage was not a happy one.  They lived in Rome, supported by the Pope and other catholic monarchs but she wanted more influence over her two sons, Prince Charles (she called him “dear Karlusiu”) and Prince Henry. Objecting to Protestants being in her husband’s closest circle she left for a convent, practicing strict religious methods of fasting and although she reconciled with her husband, died early at the age of 32. An ardent letter-writer, her correspondence to her husband survives, numbering on average 28 letters a year.

Bonnie Prince Charlie and his Clementina

Klementyna and James’ son, ‘Karlusiu’ (later known as Bonnie Prince Charlie) grew up mainly in Italy and France. He was passionate enough about the Scottish cause to raise an army against the English with support from the King of France. 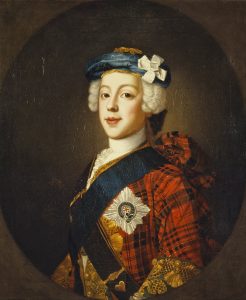 Charles had many affairs but one with Clementina Walkinshaw was particularly significant – no Polish blood whatsoever, but her father supported the Jacobite cause. It is said Clementina was named after Charles’ mother, was possibly her goddaughter and being born in Rome, may have known Charles from childhood – but this is supposition alone. What is known, is that Prince Charles stopped at her uncle’s home at Bannockburn, near Stirling on the way to battle with a fever, and was nursed back to health by Clementina. 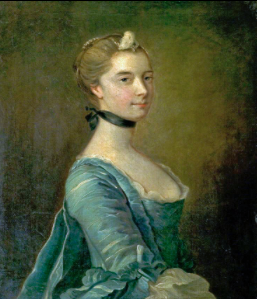 Charles had marched as far south as Derby, but was pushed back north and was finally defeated at the battle of Culloden on 16th April 1746.

“Speed bonnie boat, like a bird on a wing, Onward! the sailors cry;
Carry the lad that’s born to be king, Over the sea to Skye”

This song, popularised in the UK in the 1970s, romanticises the escape of Charles to Skye after the battle which took place 275 years ago but Bonnie Prince Charlie or the Young Pretender, isn’t particularly celebrated in Scotland; and the recent TV series Outlander has portrayed him as an effeminate weakling. He had a lot of support at the time, however, and 20,000 men died at Culloden, each clan now commemorated on the battlefield. 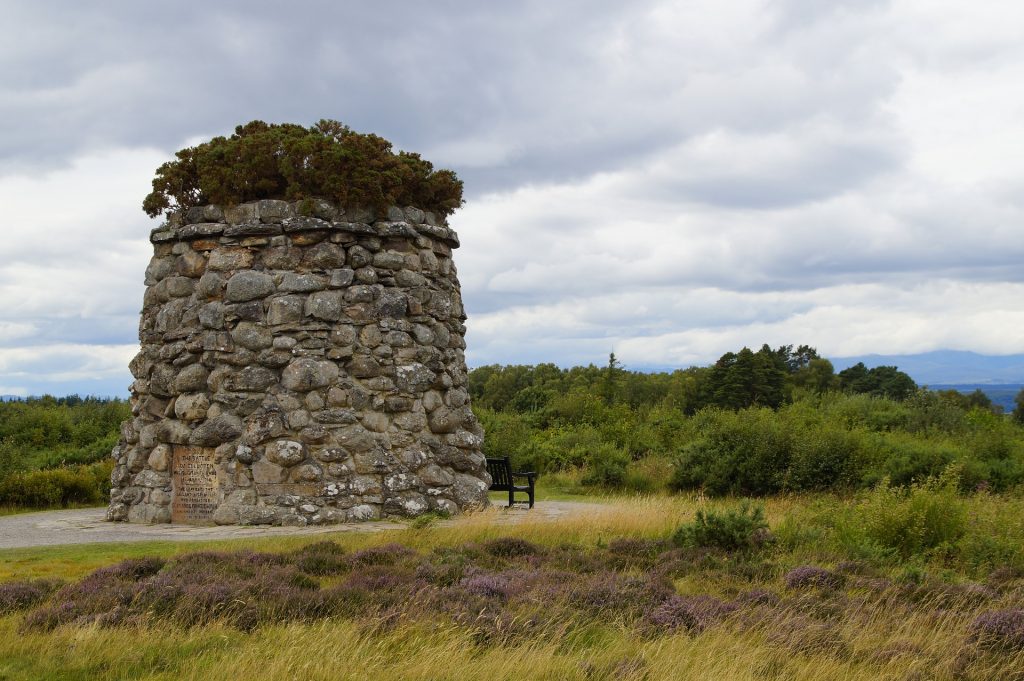 Cairn at battlefield of Culloden, Scotland

After his escape to France, Prince Charles found Clementina and they were together for several years, using the aliases of Count and Countess, despite the Jacobites urging him to break with her, convinced she was an English spy. Though they never married, Clementina gave birth to a daughter Charlotte and after Culloden, Charles turned to alcohol and had drunken rages, which finally led to her leaving him.  Charles married another woman but he acknowledged Charlotte in his will. Clementina died in Switzerland, but it is said Charlotte’s children were sent to Poland after her early death and recently Peter Pininski (a Polish banker) has claimed he has direct Stuart lineage through one of Charlotte’s daughters Marie-Victoire, though this is disputed.

On a scout camp many years ago in the Lake District, in the sleepy village of Finsthwaite, we came across the grave of Clementina Johannes Sobiesky Douglass who died in 1771 aged 24. Rumours claim she was the illegitimate daughter of Prince Charles and Clementina Walkinshaw, conceived during their encounter at Bannockburn. 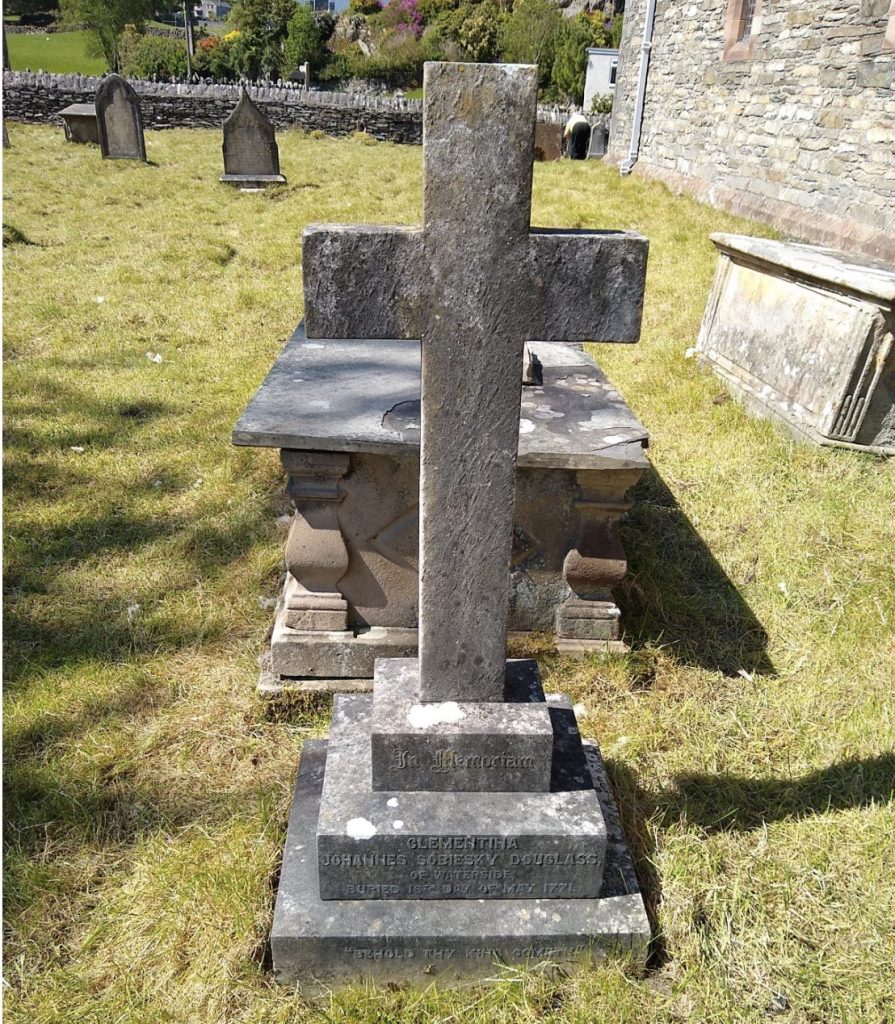 Little is know of her other than her ‘wondrously fair hair’ and that she was regarded as ‘quite a grand lady’ sent to Finsthwaite as a child to live a secluded life. She lived with a Captain James Douglas, purportedly a Jacobite and former soldier of Charles’ and some say he was her father, giving her a suggestive name due to his sympathies. Local historian Janet Martin says  “It seems impossible that a daughter of the Pretender could have been hidden from the British Government in the eighteenth century”.  Yet the grave was unmarked for many years until 1913 when the cross was erected and epitaph written:

From a Finsthwaite grave to Rome

Charlie’s mother has a sumptuous grave in St Peter’s Basilica in the Vatican. It is fit for a queen and is topped with her portrait. The figure of a woman supporting the portrait has one hand raised upwards demonstrating her love for God whilst two angels hold her royal insignia. 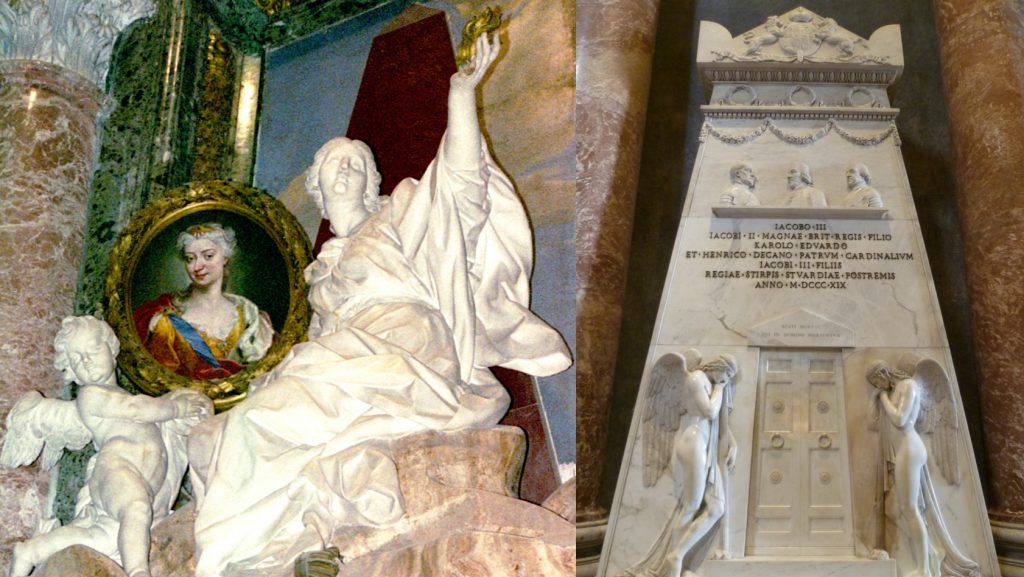 Grave of Maria Klementyna Sobieska and Monument to the Stuarts: Vatican

Bonnie Prince Charlie is buried with his father and brother Henry in the tombs below St Peter’s Basilica but a magnificent memorial to them opposite Klementyna’s is in the main Basilica showing a bust of the three.

The three women linked to ‘Bonnie Prince Charlie’ certainly had difficult lives due to their connection with him. The noble Maria Klementyna Sobieska joined the houses of Sobieski and Stuarts strengthening the Scots links with the Poles, already founded by 30,000 Scots living in Poland by the 16th century. Clementina Walkinshaw lived a long life and it appears her granddaughter started a Polish line of descent, but the mystery of the ‘Finsthwaite Princess’ will forever remain, as no documents exist to prove who she was.

Artist Jan Matejko – putting Poland on the map
The portrait of Jan Matejko’s “Copernicus: Conversations with God” recently arrived at the National Gallery in London. It is the first work of a Polish artist to be on show there and...
365 Likes
We use cookies on our website to give you the most relevant experience by remembering your preferences and repeat visits. By clicking “Accept”, you consent to the use of ALL the cookies.
Cookie settingsACCEPT
Manage consent