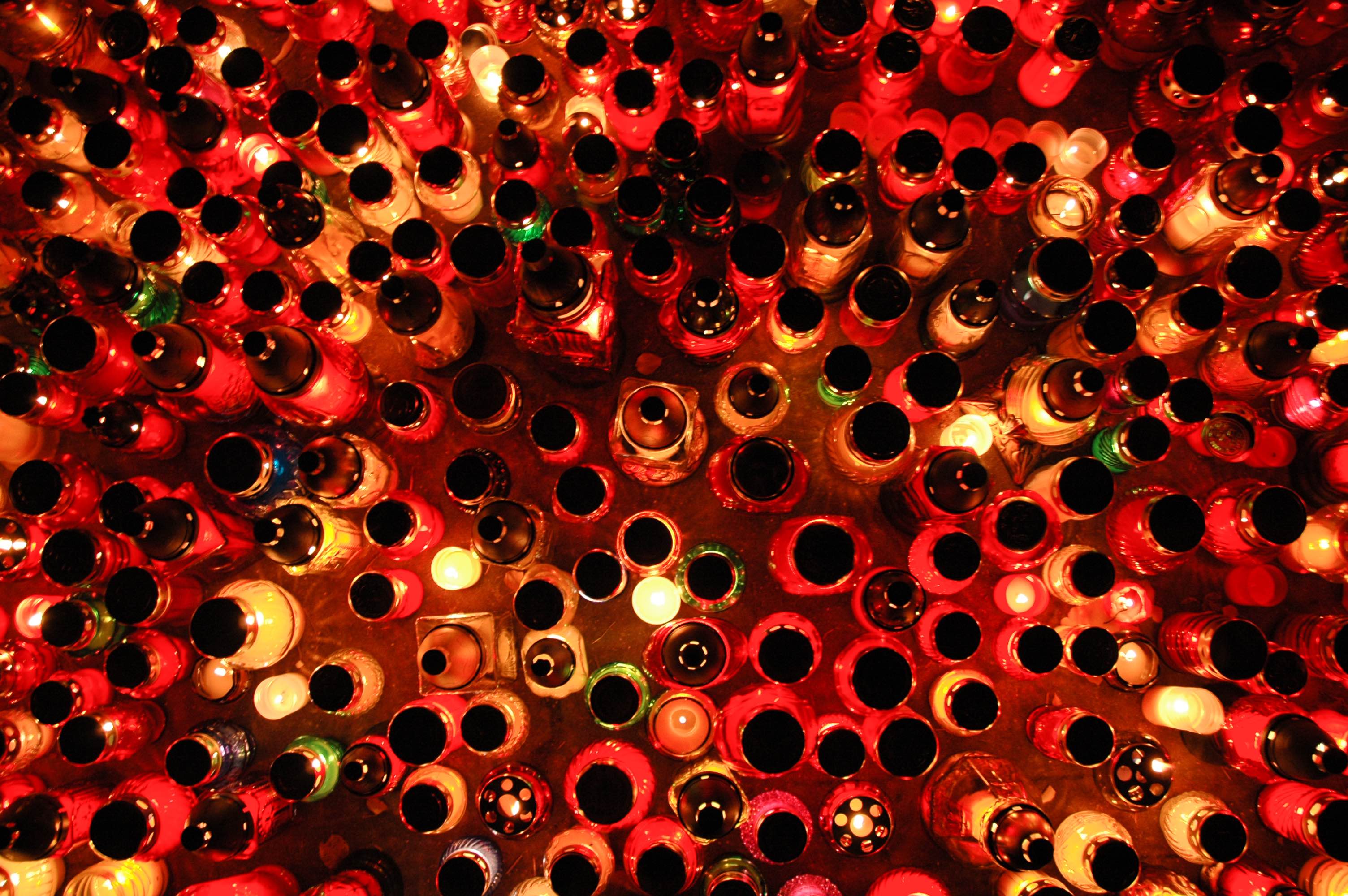 As I returned today from cleaning Polish graves at our local cemetery with the scouts, in time for Zaduszki (All Saints and All Souls Days) on 1 and 2 November, I mused on what a deep and moving ceremony this is, linking young people to our traditions and so much more educational than Halloween.

I have never felt comfortable with Halloween. As a child it didn’t even exist where I grew up.  I don’t see the point of dressing up in a macabre way without it being linked to remembering dead loved ones. I don’t mind making the odd pumpkin, but if it’s just about ghosts and ghouls where’s the meaning? To me, the time leading up to these days are a time for: 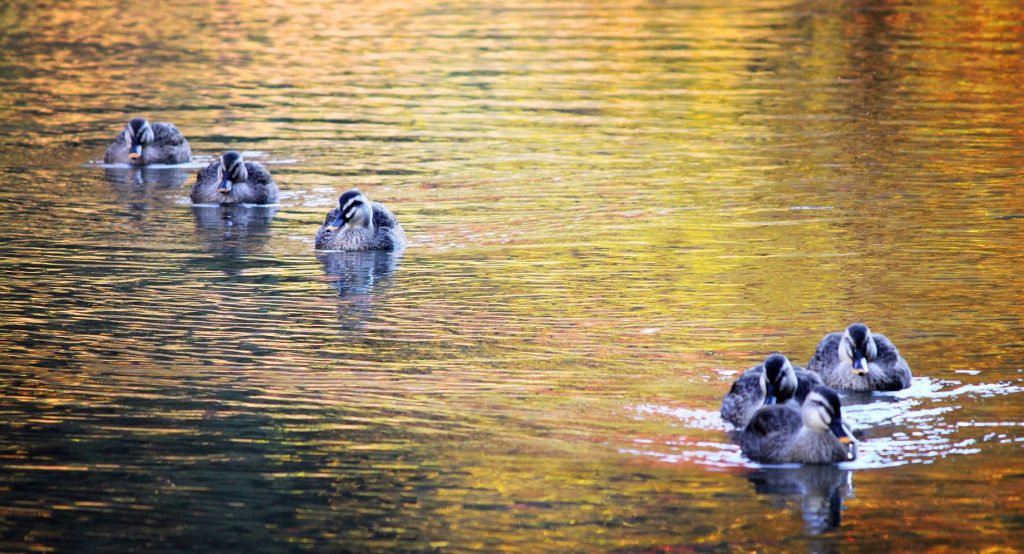 The sense of joint honouring of the dead is a treasure to behold. In Poland, this is a national holiday, though people won’t be enjoying a „grill na działce” (barbeque) or flying off to winter sun. This is one national holiday that people don’t ignore as the entire country decamps to the family cemetery. Roads are clogged and sadly road deaths increase as people rush to get to often the other end of the country with their flowers and candles. This is the time to speak of the dead, to remember their influence on our lives and to appreciate the family we still have by spending time together in remembrance. 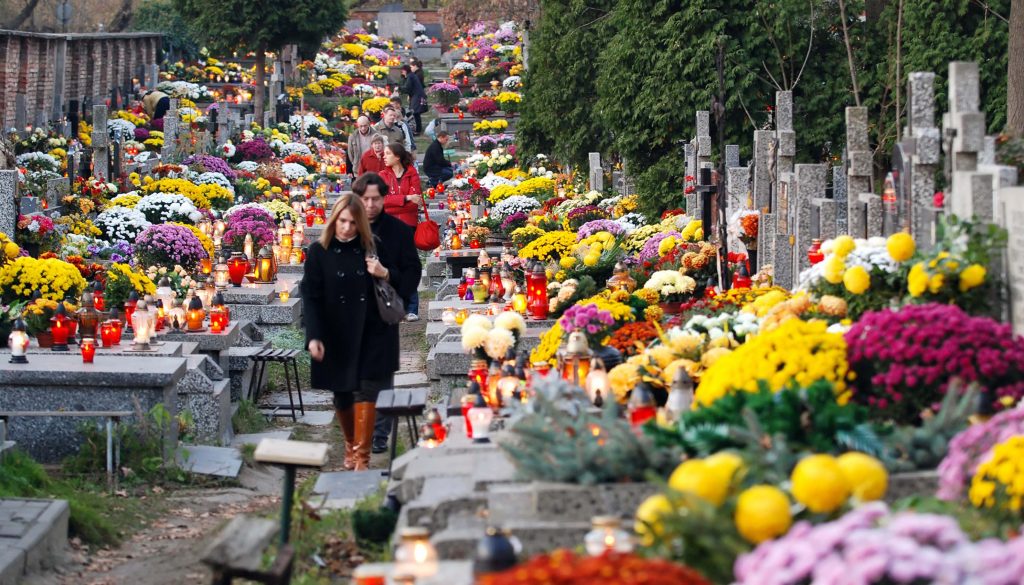 People throng through the gates to visit the graves of their loved ones and tend to them. Queues form at florists in the immediate vicinity and all over towns and cities to buy bouquets (chrystanthemums in various colours are most popular) and candles. More often than not, it’s been a bright autumnal day and the last rays of sunshine light up rows of graves made beautiful and into a place for the living. Although people talk, there’s a hushed atmosphere, people take their time, visiting graves of friends as well as their own family. And have you noticed, there are always benches in Polish cemeteries to sit with your loved ones? 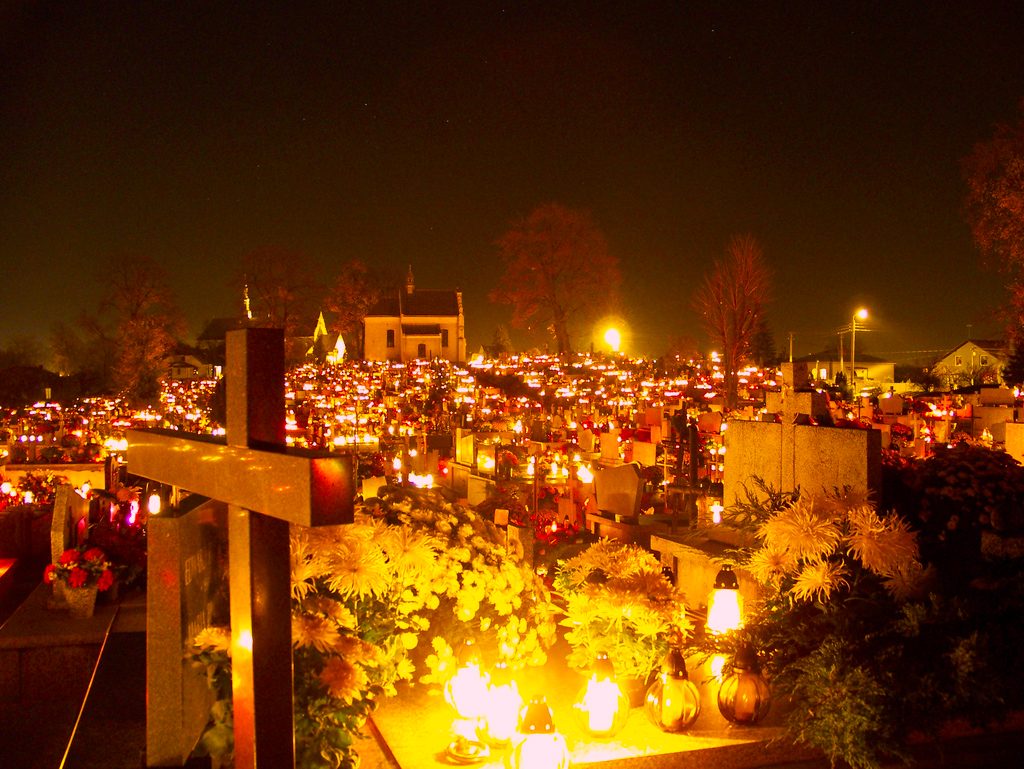 Our forefathers in pre-christian times felt the need to honour the dead. They organised Dziady (Forefathers’ Eve), laying out food and drink for their dead souls, in the belief that this would fortify the souls and help them get to eternal life. This practice was also known in Ancient Greece, in Scandinavia and also among the Celts who had the festivity known as Samhain. The souls of dead kin were thought to revisit their homes seeking hospitality so feasts were organised, at which the souls were invited to attend and a place set at the table for them.  These traditions merged with the Christian All Hallows Eve (night before All Hallows Day) which has been celebrated since the 8th century, but have now been overtaken by secular Halloween which has lost all traces of respect for the dead and to me  just a glorification of all things sinister.

Adam Mickiewicz wrote his famous poem Dziady about this festival:

And there is magic in this belief, as we don’t know what happens to souls when they die but tending graves, placing candles and flowers gives us a sense of connection to these people. Yesterday we sang the scout “Idzie Noc” for all the souls, including our long term scoutmaster, who died 18 years ago before the ones gathered there were born but we remembered him together. And as our hushed voices carried away into the dusk it did feel magic, as if these peoples’ souls were being warmed by our song of old. 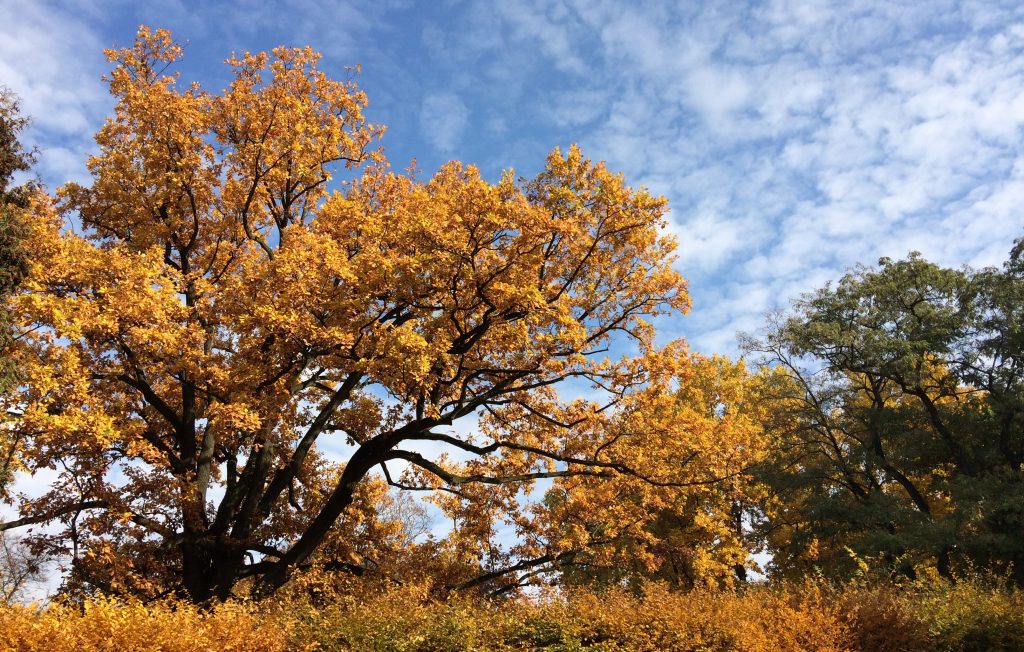 All Saints Day and All Souls Day are a time for reflection upon life and especially the passing of time. Nature helps as the trees are rapidly losing their leaves, their branches stark and exposed, as early autumn has already turned towards winter. It’s a time to consider how short life really is and stop sweating the small stuff – we all think there’s still time to grow up, plan to visit places, have long term goals yet time seems to pass ever faster the older you are. This is month not only to remember the dead, but to be with the living as Ks. Twardowski reminded us „Śpieszmy się kochać ludzi tak szybko odchodzą”   “Let us love people now they leave us so fast”. 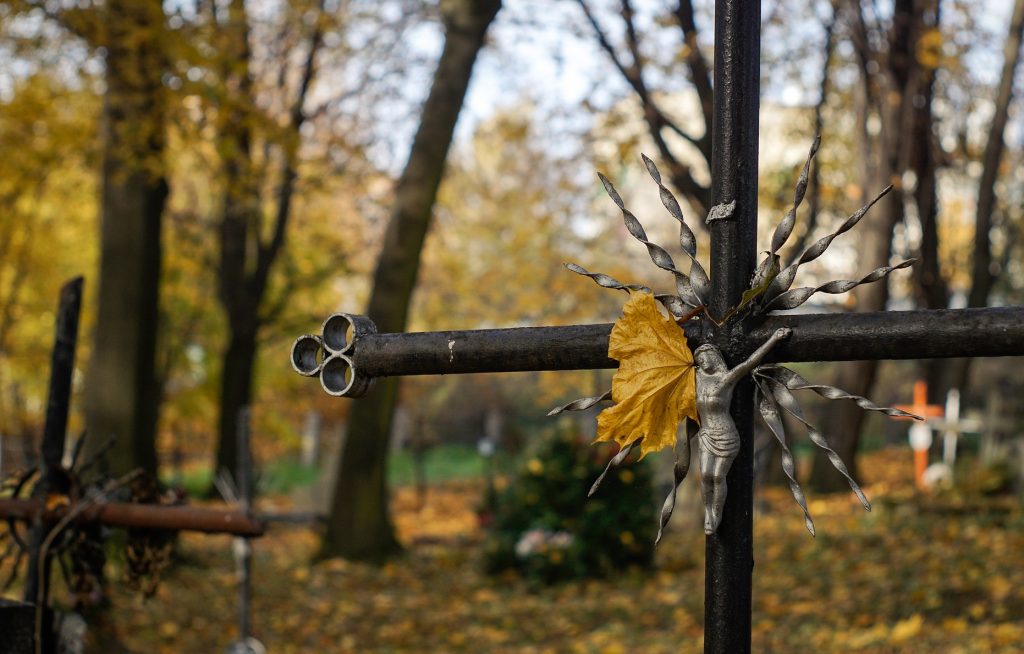 According to Polish beliefs, beggars who spent time around churches would be invited to feasts on All Saints Day and in return would pray for the family’s dead souls. They were treated with respect and it was said they were people of God, some even believed they could take on the souls of the dead on All Souls Day.

Nowadays more emphasis is placed on visiting graves and church services where the dead are remembered by name throughout November. Here we have processions on the nearest Sunday to the Polish part of the cemetery. It’s an opportunity to think of a world gone by as this area gets ever larger, of our nearest and dearest but also those who have no family or have been forgotten, our schoolteachers, our parents’ friends and all those who have influenced our lives at some time.