What links our “dożynki”- harvest dances with harvest time in Poland? 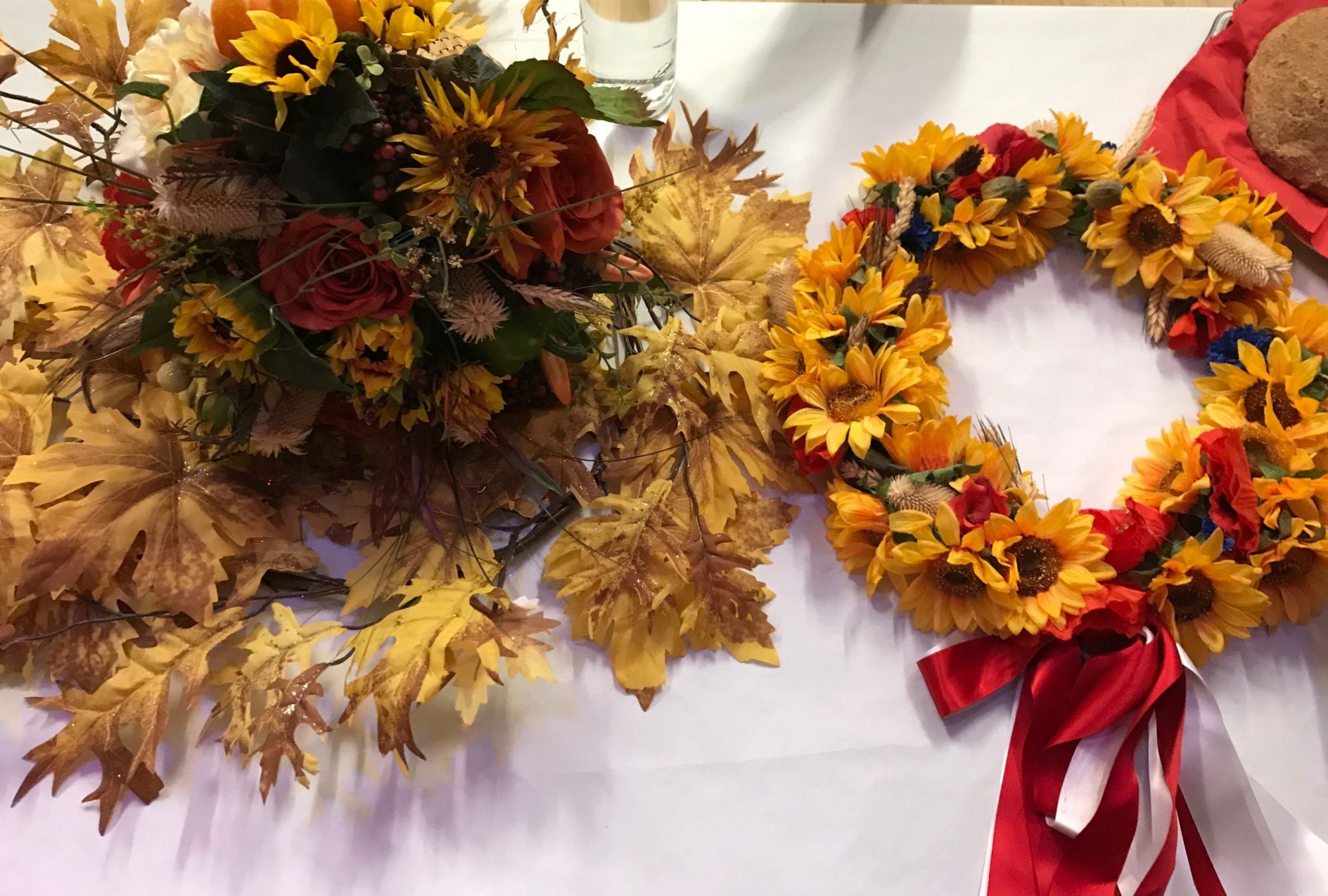 The countryside of Poland is “like a ruffled patchwork quilt sewn from rich shades of colour and a variety of textures, from the lightest, yellowish brown to the darkest, velvety green” (Anna Spysz & Marta Turek). Silent forests intersperse the wheat fields and the colourful strips of land hold within them the history of each family who tended them. Each August, the harvests take place, according to the laws of nature, regardless of wars or changes of government. It is to this thought that Poles abroad have returned to year after year and still do. Our traditions have changed due to circumstances, as they have in Poland and in line with our possibilities, we celebrate dożynki in October. 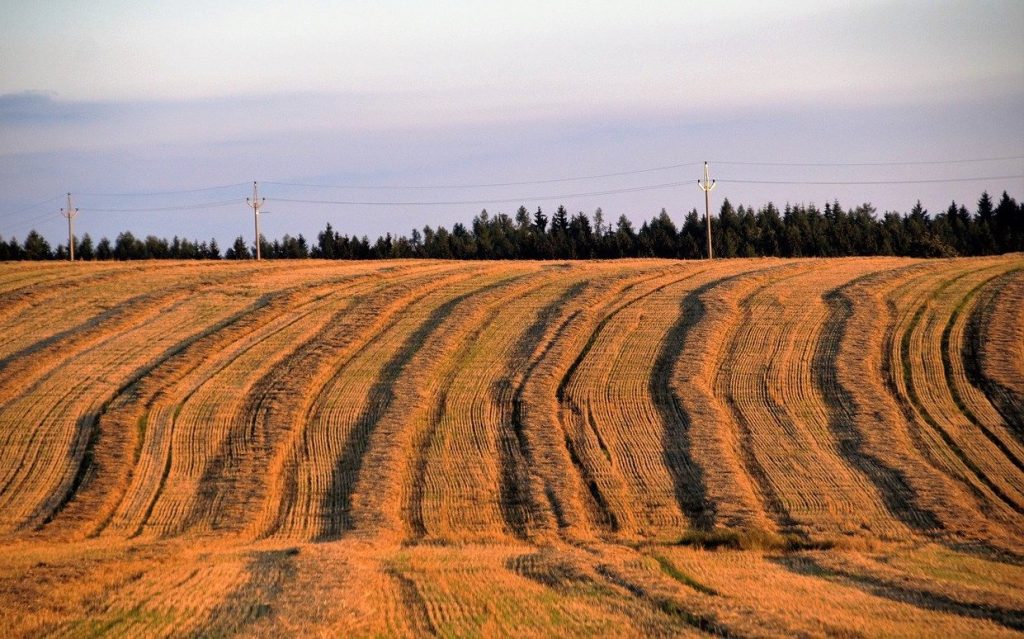 Every year at this time I look for where I can attend a dożynki – harvest festival dance. Last year it was to the home town of the wonderful Młody Mazur dance troupe and it was a super evening of song and dance – food for the Polish soul – there was a Krakowiak dance for all the members of the troupe since its founding, which filled the hall with laughter and joy. The priest blessed the offerings and I won the harvest basket of fruit and vegetables!  Many of you will have taken part in local dożynki whether as a child reciting a poem, singing or dancing. I too danced in a local dance troupe and had a wonderful time. The swirling of skirts, dazzling colour of the costumes, shouts of “hej” of the men during dances, their acrobatic stunts and toe-tapping music sum up everything there is to know about the Polish soul. 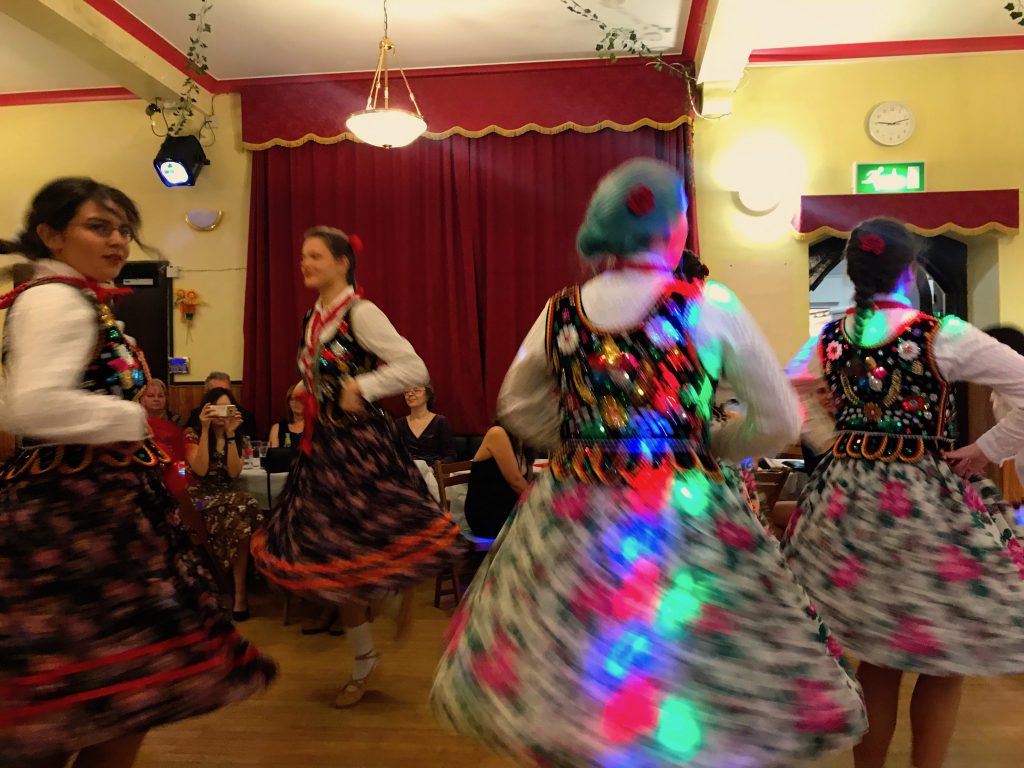 What about traditions in Poland?

Firstly as part of the August harvest, some regions traditionally practiced the przepiórka  – an offering to the quail which personifies the grain spirit to ensure fertility for the future year. The harvesters would weave three braids of wheat, decorated with ribbons or berries and leave them in the fields in a prominent place for some time. Also called the popiórka or simply pępek depending on the region, the best harvester had to have cut down the wheat, to the singing of ladies: “Pielim przepiórkę na odłogę, będziem pić piwo, chwała Bogu” – We’ll weed the quail wheat on the fallow field, we’ll drink beer, thanks to God”

The villagers would also make an open wreath or a closed crown of rye stalks as a symbol of the whole harvest called a plon. In some areas a równianka – tied wheat stalks were also prepared and decorated similarly to the plon with flowers and ribbons. Together with a round loaf of bread baked with the new grain, the villagers would lead a korowód – procession through the village and ceremonially the top female harvesters would present them to the local landowner. 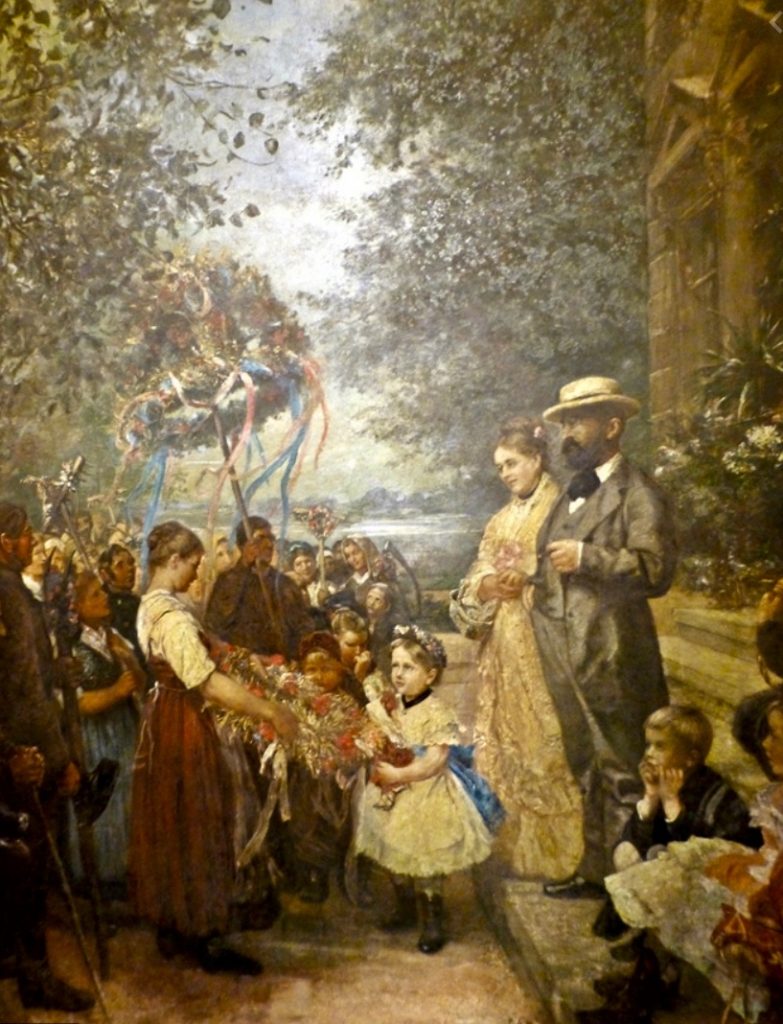 “Open wide your gates sir. The work from your fields is coming. We bring the harvest to your house”

Sometimes the landowner would reward the harvesters with silver coins. They were all invited into the manor house, leading with the wreath, by the landowner who would toast them before they sat down to a celebratory feast including music and dancing.  The heir would invite the chief female harvester and the heiress, the chief male “kośnik” – harvester for the first dance followed by more dancing, games, jokes and challenges to show off the local talent.

How do Poles celebrate now?

Harvest festivals in contemporary Poland are obviously a little different, though the party is definitely a key element. In communist times,  the hosts were the local and regional administrations. Villages sometimes still had a ceremony in the local church to keep up tradition as with the ruin of estates during the 19th century and world wars, priests took over the roles of receiving the harvest from the parishioners. Nowadays this tradition has prevailed particularly since independence and there are processions to key pilgrimages sites as well as the village church. Meanwhile the processions now include farm machinery as well as the traditional horse and cart. Through mass media, there is an interest in dożynki beyond the villages and larger events take place with markets and concerts. All villages on a smaller or larger scale arrange dożynki, particularly the korowód and here’s an example, without vibrant accompanying music but you get the gist of what goes on and the community effort.

And the tradition of making large and intricate wreaths is alive and strong in this film showing many various wreaths and decorations in shapes of hearts, globes and other architectural compositions with symbols of local religious or trade groups. Plus of course, plenty of traditional song and dance from various groups in a larger local event.

And to remind you of our dance tradition, here is a fabulous rendition of the traditional Krakowiak, by the professional Polish dance group “Mazowsze” with a translation of the song.
From the Baltic sea, through the lakes, the plains and the mountains, large and small, Poland reaps many harvests and after all, the origins of our people recalls the fields – pola – Polanie. May you all enjoy these reminders of the passing of the seasons to feel part of nature, of our collective Polish soul and our beautiful traditions which thankfully are alive and well.