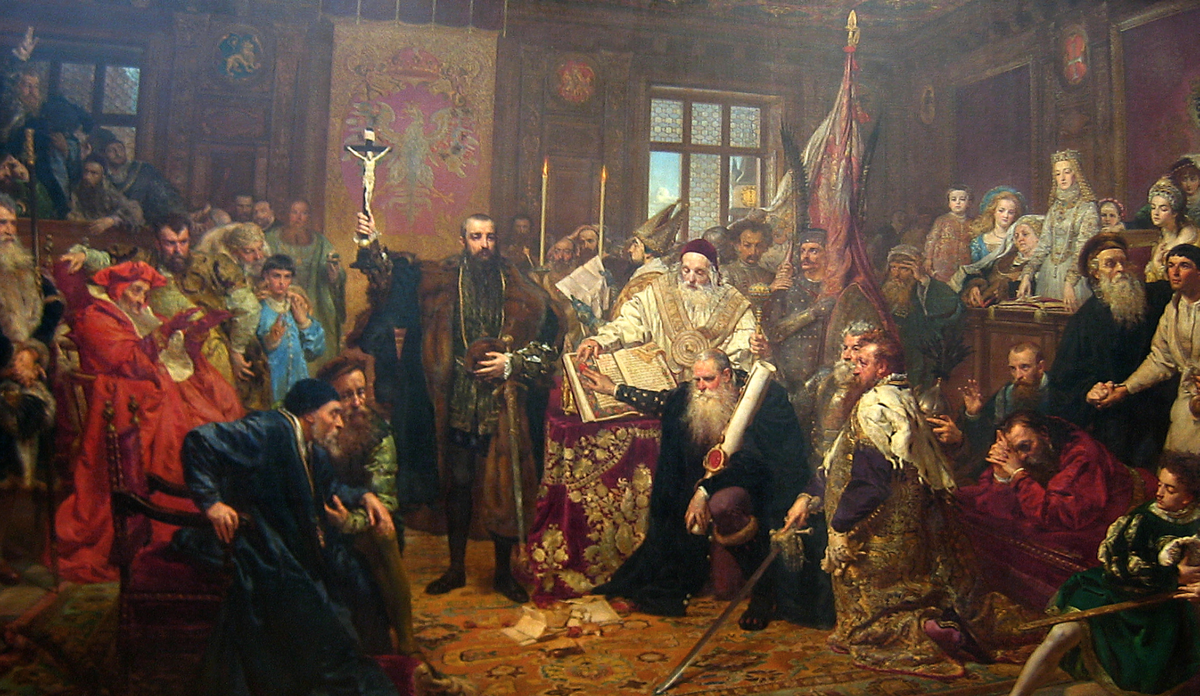 At this time of year I’m often helping the harcerki (girl scouts) learn about Polish history. To illustrate my talks I sometimes use the works of the 19th century painter Jan Matejko. One of his most famous pieces, almost larger than life at 2.98m × 5.12m, presents the Union of Poland and Lithuania on 1 July 1569, known as the Unia Lubelska which finally united the two countries into a singe state. Zygmunt August, the King stands in the centre with a cross, the primate beside him holding the bible and the Kasztelan (Castelain) of Kraków kneels below. For over 200 years it formed the greatest power in Eastern Europe, yet because it ended in the late-eighteenth century with a series of partitions by its neighbours, it is hardly mentioned in European history.

There was a pre-nuptial document signed in August 1385 in Krewo, by Władysław Jagiełło, the Grand Duke of Lithuania, in which he promised to convert to Christianity in order to marry Poland’s Queen Jadwiga the following year and become King of Poland. It only linked the two countries with a single head of state yet it was the start of 409 years of an ever developing union between Poland and Lithuania. 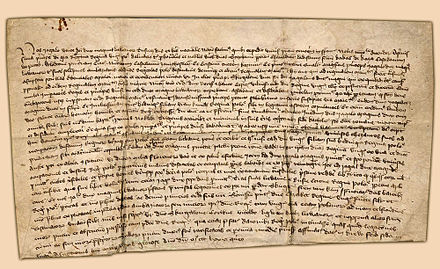 So what did the Union of Lublin enshrine 200 years later?

Until 1569, Poland and Lithuania were still separate countries with different political systems. The Union made the Kingdom of Poland and the Great Principality of Lithuania into one “unassailable and inseparable body, a cohesive Republic, which from two countries and nations has bonded into one people.  And with the will of God, this union will last until the end of the world.” The union came about due to increasing wars waged by Lithuania with its neighbour Russia but which were paid for by Poland’s nobility as well as Lithuania’s.

The countries adopted the same monetary and legal systems, defence and foreign policy though they retained separate armies, administration and language. The sovereign’s power was reduced by the sejm (parliament) and the nobles, an early version of today’s constitutional monarchies. Chancellor Jan Zamoyski at the time summed it up saying  “Rex regnat et non gubernat” (“The King reigns but does not govern“). Whilst it wasn’t easily negotiated, it benefited both nations to be stronger militarily.

What territory did it cover?

You probably remember people talking about Poland and Lithuania stretching from one sea (Baltic) almost to another (Black Sea) and although that was the case during Jagiełło’s reign (Jadwiga sadly died in childbirth), it was still extensive to 1795. It covered not only the lands that belong currently to Poland and Lithuania, but Belarus, Latvia, large parts of Ukraine and Estonia and even areas of Russia (Smolensk and Kaliningrad). In this period, although Swedish invaders swept through Poland and some lands were lost to neighbours, it was probably a much more stable life for our ancestors than any of the last generations of our families in the 20th century. 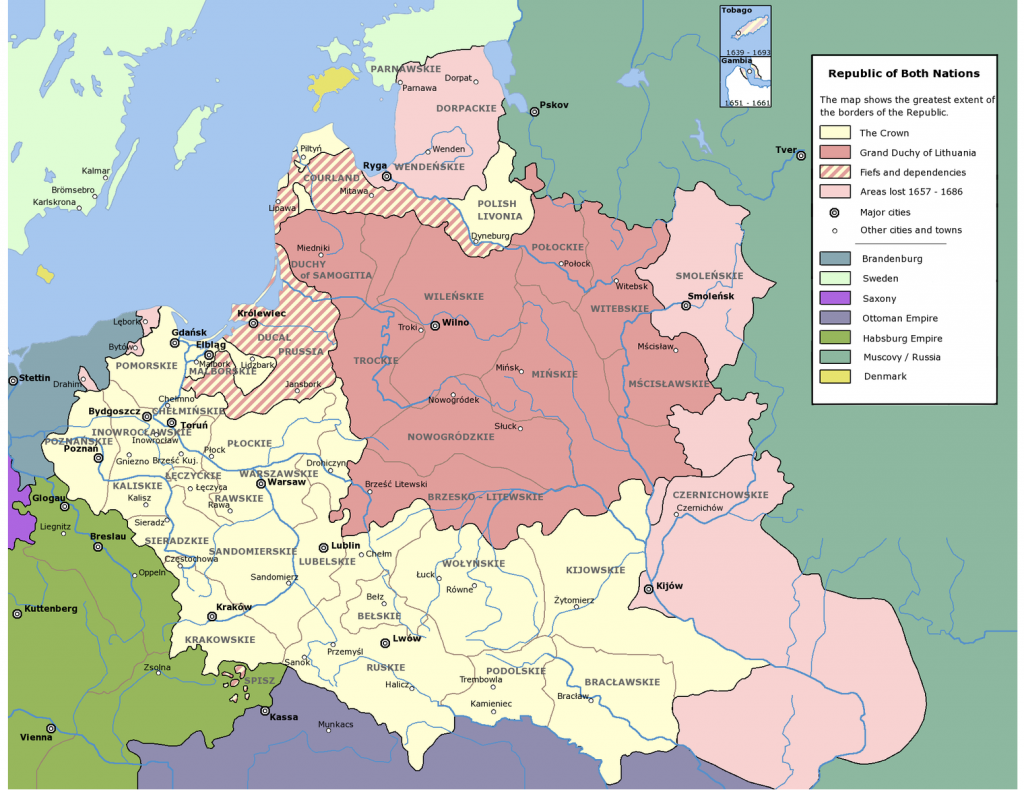 It was signed in Lublin

Lublin Castle was the seat and royal headquarters of the Jagiełło dynasty during their trips between Krakow and Vilnius.  King Zygmunt August, the last King of the dynasty met in this castle with deputies of the Polish-Lithuanian parliament. Throughout January, February and then again in June 1569 they debated and debated the terms of the union, ending finally on July 1 with the signing of the union. The Rzeczpospolita Obojga Narodów (the Commonwealth) was born with a new crest. Many of the nobility were for the union, others opposed it. In the painting, one of the nobles, Mikołaj Radziwiłł, holds his sword down menacingly to show he has not signed. 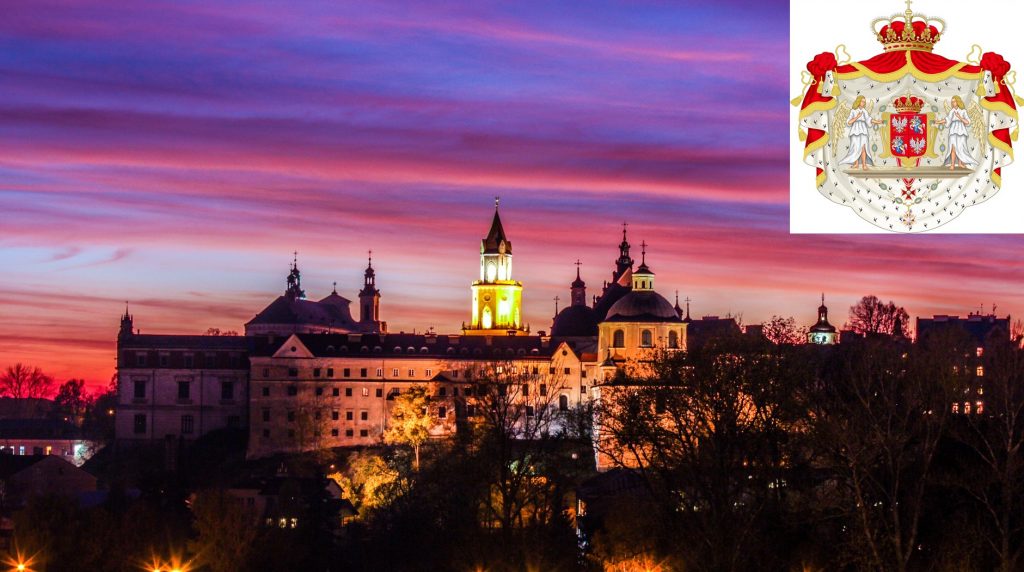 On the 450th anniversary, Poland has made  2019 the year of the Union of Lublin. On 1 July, the Presidents of Poland and Lithuania issued a joint statement to mark the occasion:

“The Union that lasted for more than 200 years was an inspiration for the whole of Europe to integrate and build closer cooperation between states as the best answer to respond to internal and external threats….. The spirit of the Union of Lublin – mutual respect, negotiated solutions, cultural diversity – continues to guide us today in strengthening the partnership between our nations and peoples“

President of the Republic of Lithuania Dalia Grybauskaitė

President of the Republic of Poland Andrzej Duda

Robert Frost, a British historian wrote the first volume of a two volume Oxford History of Poland-Lithuania in 2017, for which he has been awarded the Medal of the Union of Lublin last month.  A short article about this gives you some more depth if that’s what you’re after. If you’re visiting Poland there are more festivities in Lublin throughout the summer to celebrate.