What is ‘the 3rd of May’ – Polish Constitution Day all about? 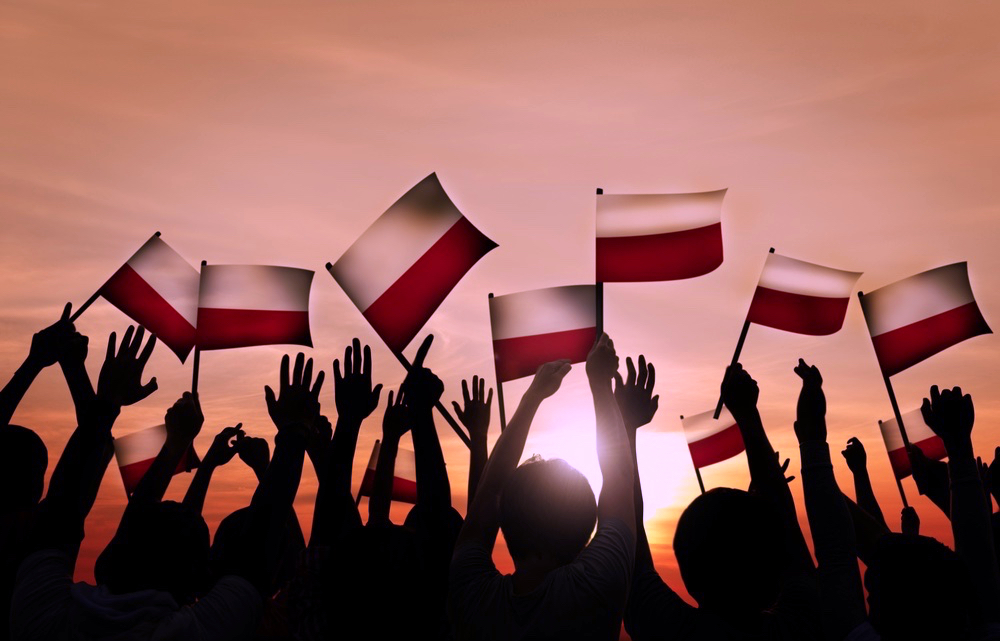 The 3rd of May celebrates the date of the first written constitution in Europe, in 1791 – the Polish constitution, naturally.

My first memory of this significant date in our calendar is of me and my classmates waving Polish paper flags and singing „Witaj Maj, trzeci maj, dla Polaków błogi raj!” (‘Welcome May, the 3rd of May, blissful paradise for the Poles!’). We sang this every year at our Polish school akademie – (community performances) with dance performances, singing, poetry and speeches. 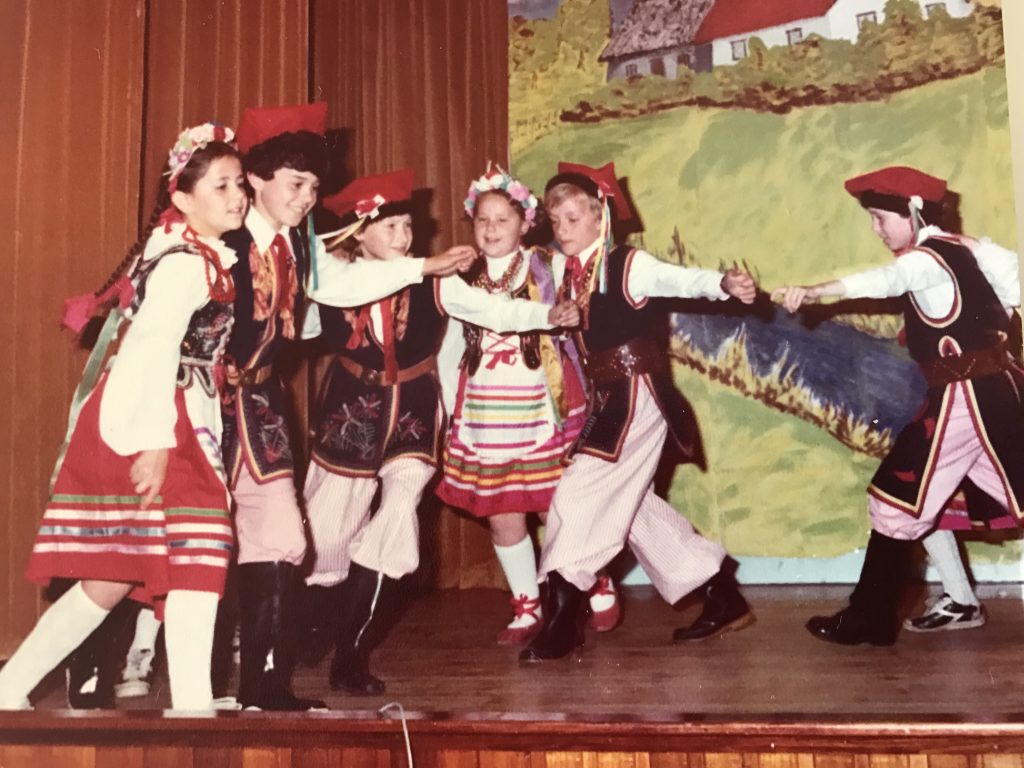 As I got older, the challenge amongst my friends was to try and sing something else without the teachers noticing – or shouting the „Witaj” really loudly, while looking quite innocent. Kids eh.

What happened all those years ago?

The first written constitution in the world was the American Constitution of September 17, 1787.  It came about following their successful war of independence against the British.  The French produced their first, short-lived written constitution in July 1791 following their Revolution of 1789. But just two months before this, in May 1791, the first Polish-Lithuanian constitution was declared – becoming the first written constitution in Europe. Our first version was short-lived (see below), but was a work of enlightened reform. It wasn’t a product of war or revolution. Having read up on this in Polish and English, it turns out that in contrast to its neighbours, Poland was already remarkably democratic with elected kings and a parliament, or Sejm, with some legal powers. The constitution was a natural extension of this. Obviously this is my interpretation and I apologise in advance for any historical inaccuracies.

True to Polish style, rather than a round ten, it had 11 main articles:

1. Freedom to all faiths

2. Confirmed the rights of the nobility, though limiting titles to those who had land

3. Agreed powers of towns, allowing them some representation in parliament

4.  Peasants were given the protection of law and government

5. Power was to be split three ways – parliament, the King and the legal system

6.  „Liberum Veto” was abolished forever – a destructive rule according to which any one nobleman could put a veto on a joint decision

7. Reintroduction of a hereditary monarchy (following many years of elected monarchs)

9. Establishment of a Regency in case of the King being unable to rule

10. The King’s children to be well educated for the good of the nation 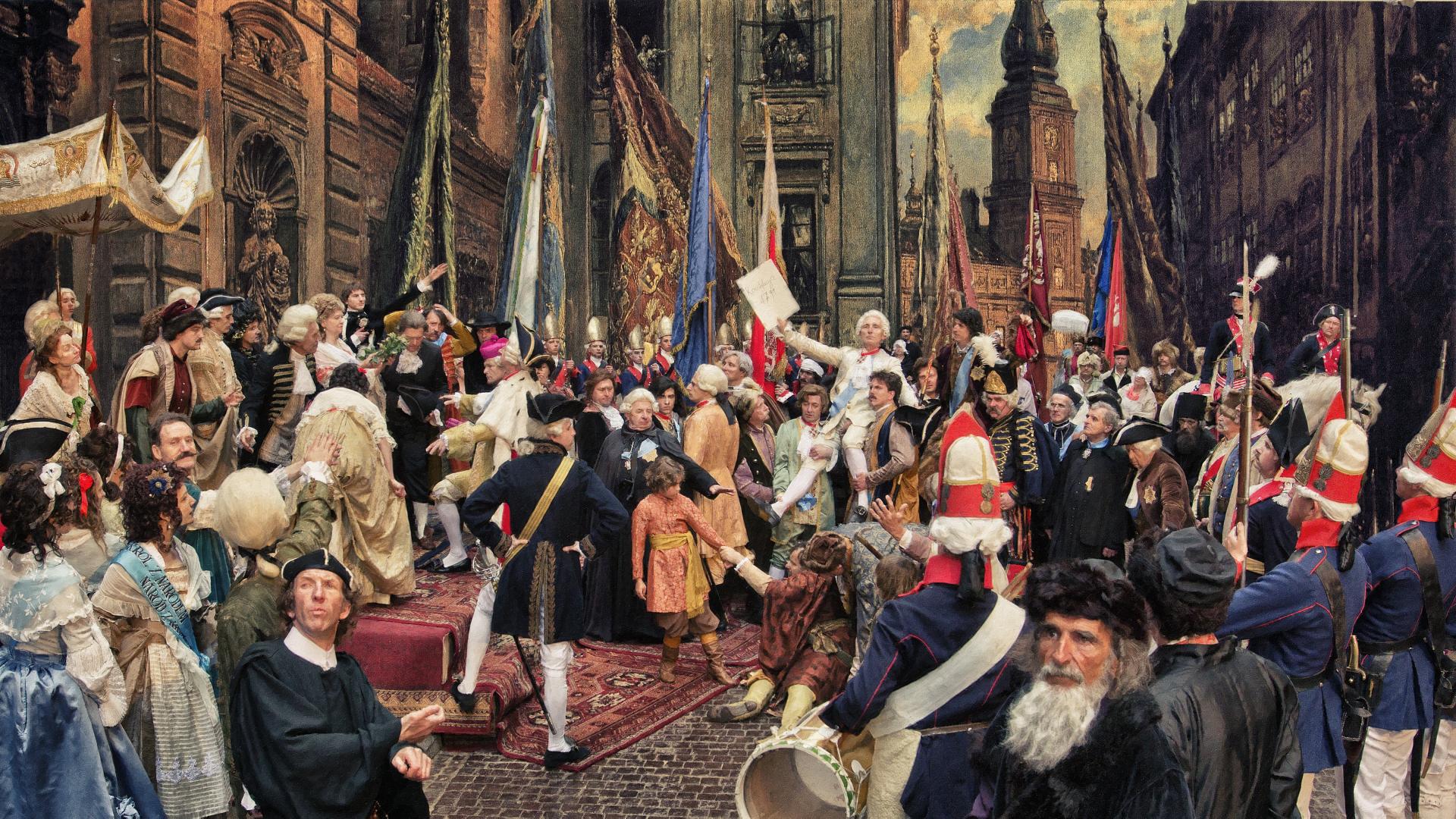 The 3rd of May 1791 ended with a procession via cheering crowds to the Church of St. John in Warsaw for an oath-taking ceremony and a celebratory „Te Deum Laudamus”.

On 3 May, the Sejm, a parliament of nobles, met and the bill prepared by King Stanisław August Poniatowski and his advisers was read and overwhelmingly adopted, to the enthusiasm of the crowds outside. Unfortunately it was short lived. The Constitution of May 3rd provoked the final crisis of the Partitions which by 1795 had removed Poland-Lithuania from the map. In 1921, after the First World War when Poland finally regained its independence, the constitution was reworked declaring Poland a republic with a President and ending any recognition of privileges of the nobility including titles.

It was set as a national day, but in reality was only celebrated  a few times, again during the inter-war years and now more recently.

It is a great symbol of our struggle for liberty, justice, and honour. It has given Poles a reason to sacrifice everything in Poland’s defence, even in situations in which victory seemed impossible.

Since 1990 it has again become a national holiday with military parades, ceremonies and concerts. I’ve never been in Poland on the 3rd of May but for me it will forever be associated with my Polish school teacher Pan Drogowski. With tears in his eyes, he drummed into us the importance of this day for Poland  marking the creation of Poland as a modern, democratic European country.

Polish travels in western Ukraine
The plight of people caught up in war in our lifetime is so difficult to watch, given what our parents and grandparents experienced. Poles and Ukrainians have a difficult history...
201 Likes
We use cookies on our website to give you the most relevant experience by remembering your preferences and repeat visits. By clicking “Accept”, you consent to the use of ALL the cookies.
Cookie settingsACCEPT
Manage consent