Why May is a special month for Poles 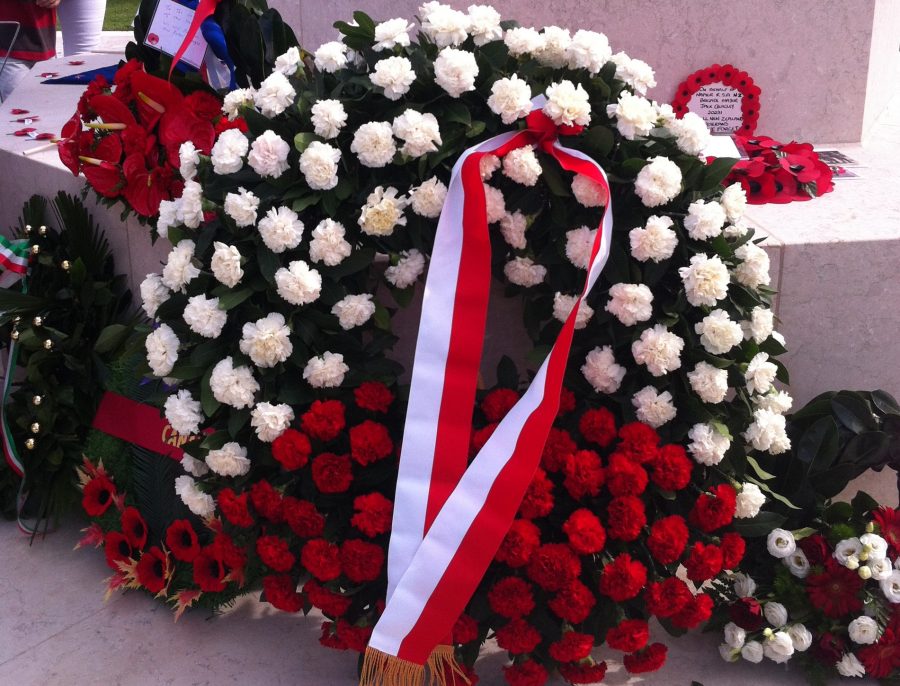 The month of May is bursting at the seams with important days for Poles, but some of the celebrations in Poland are very different to those we celebrate.  I would say 3 May and 18 May are important dates for me, alongside it being the month of „majowe” church services, but in Poland, I suspect, many would focus on „majówka”, the 1 – 3 May holiday. So here’s my list, combining all the dates….

You may be surprised to know this day has been celebrated in Poland since 1890, particularly by Socialist Parties as part of the wider international movement which originated in America. In fact, there were major demonstrations on this day both before and after WWI.  Since 1950 it has been a National Day celebrated with great fanfare by the communist authorities, but since 1989 less so, as people link it to the times of the PRL (Polish People’s Republic). There are still marches, but the majority of people treat this as part of „Majówka” the great getaway between 1 – 3 May as 1st and 3rd are public holidays so they also take 2nd off from work.

2 May – Flag Day and Day of Polish Diaspora 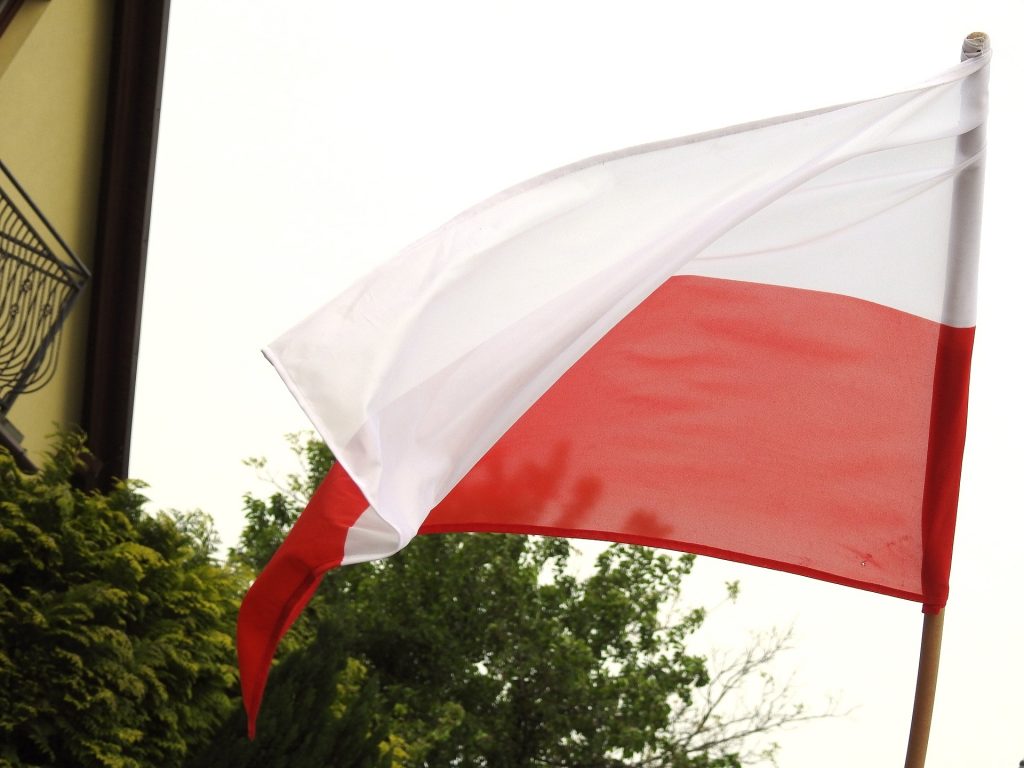 A very young day, celebrated only since 2004, it was set up to promote Polish identity and national culture.  I thought it was chosen as this day because it is between two national holidays, however, it commemorates the day in 1944 when the First Polish Army, part of the Russian forces, entered Berlin and hung the Polish flag on the Berlin Victory Column. It also underlines the fact that from 2 May in the PRL, all flags were removed from public buildings to prevent anyone using them to celebrate 3 May, which was forbidden. 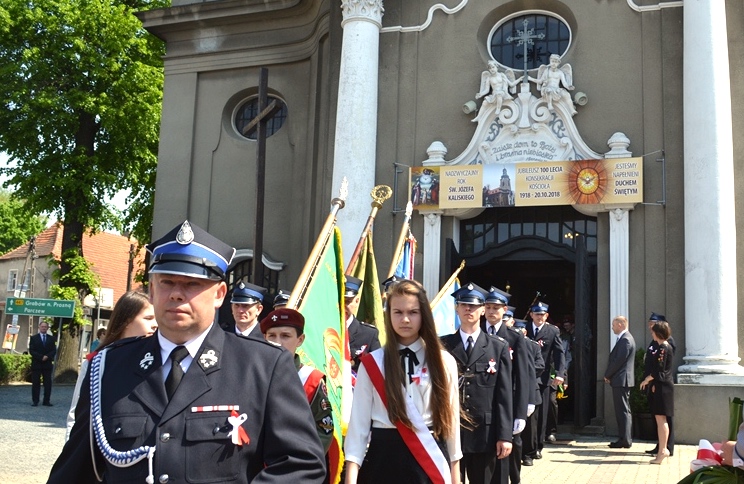 Not only the day of the Polish Constitution, agreed in 1791, but for many parishes in Poland, especially in small towns and villages, the day of Najświętsza Maria Panna, Królowa Polski (the Virgin Mary, Queen of Poland). Church services are a norm for Polish parishes in the UK on the nearest Sunday to 3 May, followed often by an Akademia. In Poland it was the most important national day until 1950 when it was banned by the communist authorities and reinstated in 1989. Read more on my blog on what the Constitution agreed.

Majowe – the month of  the Virgin Mary 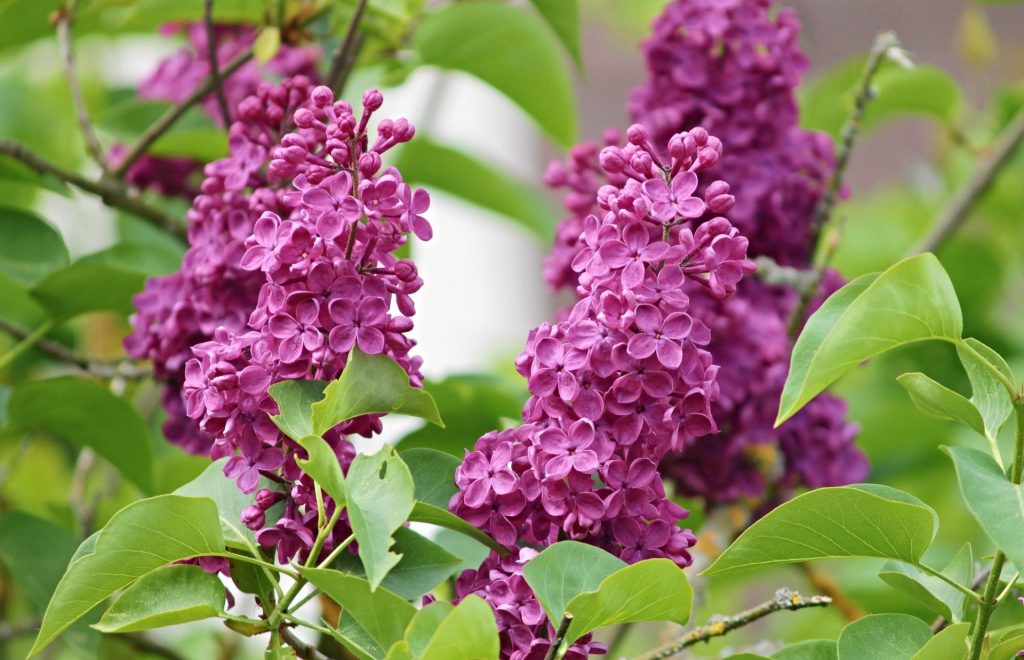 To me, the subtle difference between „Majówka” and „Majowe” holds a world of difference. Majowe to me means the sweet scent of lilac in the house as a child and setting off to the local Polish church for the majowe service, reciting the Litania (litany) and singing Marian hymns. The service dates back to the 14th century when the Spanish King Alfons X proposed the month of May to be dedicated to the Virgin Mary. 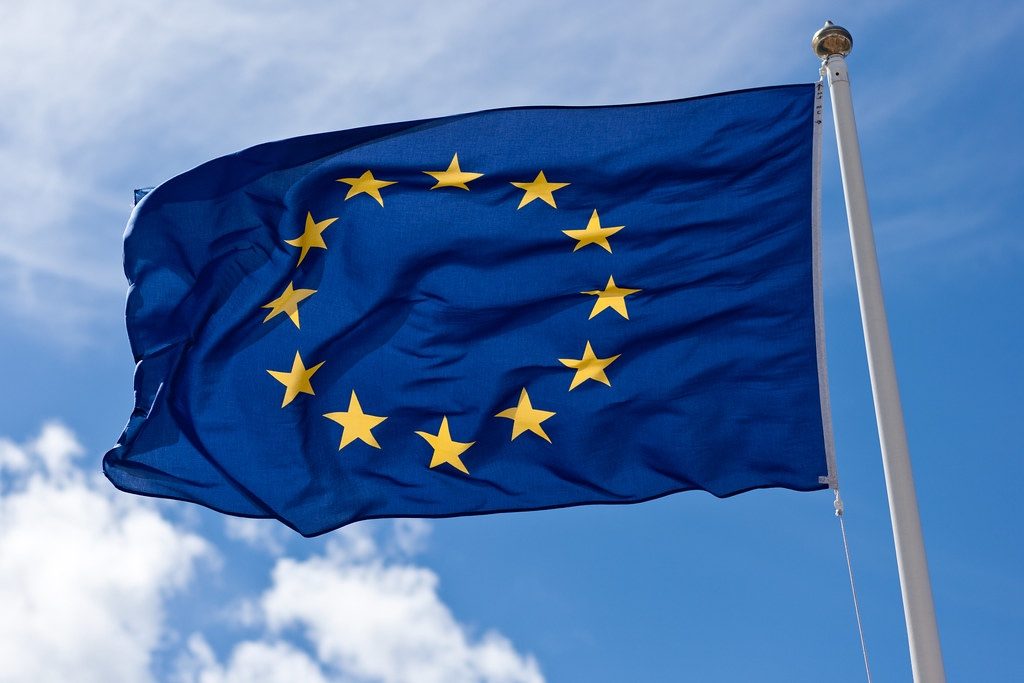 Not a day celebrated in the UK by any means, particularly at the moment, but since joining the European Union in 2004, it is recognised in Poland and cities organise events celebrating European unity. May 9 marks the anniversary of the signing of the historical “Schuman declaration” in Paris in 1950, proposing a new form of political cooperation in Europe that would prevent another war.

18 May – Battle of Monte Cassino 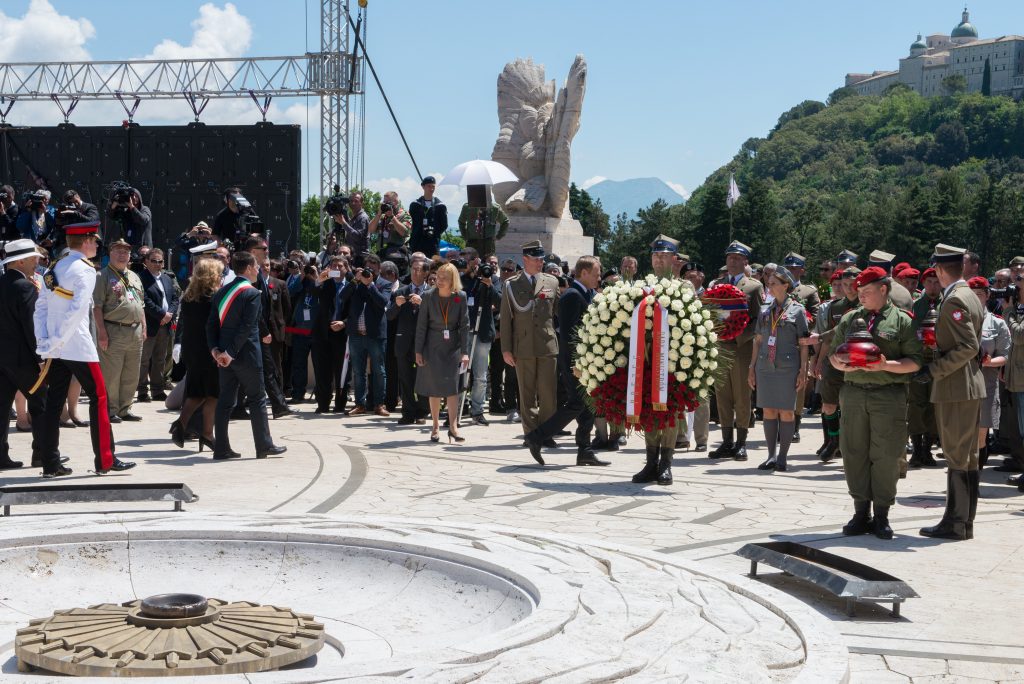 This has always been the biggest day for those who fought at Monte Casino and their families. It represents a difficult victory for the II Polish Corps during their battles in Italy for the number of men lost but also that it gave the men a short lived hope of the war progressing quickly to free Poland from its occupiers. Whether amongst ex-soldiers, scouts or in Polish parishes, for us Poles outside of Poland, this has for 75 years been a momentous day of remembrance. Unfortunately the truth about the battle was hidden from Poles during the PRL so it was General Anders and the Polish Government in Exile who organised the building of the cemetery and the ceremonies, a role only taken over by the Polish Government in Poland after 1999. I have been three times to Monte Cassino, for the 60th and 70th anniversaries and am due to be there for the 75th. For more on the battle read my blog posts : They really did believe  and  Monte Cassino: What happened next for the Poles 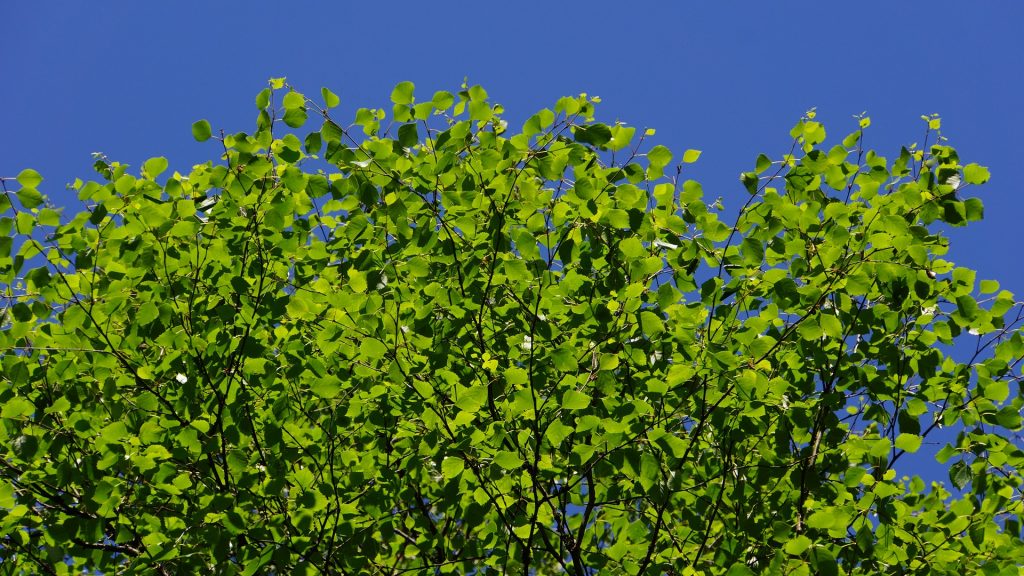 This holiday has been celebrated since 306 and originally its celebration lasted for 7 days. Although usually in May, it falls in June when Easter is very late.  Zielone Świątki, (literally Green Feast) begins with Pentacost (49 days after Easter Sunday) and has become intertwined with old slavic traditions of the coming of summer, decorating homes, barns and animals with flowers and tree branches. Celebrated for two days in Poland until 1951, it is again a national holiday during which shops are closed. And from 2018, Pope Francis has added the day after Pentecost to be the Memorial of the Blessed Virgin Mary, Mother of the Church. 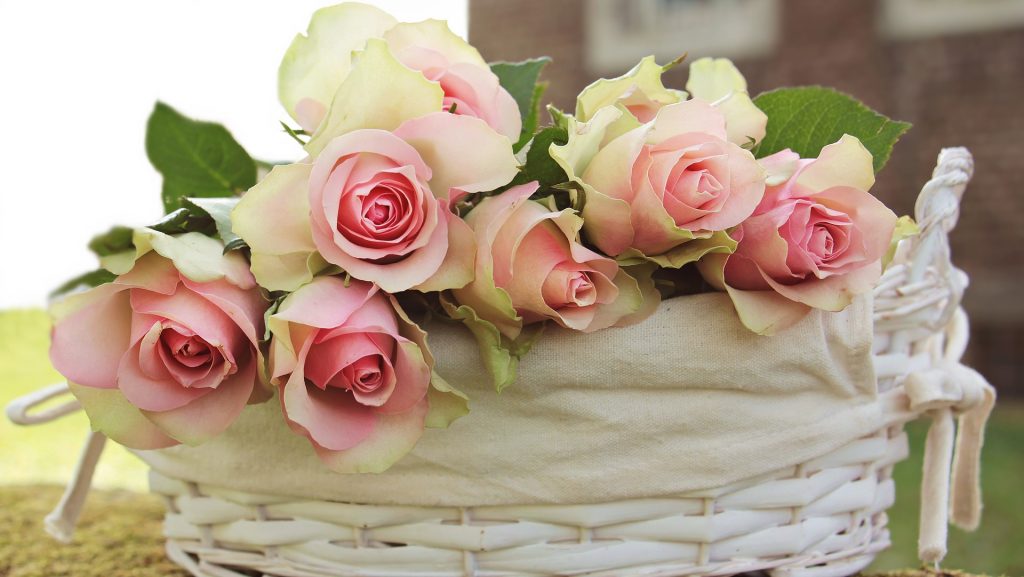 Mother’s Day falls on different days in different countries. In Poland, it was adopted from America and took place for the first time in Krakow in 1914 when a small picnic was organized in honour of the mothers  of a boys school. Its popularity spread and soon all of Poland was celebrating on this day. It is always on 26th May regardless of the day it falls on, but the greatest number of countries around the world celebrate Mother’s Day on the 2nd Sunday of May and of course the British day is always on the fourth Sunday of Lent.

So whichever of these days you celebrate, I wish everyone a very happy and sunny month of May!