Smolensk air crash – where were you? 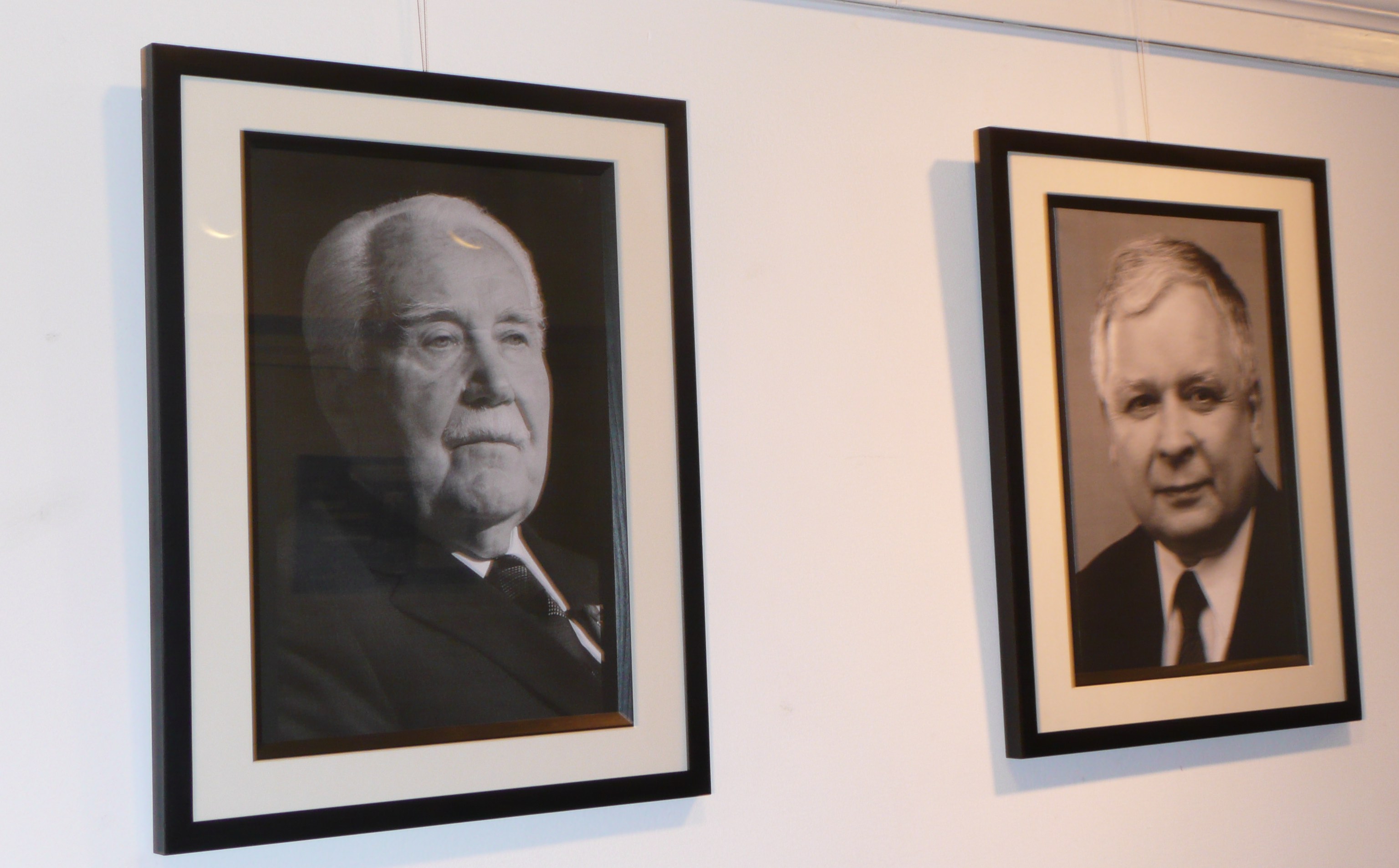 Do you remember where you were, when you heard the news?  This week we commemorate two incredibly sad days for the Poles: 10 April, the 8th anniversary of the Smolensk aircrash killing 96, including the President of Poland, on their way to attend a memorial service for the Katyń Massacre which is held on 13 April every year.  It is 75 years since the graves were found and 78 years since the massacre in 1940.  Surely no other nation has had their youth wiped out in one such evil act, nor has such a double tragedy occurred as on 10 April 2010.

Like many, I remember the moment when news started to filter through of the crash on the morning of Saturday 10 April. I was sitting in the bay window of my dining room and it was sunny.  I was on the landline, on a teleconference about our forthcoming Zlot (scout jamboree) in Poland for which I was co-organising activities for ranger and venture scouts. As the news started coming in on my mobile phone of who was on the plane, several of us mentioned this to the teleconference leader. 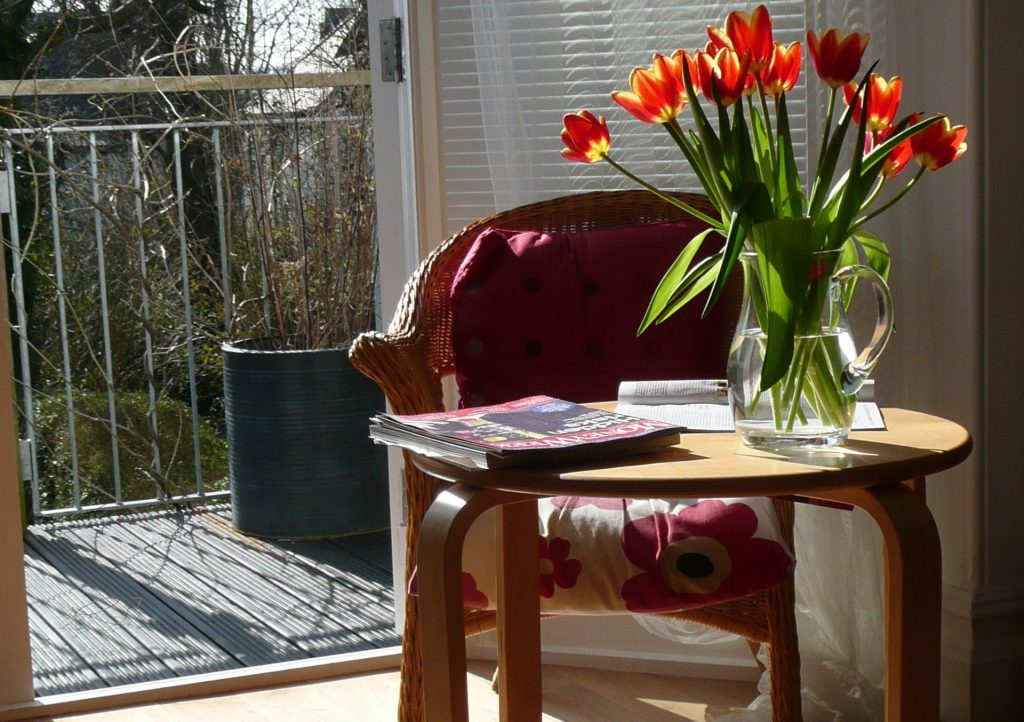 She felt that the last President-in-exile Ryszard Kaczorowski, a life-long scout, would have wanted us to carry on. Tears were running down my face, frankly in shock, as we continued and the names of people I knew more personally came up on the newsfeeds: Stanisław Komorowski, then Undersecretary of State in the Ministry of National Defence but previously the Polish Ambassador to the UK, Druh Ryszard Kaczorowski, the last President-in-exile and our dearest ex-Scout Chief and Ksiądz (Rev.) Bronisław Gostomski, the Chaplain to the Katyń Families and Andrzej Bobola parish in London.

In following days, the true horror of what had happened was disclosed and the first funerals took place. First, the President of Poland Lech Kaczyński and his wife Maria, which I listened to on the radio, again on a sunny day. Then the funeral of Ryszard Kaczorowski. I was adamant on flying to Poland for his laying in state at the Presidential Palace and like many, had my tickets booked, when the eruptions of Eyjafjallajökull, the Icelandic volcano stopped all flights across Europe. I was heartbroken and due to work commitments, couldn’t join the few people that drove to Poland instead. Arriving in London for work on the day I should have flown, I broke down in tears and people around me couldn’t quite understand as after the first day the event disappeared from the UK news. So I hotfooted it to POSK (Polish Cultural Centre) in Hammersmith where I could, at least, sign the book of condolences. 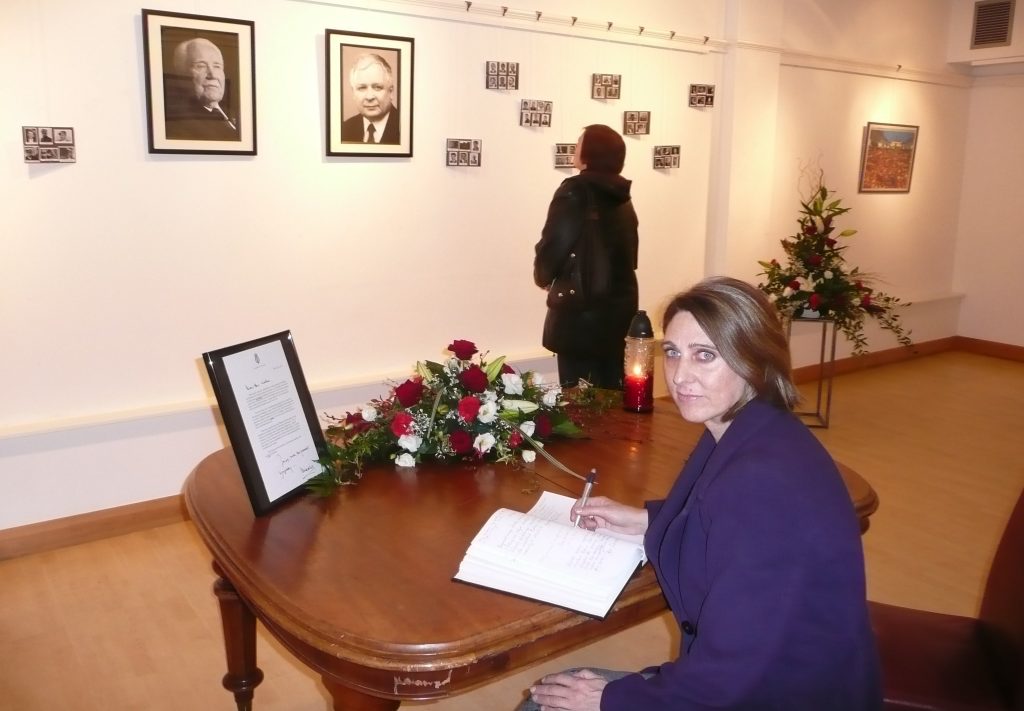 Thankfully the funeral of Dh. Kaczorowski was shown on Polish TV which I watched with others on a large screen in POSK and friends made it to Ksiądz Gostomski’s funeral once the Icelandic volcano dust had cleared. Many more funerals followed as the Polish nation began to move from shock to understanding. This whole period was overlaid with a deep and heavy mourning, incomprehensible for the families who have had to deal with the aftermath of the investigation which still rumbles on.

Which of course brings me to the mourning of tens of thousands of widows, mothers, fathers and children of 22,000 Polish officers and public figures shot at Katyń and surrounding areas by Soviet soldiers  in 1940, so deeply dramatised in the 2007 film Katyń by Andrzej Wajda. If you haven’t watched this film, you should and continue to talk about it, for it is a crime rarely discussed outside Polish circles. For a death toll  greater than that on the worst day in British military history – the Somme in 1916, that might be surprising, but for years the UK and USA continued to deny Soviet guilt, despite the truth being known, and the Soviet state only finally acknowledged responsibility in November 2010. 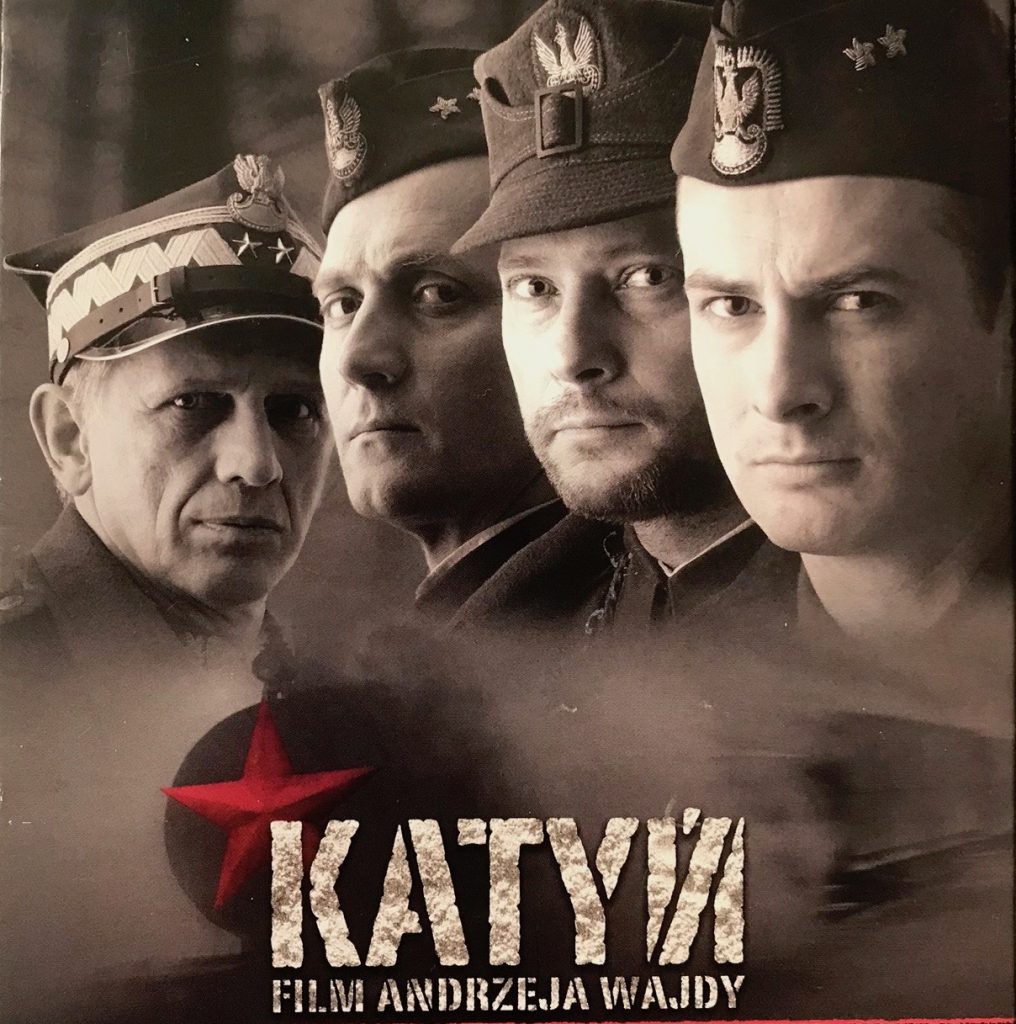 But this is about the victims. Just think of the loss of one Polish officer to his family, to the Polish nation and multiply it by 1000, so  you get a feel for this vile murder, multiply it by another 22 to get 22,000 and it is truly surreal. Within those families, the trauma remains to this day, as in this account by Ellie Rose.

Eugenia Maresch, herself deported to Siberia as a child by the Russians, published a book “Katyn 1940”, in 2010, carefully documenting all the evidence that exists. It was printed in India, the place in which she spent her teenage years following her escape from the inhuman lands.  I have not read it, but it is on my list. In the preface, she acknowledges Ksiądz  Peszkowski, scout leader in India and survivor of the Kozielsk camp where the officers were interned and also Dr Zdzisław Jagodziński, historian and librarian. Both died without seeing the fruits of their inspiration in this book. 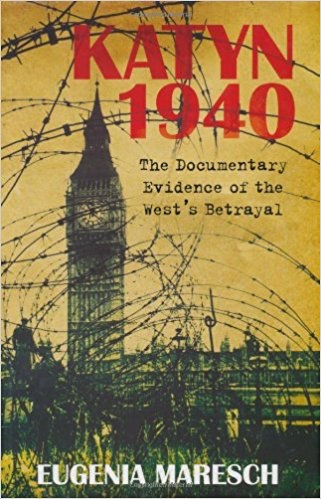 I didn’t know Dr Jagodziański, but I did know Ksiądz Peszkowski, who made it his life’s mission to tell people about the crime of Katyń in the years when publicly it was not acknowledged by any nation other than the Poles in exile. As our scout chaplain, we remember him at jamborees and meetings, telling us of this evil as he aged, calling it Golgota Wschodu – the Golgotha of the East. 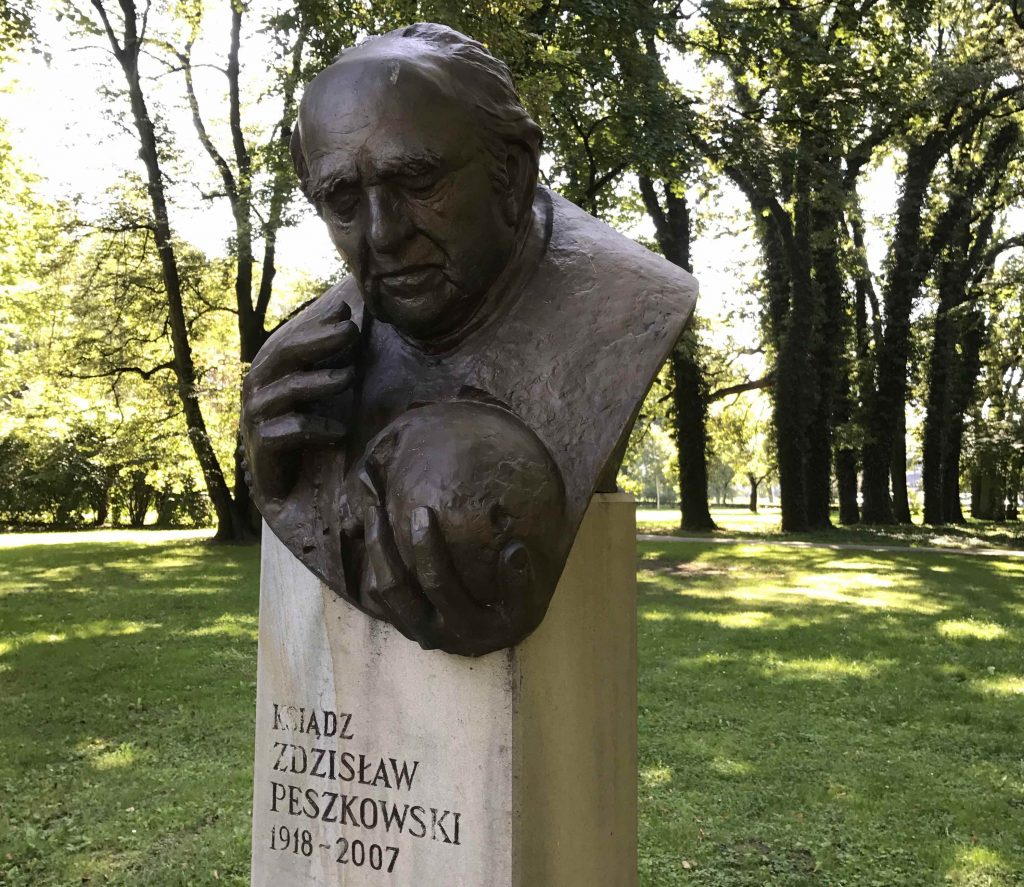 I visited his grave in the Świątynia Opatrzności (Temple of Divine Providence) in Warsaw three years ago,  but always when in Kraków, I visit his bust in Park Jordański, where he has been honoured amongst the generals and literati. Here he is, cradling the skull of a dead soldier in his hand, the sculptor capturing his loving look with great sympathy.

Alan Furst, author of many books including “Spies of Warsaw” has said “Poland is a wildly dramatic and tragic story. It’s just unbelievable what went on with those people. How they survive I don’t really know”.  But we do. Some might say we are too focused on these events, but where would we be if we forgot?

Where were you on that day? Share your story here….

They really did believe: Monte Cassino 18 May

How did Poles deported to Russia in World War 2 escape, to fight on?
The deportation of Poles by the Russians to slave labour camps in the Soviet Union during WWII, is well documented if not widely known. You can read the testimonies here....
218 Likes
We use cookies on our website to give you the most relevant experience by remembering your preferences and repeat visits. By clicking “Accept”, you consent to the use of ALL the cookies.
Cookie settingsACCEPT
Manage consent