Why did it take 60 long years for Poles to join the Victory Parade? 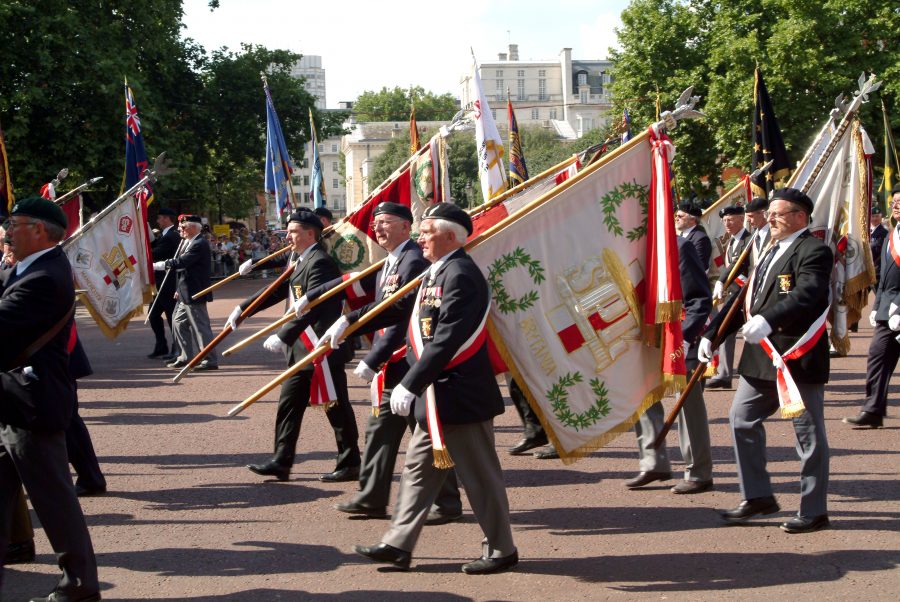 The official British Victory Parade to celebrate the end of World War II took place in June 1946, once hostilities with Japan had ended. The Parade was a show of strength from Britain and its Allies. It included representatives of foreign forces from across the globe. Yet where were the Poles who constituted the fourth largest group of Allies?  And why did it take until 10 July 2005 for these men, including sons of soldiers to march in London?

The remaining Polish veterans were to march in the 75th VE Day celebrations on May 8th 2020 but as these have been cancelled, the Poles have lost another opportunity to remind people of their heroic contribution to win the war.

Despite the Polish troops being the fourth largest Allied group in World War II, as soon as the European war ended the British government recognised the new communist government in Poland instead of the Polish Government in Exile to whom the troops were loyal. In 1945, the decision of the Yalta conference was announced, confirming that Poland was to lose territory to the Soviet Union and the rest of it was to be under Soviet domination. A year later the provisional government in Poland deprived the generals of the Polish army of citizenship and began to repress these soldiers who chose for family reasons to return home, treating them as foreign spies and enemy collaborators.

Polish soldiers felt betrayed for their loyalty and contribution to the victory of the Allied Forces and by early 1946, those stationed in the UK were being asked why they weren’t going home!  Of course they would have preferred to go home. Most simply had no choice. 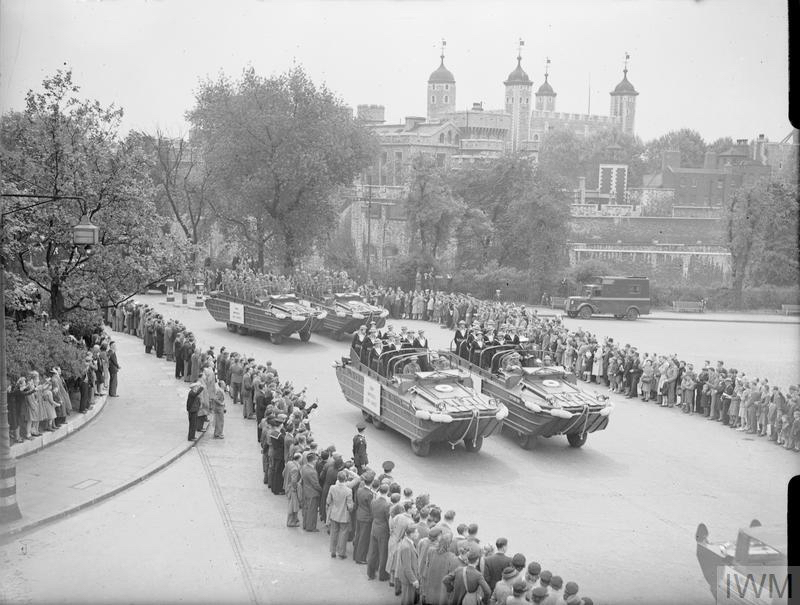 VICTORY PARADE IN LONDON, ENGLAND, UK, 8 JUNE 1946 (D 27863) Crowds line the route as Royal Navy amphibious load carriers make their way towards the Saluting Base in the Mall, as part of the Victory Parade. In the background, the Tower of London can be seen. Copyright: IWM. Original Source: http://www.iwm.org.uk/collections/item/object/205202327

During the war Poles had become heroes, especially those in the RAF during the Battle of Britain.  It must have been a very sobering time for the Polish soldiers who arrived in the UK in 1946 from Italy. Especially for those from the Eastern borderlands whose family lands had been annexed by the Soviet Union. One of my grandfathers didn’t even know if his wife and child were alive, having been told they had perished along with their home. After so much time together, the soldiers’ units had become their families. The Foreign Minister Ernest Bevin, wanting to broker peace with the Soviet Union, wrote to each Polish soldier in March 1946 entreating them to return home, adding that assistance would be given if they felt they could not. They must have been very shaken by this petition and uncertain of their future.

“A good friend of mine with whom I had many conversations before he decided to go, he was of this opinion that we ought to go and fight from within. He stayed in the forces about a year or eighteen months and they accused him of working against the state and he was executed…. many, many were sent to concentration camps”  (Mr Z, Sheffield, quoted in “War, Resettlement, rooting and ageing: An oral history study of Polish Emigres in Britain” by Michelle Winslow) 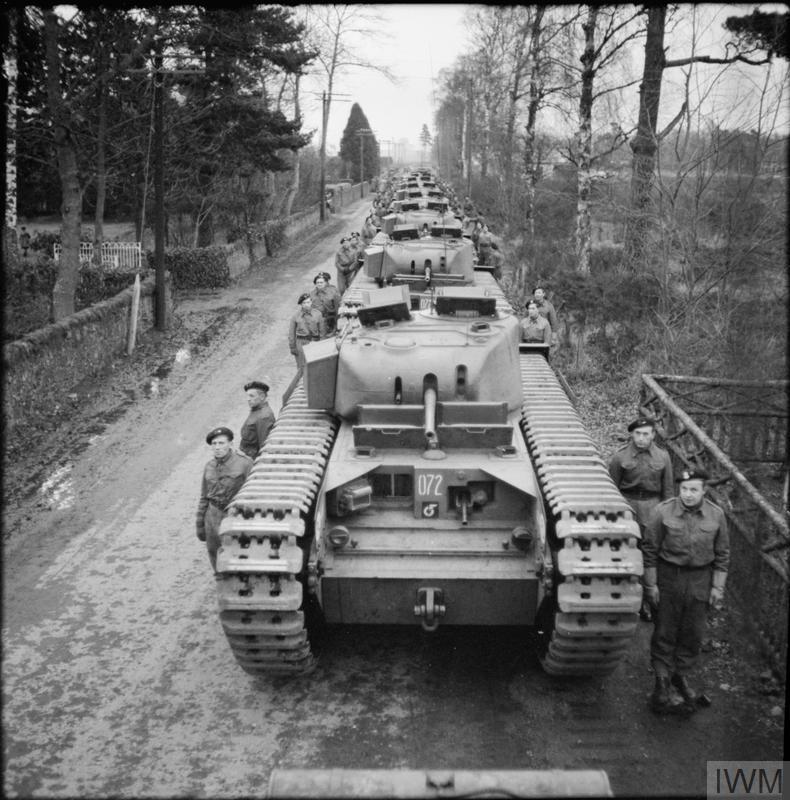 The Polish Resettlement Corps was established in May 1946 and the 1947 Polish Resettlement Act followed, allowing Poles to enter some workplaces, access to education and support. It didn’t take long for Poles to settle down, though still with an eye on their suitcases as they felt war could start any day with the Soviet Union.

Myths still abound over the invitation of Polish troops in 1946. When I worked at the Ministry of Defence, my Navy boss, despite being a decent man, would often say that the Poles always wanted special treatment and how they had in fact been invited to the Victory Parade. This isn’t quite true.  Initially forces from Poland were invited to come, rather than those stationed in the UK, but they were apparently instructed by Moscow not to accept the invitation. “Have you lost all sense of decency and gratitude?” commented Air Marshal Sir Philip Joubert at the time. After complaints in Parliament and from the RAF that the Polish soldiers in the UK had not been invited, a small group of pilots who had taken part in the Battle of Britain were finally sent an invitation.   They declined as so many of their colleagues in the Army and Navy had been ignored. You can only guess at the feelings of our soldiers, my grandfathers and all the Poles scattered across the UK in various camps, knowing this event was taking part and they were not being recognised for their efforts. In addition to the hopelessness of losing their homeland to communism, a regime they were all too familiar with. 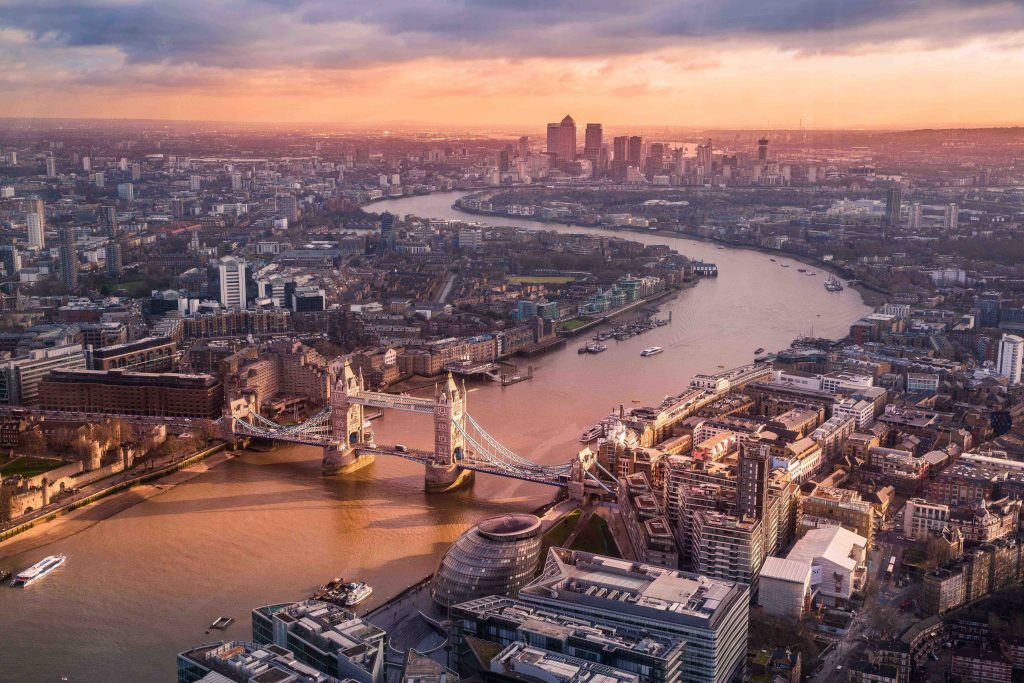 So the day of 8 June 1946 dawned in London without any Pole in attendance. There are also myths about the Victory Parade being a British and Commonwealth event, with only representatives of foreign forces who fought alongside Britain invited.  However let’s remember that these representatives took part in the event and Polish forces whether at home or under British command, had fought since the first day of the war in 1939.

So how did their inclusion in 2005 come about? In fact, large scale commemoration ceremonies only really started 50 years after the end of the war, though this is not an answer to the question of why it took so long.  In 2003, Michael Moszyński, son of Captain Stefan Moszyński  raised the issue with the then Prime Minister Tony Blair, who sent a formal apology via his Private Secretary, expressing regret that the Poles had not been invited to the Victory Parade. At the time they were starting to plan the 60th Anniversary Commemorative Event for 2005 and promised that the Poles would have a role.  However Michael continued to lobby dignitaries including The Duke of Edinburgh and the Head of the Armed Forces General Sir Mike Jackson, to give Poles a key role. It was the same Commodore, my ex-boss, who organised the National Commemoration Celebration Day of VE Day and VJ Day in London on 10 July 2005. A few days before it began, it was confirmed that the Poles would lead the march down the Mall.  Justice, finally? 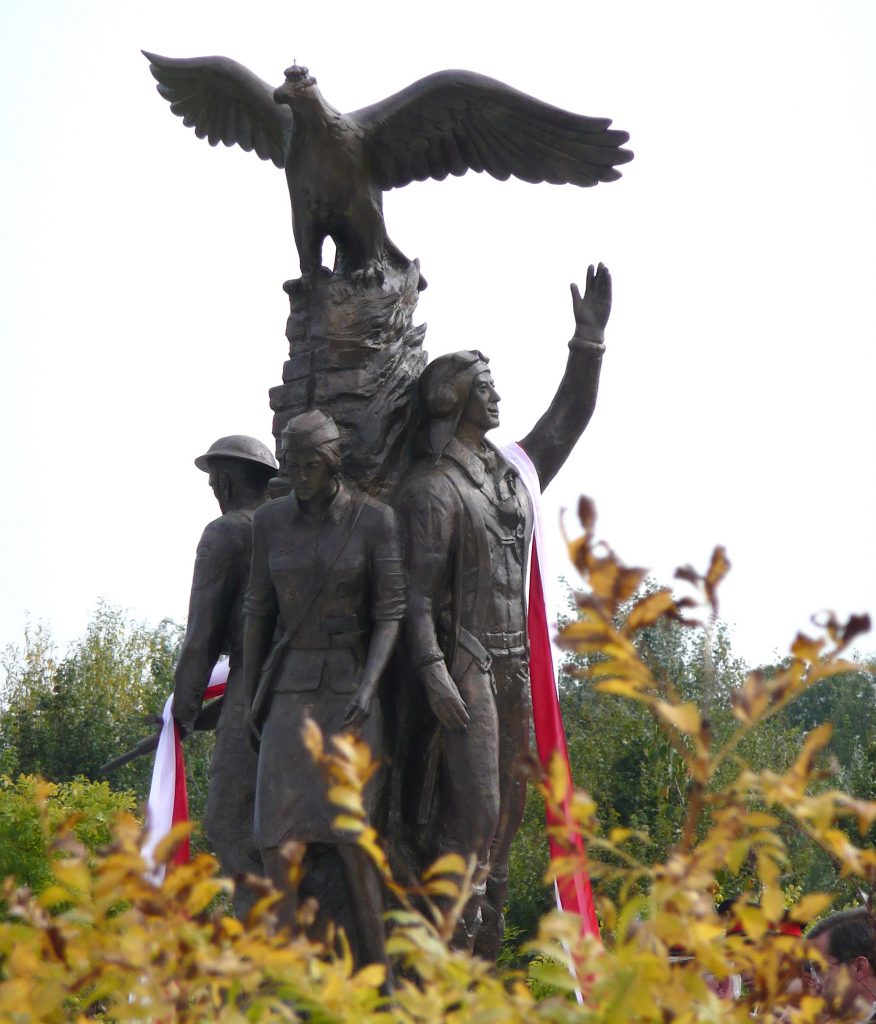 It took 64 years for the first official memorial to the Polish forces fighting under British command to be erected in September 2009 at the National Memorial Arboretum near Lichfield, 70 years after the outbreak of World War II.  Again, it only happened due to lobbying by Dr Marek Stella-Sawicki and Polish Associations. The first memorial to Polish airmen was unveiled in West London in 1948 and many more have been erected in memory of Polish soldiers since, by Polish groups including the Ex-Combatants Association and another is being discussed in central London at the moment. Sadly this is too late for our patriotic grandfathers to see…. but they are all fitting commemorations to their memory.

So constant campaigning does brings result, however late; achieving just recognition for our fathers and grandfathers … and there is a constant swell of support out there. Let’s remind our friends and neighbours this VE Day about the contribution of the Poles. Such a huge sacrifice cannot be forgotten.

This article is based on many sources including the works of Michelle Winslow, Michael Moszyński and Adam Zamoyski. Featured image is by Jeremy Hoare/Alamy Stock Photo. It was originally posted in July 2018 but has been updated.

If you enjoyed this article, you may also like to read the articles about Battle of Monte Cassino and the Deportation of the Poles to Russia

Polish Resettlement Camps on British soil link us all
In our search to find out our Polish families' lives both in Poland and in exile, one key element for the Polish soldiers, for their families and also displaced people...
39 Likes

How did Poles deported to Russia in World War 2 escape, to fight on?
The deportation of Poles by the Russians to slave labour camps in the Soviet Union during WWII is well documented if not widely known. You can read the testimonies here....
114 Likes

Finally a museum about our Polish families in Soviet captivity
On 17 September 2021, to commemorate the day in 1939 when the Soviet Union invaded Poland from the east, a Museum has opened telling the history of Poles deported to...
133 Likes
We use cookies on our website to give you the most relevant experience by remembering your preferences and repeat visits. By clicking “Accept”, you consent to the use of ALL the cookies.
Cookie settingsACCEPT
Manage consent